How to be happy: Philosophical counselling

Ditch the antidepressants and get a dose of Confucius. Philosophical counseling is the latest prescription for how to be happy. 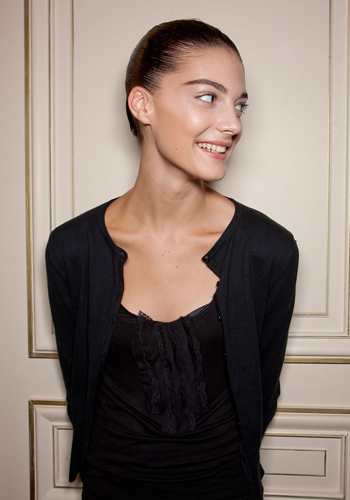 When life serves you lemons, make lemonade, they say. But what’s a good recipe? Some people swear by Freudian analysis as the way to make the best of life. Others manage to squeeze a bit of well-being out of cognitive behavioural therapy or pharmaceuticals. And then there’s a whole new treatment on the rise that is endorsing Socrates for what ails us. Actually, not just Socrates but Derrida, Tolstoy, Spinoza, Diogenes and Nietzsche. Philosophical counsellors think that the answers to many of our problems lie in the library, not the apothecary. Of course, Kant’s categorical imperative is little help to anyone in the depths of a clinical depression, but what if the unhappiness stems not from medical reasons but spiritual, or even, God knows, metaphysical?

“We live in a complicated and confusing world, and people are drowning in information,” says Lou Marinoff, founding president of the American Philosophical Practitioners Association. “There is a lot of stress. Life has become more complicated than ever, and people are suffering in unprecedented ways. These are not diseases; the difficulties are human problems and not mental illnesses.”

Marinoff, who is Canadian, teaches at The City College of New York and is the poster professor for the philosophical counselling movement. He says that “everyone is pregnant with wisdom, and the philosopher is the midwife”—a paraphrasing of Plato. “What I do with people is try to understand their way of thinking and their way of looking at the world, and I help them discover what their inner philosophy is.”

By listening to the client (who typically sits in a chair and converses rather than soliloquizes from the analyst’s couch), the counsellor divines his or her inner philosophy and recommends thinkers who have ruminated about similar preoccupations. The prescription may range from readings of certain Confucian Analects or Mahayana Buddhist Sutras (dosage: once daily before bedtime) to a Ralph Waldo Emerson essay (three times a day before meals) to a shot of Sartrean existentialism (first thing in the morning.

How to be happy: Is going with your gut the best relationship advice?


The secret on how to be happy


More on how classic philosophies can cure loneliness and teach you how to be happy again, on the next page…

Despite fostering a keen understanding of the mysteries of human nature, the contemplative life has rarely been a practical profession. At worst, it is intellectual Ping-Pong between ivory-tower academics; at best, it has provided guidance in the public-policy sphere. Twentieth-century public intellectuals like Bertrand Russell wrote and lectured about things that people were concerned about, like women’s right to vote and the ethics of nuclear weapons. John Dewey thought deeply about education. Contemporary philosopher Cornel West has written widely on race and weighed in on a number of causes, from animal rights to the current Occupy movement. Noam Chomsky is another living philosopher who is active in the public arena: He recently spoke out in favour of the Occupy movement and wrote disapprovingly about Osama bin Laden’s killing.

Still, few are the philosophers who engage with the general public, and even fewer still are those who use the discipline to solve people’s problems, such as loneliness,
career frustration, obsession with weight, disillusionment or a million other anxieties. And yet, philosophy is the ultimate self-help tool. As Epicurus put it more than 2,000 years ago, philosophy is the “therapy of the soul.” According to an article last year in The Washington Post, there are about 300 philosophical counsellors in 36 states and more than 20 foreign countries who are certified by the American Philosophical Practitioners Association. Hundreds more practise without a certificate. This boom in philosophical therapy is happening just as we have latched on to something that goes very much to the heart of philosophy:
happiness.

As individuals, we have always wanted to be happy, but happiness is now being touted as something to which society as a whole should aspire. Last year, British prime minister David Cameron announced a $3-million scheme to measure the nation’s happiness. The big idea is that how we rate our well-being in terms of things like health and education is as important an indicator of a nation’s progress as traditional statistics, like the gross national product. Put another way, progress is about not only how much money we make but also how good we feel. This is a radical about-face. If even untouchy-feely macroeconomists are shoehorning happiness indices into their pie charts, then happiness has become part of the national discourse. Which means that ordinary people are thinking about it too.

Not only is it dawning on us that we can’t spend our way to happiness; we might not be able to medicate ourselves there either, unless it’s our neurotransmitters that are malfunctioning and not something less tangible. The good news about philosophical therapy is that there are no side effects. And enlightenment, although not guaranteed, doesn’t require the minimum two-year stretch that classic psychoanalysis does. But the even better news is that philosophical counselling sets us right by helping us reflect on things we already knew but had forgotten or never realized we knew.

“The power of the mind is very great, and it has been neglected,” says Marinoff cheerfully. “We have become too dependent on finding solutions outside of ourselves. Our internal resources have become neglected by too much emphasis on the consumption of technology, which is both a good and a bad thing. Technology is convenient. It has doubled life expectancy. But there is another side, which is that humans have inner resources. Sometimes you want to go inside to find the answer to your problem.”

Read more:
Relationships and infidelity: The Other Woman
How to be happy: Is going with your gut instinct the best relationship advice?

Date tips: How to flirt with confidence