How One Woman Learned to Embrace Her Awkward Dating Style 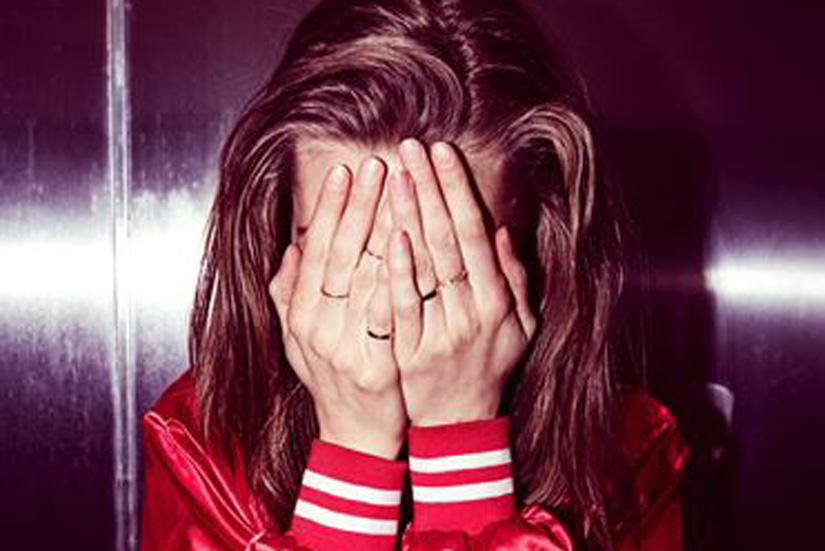 I recently met a cute guy at a party. We shared a drink by the fire. Unfortunately, rather than batting my eyes seductively, I gesticulated too wildly, spilling a glass of Chablis on his wool cardigan. I followed that faux pas by discussing my most recent urinary tract infection. So I was flabbergasted when, the following morning, the man from the party reached out over social media. Was I smoother than I remembered?

That weekend, my new flame made us reservations at a romantic restaurant with non­-plastic tablecloths. After dinner, he escorted me home. After dinner, he escorted me home. Then, right before our good­-night kiss, he whispered: “I’m glad I asked you out. I knew you were too awkward to make a move.” I was baffled— and more than a little insulted. He was basically calling me a hopeless dork. I’d like to tell you I slammed the door in his face. Instead, we ended up making out in my hallway. (I blame the wine we drank on the date.)

The next day, I awoke with a slight hangover, ate half a jar of Nutella and started ruminating on the encounter. To me, the word “awkward” has long been an insulting synonym for “unattractive” or “unlikeable.” But perhaps I was projecting my own insecurities onto my make-­out buddy. Maybe my admitted lack of poise—which I had always felt was a personal failing that I should repress— wasn’t the obstacle that stood between me and finding a perfect paramour. Like Wonder Woman’s immortality or Superman’s ability to fly, maybe awkwardness was my own personal superpower. And maybe it was time I started owning it.

I have, after all, been dating since I was 14 (I’m now 31), so I’ve definitely invested the requisite 10,000 hours Malcolm Gladwell argues it takes to become genius­-level at something. And yet the only game I possess is a 1990s edition of Monopoly. I’ve always identified as more “hot mess” than “hot.” When I characterize myself as gauche and graceless, that isn’t coded self-deprecation about some sort of underlying cuteness. I am not awkward in the “adorkable” way Zooey Deschanel fronts as on New Girl. Sure, Jess sometimes snorts when she laughs. But mostly she looks like a Renaissance painting clad in a plaid shirt. Nor am I awkward in the way of Issa Dee on Insecure, who may practise confronting her ex in the bathroom mirror but usually has the best one-liners in the end. No, I am awkward in the way of a woman who splurges on a chic little black dress for a date at the opera and then sits through the entirety of Tosca unaware that she’s wearing it backwards.

It sounds foolish, but my teenage self thought her awkwardness  would dissipate like a bad perfume  when she finished puberty. I spent  most of my adolescence praying to  the ghosts of Dorothy Parker and  Nina Simone (my own personal  goddesses) to miraculously make  me JLo levels of cool. I’m a millennial, so Lopez is the first person who  comes to mind when I think of a sexy  woman who’s in control of her destiny. I spent years watching the superstar work her game all over the pages  of glossy magazines: She starred in The Wedding Planner, she created a velour-track-suit empire and Ben  Affleck literally kissed her perfect ass  in a music video. She glides through  life with an aura so smouldering it  could light a sodden pile of firewood. Meanwhile, I feel like the frizzy-haired girl who helps Jennifer Aniston  find “the one” through 90 minutes of movie fun. This feeling was exacerbated last year when I re-entered the dating scene after the demise of my first-ever domestic partnership. I hadn’t been single since age 26, so I was excited to transform into a new, soignée version of Sarah—like I was Laney Boggs in the second half of She’s All That.

Guess what? That didn’t happen. I was so desperate to convince potential partners I was cool that I lied about planning a trip to Coachella (crowds make me anxious) and pretended not to believe in ghosts. (I’m convinced my high school was haunted.) Then came the fateful kiss that inspired all this introspection.

Because I’m a nerd who reads academic journals on the beach, I decided to seek out celebrated psychologist Ty Tashiro to help me work through these feelings. He’s the author of the very aptly titled book Awkward: The Science of Why We’re Socially Awkward and Why That’s Awesome. During our conversation, Tashiro made a point my 13-year-old self would have found revolutionary: Awkward folks aren’t broken—we just see the world differently. Yes, we are more likely to be introverts who get stuck in our heads and overthink things, which leads us to miss social cues and signals. (In my case, that means forgetting not to mention urinary tract infections while flirting.) But Tashiro’s research also reveals that we socially inept members of society make totally on-point partners. For example, awkward types have increased empathy— probably because we know how it feels to eff up. We’re loyal too. And we have an endearing tendency to wear our hearts on our sleeves. That means you’ll never be in doubt about how much we dig you. “When awkward people are at their best, there is a refreshing transparency,” he told me. “Modern dating is so opaque, so it’s kind of nice for someone to say ‘This is why I like you.’”

Tashiro also reminded me that dating can be clumsy for everyone. “It’s such an emotionally charged event,” he added. So, even if you’re as cool as Zoë Kravitz, there will be the strangeness of the first time you see someone naked, or the time your partner accidentally calls you by their ex’s name. There’s no need to attach a stigma to our dating fails.

As for the guy from the party, we didn’t make it past the second date. It turned out we had too little in common to make it in the long term. But I’ll always remember the personal growth his sweet(ish) nothings inspired. When a guy called me awkward with the same mouth he used to kiss me, it sparked this revelation: There’s more than one way to be sexy, and maybe one of those ways is to be me.