How one woman found happiness through baking 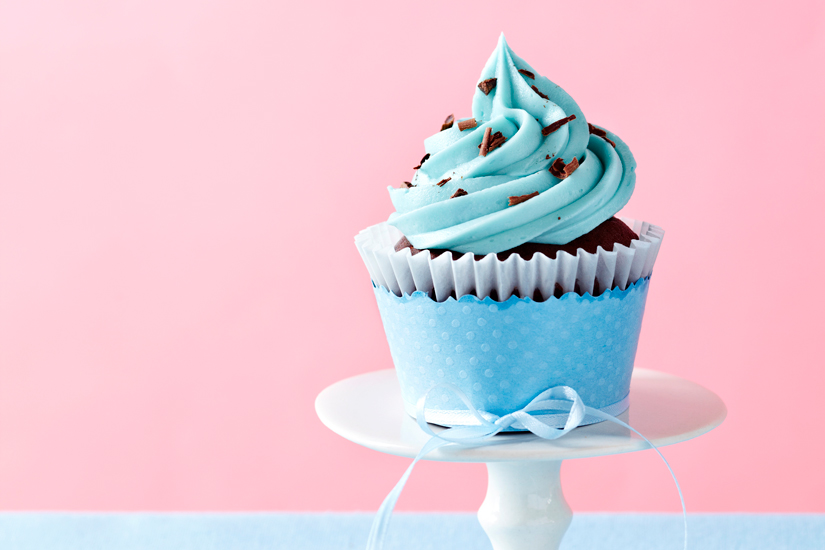 I’ve never prided myself on my culinary skills. My signature dish is macaroni and butter (which doesn’t usually turn out). For months in my 20s I feasted on bags of cheesy popcorn in bed, considering it a well-balanced meal. And whenever my mom used to remind me of our years spent making cookies and cakes together, I would put my hands over my ears (metaphorically, duh) and “la la la!” my way out of the conversation.

At the time, I believed that caring about pastries, dough rises and bake times would undermine my reputation as a Serious Professional Person. To me, choosing not to cook implied that I was busy and had “better things to do.” My complete disinterest in the kitchen branded me an independent woman. Or so I thought.

Even as a teen (yes, Mom, I remember), when I made snickerdoodles, shortbread and sugar cookies at Christmas, earning kudos from my pals and retail co-workers, I’d downplay my enthusiasm for my craft. Baking seemed precious and twee, and I was neither of those things. I didn’t look cute when I baked – I complained and I swore and I got unattractively flushed and usually spilled a lot of flour, which I tried to kick under the cupboard to avoid sweeping up. Plus, I was lazy and I hated washing dishes. And, so, eventually I began to avoid it all and declared myself a consumer of baked goods and not a maker of them. Baking was (a) domestic and (b) for professional bakers. I was neither.

That was my reality back in the fall, when, on an afternoon when I absolutely should have been working, I gave in to both my love of procrastination and British programming and watched my first episode of The Great British Bake Off. For the uninitiated, this is a reality-TV show in which amateur bakers complete a series of challenges (making everything from custards to cupcakes) until one winner remains.

I loved the judges – the kindly Mary Berry versus the poker-faced Paul Hollywood – and the banter of hosts Mel Giedroyc and Sue Perkins. (I’ve never wanted to be adopted or befriended by two women more.) I loved that under this massive tent in the sprawling English countryside, a world existed in which making a soufflé was the biggest challenge imaginable. And I loved that, instead of undermining one another, the bakers worked together and hugged and commiserated, even going so far as to try to help salvage another contestant’s slowly collapsing cake.

Most of all, I loved the way everybody just went for it. Whether a stay-at-home mom (like season-six champ Nadiya), a teenager (Martha), an engineer (Andrew) or a teacher (series-seven winner Candice), every participant threw themselves into the challenge and let their passion take over. There was no “right” or “wrong” way or antiquated notions of domesticity. Nothing about GBBO seemed affected or like the basis for Pinterest boards made by Taylor Swift, and it shattered the myths I’d built up around doing anything in the kitchen. Everything they made seemed doable, and I wanted to do it too.

After watching the infamous batter episode of season seven (if anybody asks you to make lace-inspired pancakes, run), I emerged from my bedroom and announced to my parents and my cat that I was going to make Yorkshire puddings. Which, true, are not desserts. But they made them on GBBO, and I also figured that nothing need stand between me and mastering the ultimate comfort food.

Despite my mom and dad not seeming to care about my declaration, they certainly ate most of the batch. Because, whether it was due to following the recipe or my being a baking savant (sure), I made Yorkshire puddings that were perfect. So perfect, in fact, that I posted them on social media to bask in the glory of strangers’ likes. And, yes, I was still tired, I still cursed a blue streak and I still spilled flour on the floor, but the satisfaction of knowing that I could attempt a recipe I’d never tried before, succeed and stay true to myself kept me going – even long enough to clean up the kitchen.

I didn’t go to church but I DID make bread pudding and yorkshires for when my parents came home so I’m technically still a good person.

I went from Yorkshires to bread pudding to ginger cake to sticky toffee pudding. I made my own jams and custards (learning too late the importance of completely dissolving the cornstarch – unless you’re into cornstarch-flavoured jam) and made shortbreads and sugar cookies like I was 16 again. I followed the recipes carefully, still managing to make a mess and always ending up red-faced and overheated. I’d have to put The Graham Norton Show on in the background to distract myself from overanalyzing the rise of a cake. I ate my weight in cookie dough because I’m a grown-ass woman who lives her own truth.

But as I soaped up a mixing bowl and wiped batter off my spatulas, two things occurred to me. First, baking can work out or it can go terribly wrong, and there’s no hiding from the results. It’s no coincidence that during the years I prided myself on my inability to bake, I was also desperately combatting self-doubt about my job and my friendships and my life in general. Which meant that any mistake in the kitchen would exacerbate my feelings (and fear) of failure. And, technically, you can’t fail if you don’t try.

Second? Those same doubts were based, at least in part, on my belief that I had to be a particular way, had to project a particular image – and that if I didn’t, people would see through to the fake I was underneath that bravado. But unleashing my messy, swearing, baking self was a revelation: I could do this without having to be that. I was baking the way I wanted to –and I’d never been happier.