How One Woman Found Comfort in Flowers After Losing Her Job 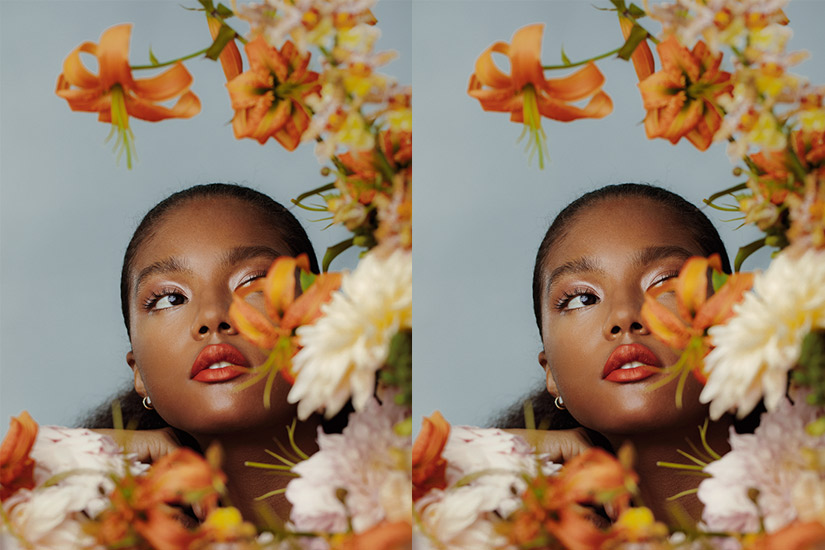 I was made redundant at the beginning of 2018. After two years as an editor, I was informed by a group of solemn faces that I no longer worked for their media company, and they handed me papers to sign and a cab chit to get me home. I packed up my desk and walked out the back door without saying a word to anyone. For a week, I was numb, stunned. Then the reality of my situation hit and I collapsed into a pool of tears, overcome with fear and anxiety. How would I pay the bills? Would I write again? What would I do?

This went on for days. I stayed inside my apartment, avoiding calls and rewatching Grey’s Anatomy (yes, all 14 seasons). One morning, I hastily put my jacket over my pyjamas and walked to a market on my west Toronto street. I didn’t know what I was doing—only that I needed to do something. I passed toddlers and parents heading into coffee shops, teenagers getting ramen and killing time in Dollarama on their lunch break. It was February, slick and cold, but market owners were still putting baskets of fruit and flowers outside for sale. There were more flowers inside one warm, overstocked store. I was drawn to a purple and white orchid sitting among some louder-hued flowers. Its young stem was clipped to a green stick, and its buds were closed up tight. I found it so serene that I quickly bought it and left, holding my new plant close to my heart. I was enveloped in a sense of calm I hadn’t felt since being laid off. When I got home, I carefully placed the orchid in my living room, determined to keep it alive.

After that, I was devoted to keeping flowers in my home. For every moment that felt too much in the following months—and there were a lot—I sought out flowers. I went to the market nearly weekly, buying small bouquets. First, white tulips. Then red roses (a favourite). Then peonies, anemones. Come May, I sought out soft hyacinths and ranunculus (a heavy name for such an ele­gant bloom). In June and July, there were fragrant sweet peas; in August, dahlias of every colour. By the end of summer, I had become a regular at markets in other neighbourhoods and a dutiful disciple of the Toronto Flower Market, where vendors sell seasonal flowers.

Growing up, I had spent hours in nurseries with my mom, helping her pick out new perennials and annuals for her garden. She taught me how to split the roots with care before transferring them into the soil, clip off dead leaves from the stem and water gingerly. But living in a basement apartment limited how many plants I could have. Flowers were smaller, easier; I could split up the bouquets and leave them in vases scattered around my place.

When I brought flowers home, my partner would often roll his eyes while I inspected their stems and smelled their buttery petals. He believed they were a waste of money because they inevitably died. I saw them as survivors. I felt compelled to take care of them, to learn about their taxonomy. How they thrived despite all sorts of conditions lit a spark in my brain. To relearn about the earth, what is in the soil and how flowers grow became an occupation more therapeutic than anything else I’ve experienced. Turning to blossoms was intuitive, like meditation.

My mood shifted with every new type of flower I bought. Wildflowers made me spontaneous and carefree, their blooms temporarily diminishing my worry that I was a glaring failure for not having a permanent job. Peonies, delicate and tender, taught me that it’s okay to retreat from the world to tend to any bouts of anxiety with care. And dahlias, blooming well into autumn, fierce and strong and refusing to back down, reinforced the traits I needed to jump into life as a freelance writer—which I did, slowly but surely. I do understand that the obstacles I faced were not solved simply by purchasing flowers, but bending my temperament to the season’s offerings as I navigated this massive upheaval felt natural.

As I write this, it has been almost a year since I was laid off. Working for myself feels better. Even though assignments aren’t always predictable, I accept what I can’t control in my work and personal lives, making room for spontaneity when it comes. That first orchid I bought last February sadly wilted, but I’ve bought a creamy white one to replace it. I also keep calming dried lavender and eucalyptus on my bedside table, as well as wildflowers to give me a nudge to let go a little sometimes.

I still make weekly trips to markets, inspecting new deliveries and species. I bring back tulips—white, pink, yellow. Oxblood or burnt-orange roses have become staples. I change their water every other day and watch their buds unfold before me, seeing them thrive. Just like me.