How baseball helped one woman overcome her worst anxieties

"Nothing has been as dependable as the healing properties of baseball." 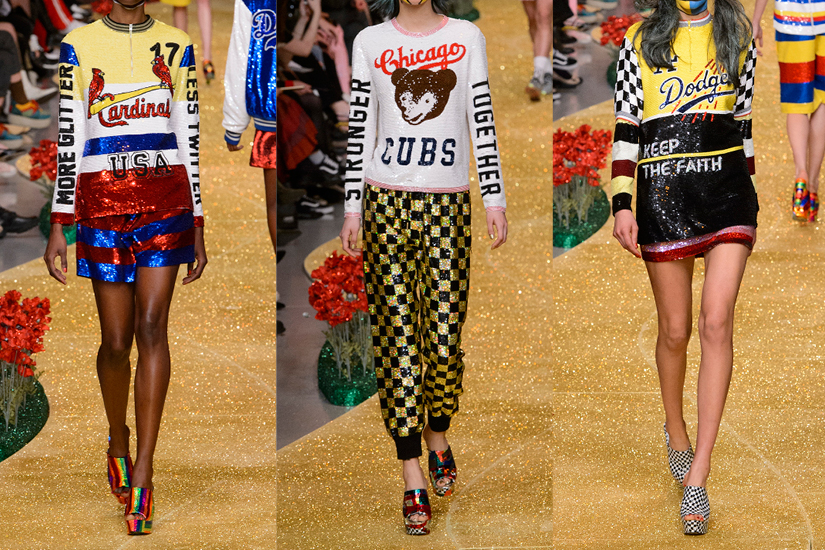 Last fall, after the Chicago Cubs won their first World Series since 1908, I set a countdown clock on my phone to baseball’s 2017 spring training. Just over a month later, I booked an Airbnb and a flight to Florida, and by January I was carefully selecting my seats at the Toronto Blue Jays’ Grapefruit League home in Dunedin, Fla. Come February, I lovingly folded my baseball jerseys and T-shirts and pulled my worn ball cap down from the shelf and put it all in a tidy pile in preparation for packing.

These deliberate actions were not only for the love of the sport – something I certainly have a lot of – but also because all that planning and all that anticipation soothes me in the winter the way nothing else can. While slogging through the months of snow and slush, watching those “countdown to spring training” numbers creep toward zero and knowing that I’ll be reunited with those boys in blue gives me a very personal reason to soldier on.

I’ve dealt with pervasive anxiety for much of my adult life. Looking back, it feels like there has always been this buzzing, twitching alien thing lodged in my brain, making even simple things difficult to cope with. I’ve suffered from claustrophobia and agoraphobia. I’ve dreaded boarding airplanes and riding the subway. I’ve found it hard to catch a Friday-night movie, go to a party with friends and, when I have been at my worst, walk to the corner store to pick up a carton of milk.

The severity of this irrational unease has ebbed and flowed over the years, but when I was finally diagnosed with generalized anxiety disorder about a decade ago, it was because frequent panic attacks, looping negative thoughts and a long list of terrifying physical symptoms had left me mostly housebound. Since that initial diagnosis, I’ve struggled to find a cure, despite the long list of suggestions that have been served up to me. I’ve tried everything from cognitive behavioural therapy to meditation to acupuncture. I’ve been prescribed various drugs, recommended a strict regimen of physical exercise and asked to embrace mindfulness as a way to pull me out of my terrible fog. (I can’t tell you how many times people have told me yoga is the answer.) I’ve certainly talked to more professionals about my feelings than I’d care to count. I have tried so many things, some of which have worked, but nothing has been as dependable as the healing properties of baseball.

I know. It sounds ridiculous. That I found relief in the game is probably as surprising to you as it was to me at the time. I don’t come from a family mired in athletic tradition, and my social group is much more likely to be found at the bar than on the playing field. While I enjoyed a variety of sporting events through my teenage years and into adulthood – even the storied ’92 and ’93 World Series – I certainly wasn’t obsessive about following the standings or the players’ careers and was much more likely to be found with my head buried in a book than unpacking any complicated stats or worrying about trade deadline acquisitions.

All that changed in October 2011. My anxiety had evolved into a debilitating depression, and I was often found under a blanket on the living-room couch. Lying there one evening, distractedly flipping through channels, I tuned in to game three of the American League Division Series and watched the Detroit Tigers narrowly beat the New York Yankees. I admired the pitchers’ unshakable resolve on the mound as they worked through each out with incredible focus. I found joy in every hit and every catch, every runner safe at home. I revelled in the players’ celebrations, and I mourned their losses. A deep loyalty to the game began to take root. During a period marked by personal darkness, baseball became something to hold on to – something to care about. I was hooked.

The following season, I went to the ballpark again and again – much to the surprise of everyone who knew me. For someone once so afraid of leaving the house, it was a miracle that the noisy, gleeful buzz of the stadium, with its yelling beer vendors and boisterous fans, felt like a balm for what was ailing me. The roar of the crowd brought me peace instead of panic, and I believed in the game and its players like a new-found religion. The more I loved baseball, the more it gave me: the explosive thrill of a well-executed play, the high drama of a close game, the elation of a walk-off home run.

As time went on, I came to understand that this game – its stadiums and the human connection it fosters – provides a place where I feel the safest and sanest. Whenever my anxiety rears its ugly head, I immediately feel drawn to baseball’s red dirt and green grass, its cheerful communal atmosphere, the call of the umpire and the crack of the bat. That doesn’t mean I no longer need a therapy appointment or the occasional Ativan, but something about the scheduled structure of baseball, its reliable constancy and its tiny triumphs brings me comfort that I find hard to summon otherwise.

People often talk about how playing sports is a good method for fighting off anxiety, but for me watching them has the same effect. Baseball is uniquely soothing because it’s not played according to a clock, and its subsequent leisurely pace gives you time to reflect and connect with the other converts around you. After feeling lonely and lost for so long, I find that it’s a blessing to share in that love with a vast community of devotees.

The symbolic nature of baseball – that everything eventually begins again – has been incredibly important to me while enduring the darkness of winter, the troubles in the world and the messiness of my mind. It has been especially helpful during these recent months – a time that, on a global scale, has felt fraught with hopelessness. More than ever, we need the things we love, whatever they may be, to help us move forward.

The Blue Jays home opener falls on April 11 this year. On game day, I will arrive ridiculously early, hand over my ticket enthusiastically, push through the turnstile and finally be back where I belong. The first time I see my team burst out of the dugout and onto the field will be like a bugle call heralding the return of hope, offering a promise that something – at least for the next seven months – will get me through. Sure, it may be odd that a bat, a ball and a diamond ended up being the remedy I so desperately needed, but, given how much happiness and comfort baseball has given me when things were at their worst, I’ll never question it.