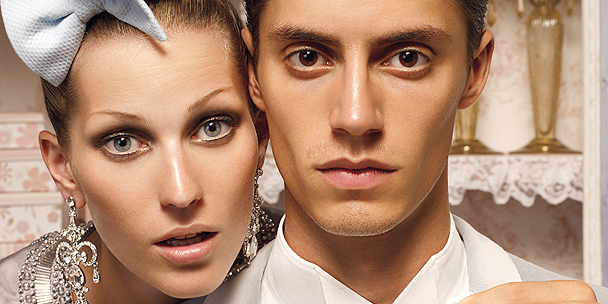 Word play
GBF abbreviation Gay best friend.
Origin Carrie and Stanford, Will and Grace and now Glee’s Mercedes and Kurt. Having a GBF (a real one rather than a fictional one) can be good for your selfesteem, says Nancy Bartlett, a psychologist at Mount Saint Vincent University in Halifax. In Bartlett’s research, women reported that they feel more sexually attractive as a result of their friendships with gay men. Your line “I’m looking for a GBF and I’m no cat lady!” Try it “Who’s up for a girls’ night out at the gay bar? Anyone?” – ALLISON DEAN

Dealing with disconnect
Feeling ostracized at parties or rejected by your co-workers? Taking a Tylenol might help. A recent study published in Psychological Science reports that acetaminophen reduces emotional pain caused by difficult social situations. Researchers had study participants pop a Tylenol every day for three weeks and tested them by slowly excluding them from a virtual game of ball. Participants who were taking the painkiller felt less rejected than those who were taking a placebo. So, save yourself a headache at that next singles mixer and don’t let those awkward silences and petty digs get to you! – PHOENIX TARAMPI

’til friends do us part
Depending on who your friends are, divorce can be as contagious as the flu, concludes a study at Brown University in Providence, R.I. Researchers found that if a close friend’s marriage is on the rocks, your chance of a split increases by 75 percent. Even the divorce of a friend of a friend ups your chances of getting unhitched by one-third. This “divorce clustering” occurs when the breakup of friends causes couples to question their own relationships. Thankfully, the divorce effect disappears at a friend of a friend of a friend. Phew! – AVA BACCARI

First impressions
1 hour The amount of time it takes for a woman to determine whether she wants to see a man again or not.

15 minutes The amount of time it takes for a man to decide whether he wants to see a woman again or not.

Call of the wild
First it was Demi and Ashton; next came Madonna and Jesus. And then Kick-Ass star Aaron Johnson, 20, became a baby daddy to his Nowhere Boy director and fiancée, Sam Taylor-Wood, 43. The cougar-cub love affair is still going strong in Hollywood! Now, with reality-TV star Linda Hogan, 50, allegedly engaged to 21-year-old Charlie Hill, we want to know: Will we be seeing The Real Cougars of Beverly Hills on TV anytime soon? – ALANNAH O’NEILL

Read more
Love yourself to cultivate a healthy relationship
Online dating dilemmas
Are you a people pleaser?