As digital socializing becomes the norm, how do we say goodbye to friends we outgrow? We explore the tricky business of unfriending online pals. 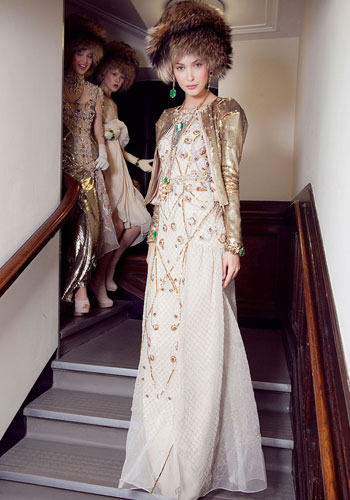 I’d already turned on my laptop and settled in at the coffee shop’s communal table when I realized she was there. Sara was my friend – at least, she used to be. I wondered if I should say hello.

Two weeks earlier, Sara had announced on Facebook that she was planning some "pruning." Her instructions to all: "Let me know if you want to keep in touch. Otherwise, I’ll be removing you from my friend list." Although I’d only known Sara for a few years, I considered her a real friend, not just an online "friend."

We’d shared picnics in the park with our kids and late-night heart-to-hearts. I assumed her note wasn’t referring to me-it must have been directed at those other "friends," the ones you can’t quite remember how you met – and so I ignored her request. But when she unfriended me a few days later, I was hurt. And when her profile later disappeared altogether, I thought she was just taking a social-media break.

Back at the coffee shop, my new "unfriend" finally looked up and noticed me-and her expression betrayed not-so-pleasant surprise. Presumably to fill the awkward silence, Sara spun her laptop around.

"Hey, how have you been?" she stammered. "I was just looking at this gorgeous photo that my friend posted. What do you think?"

"Well, um, sorry, yeah," she answered sheepishly. "But you can only have so many people on your list, you know, and, well…"

Part of me wanted to call her on her lame excuse. (The limit for Facebook friends is 5,000. Come on.) But I realized that, ultimately, the decision to cut me – and then block me – was hers. So I told her it was no big deal, and I feigned a looming deadline to bring the awkward conversation to an end. But I couldn’t get the encounter off my mind.

It’s not that I’ve never unfriended anyone. (I’m all for guarding against Internet lurkers – and I stand by my decision to delete the guy my brother went to boarding school with, the one who kept posting pictures of himself alongside dead quarry after weekend hunting trips.)

In fact, according to a study released earlier this year by the Pew Research Center, 63 percent of social-media users admit to deleting friends regularly.

But the Sara encounter made me wonder: Now that we weren’t friends in the virtual world, were we no longer friends in real life? (The conversation in the coffee shop certainly made it feel that way.)

I decided that I would be willing to trade all the benefits of Facebook (including the knowledge that
a man I once wept over went bald and married a woman who resembles a Shar-Pei) to go back to a time when "unfriend" wasn’t a word (it is: Oxford made it official in 2009), to an era when friendships ended in tears and recriminations, not with a solitary click and then, well, nothing.

Online interaction is now a huge part of our lives, but we clearly don’t have the nuances down yet. Without the cushion of facial expressions and tone of voice, it’s easy to take a text or a tweet the wrong way, and I often do. Lately, I’ve found myself longing for the subtleties that come with what is now referred to as "real time" socializing.

To me, an LOL is never going to ring as true as an actual laugh. (Is WTF supposed to sound as forceful as it would if stripped of its acronym? Is using OMG still a mortal sin?) I know that I can’t hide from tech-induced interactions, but, after my experience with Sara, I did consider deactivating my Facebook account.

Instead, I went inactive for a few weeks. But that just made me feel left out of the digital conversation. So I went back online – without any plans for an unfriending spree.

It sounds so simple – to just make an effort to connect with friends in more authentic ways. Perhaps this was Sara’s intention in the first place…. I should give her a call.