Friendship advice: How to deal with grown-up mean girls and adult bullying

While dodging mean girls between English and chemistry class can be the norm in high school, facing adult bullying is an entirely different experience. Here's how to tell the difference between true friends and grown-up mean girls. 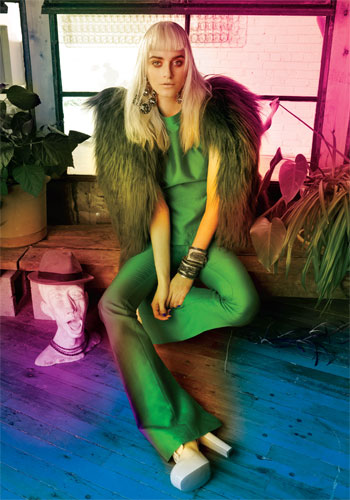 In high school, my fictional heroines were the Great A’s: Anne Shirley (
Anne of Green Gables), Andie Walsh (
Pretty in Pink) and Angela Chase (
My So-Called Life). These smart, strong redheads shrugged off the hierarchy of teen popularity and existed- miraculously, it seemed-outside the orb of prom queens and football heroes.

Despite my dream to be the brilliant misfit (who, of course, won the heart of the hottest boy in school), I was more like another "A" character: Amanda Jones (Some Kind of Wonderful), the all-star follow-the-leader girl with the diamond earrings-and popularity- loaned to her by the notorious queen bee.

If you remember high school, you remember the queen bee. You might have hated her, plotted to usurp her or dreamed of being her. Either way, you knew the one crowned "most popular"-though it’s less likely that she knew you.

I was in my queen bee’s inner circle, proud to have been chosen, ever conscious of the sweeping room for error. When I left the West Coast to attend university in New York, I felt free-I learned how to forge friendships based on something other than status. Then, in my late 20s-when I thought I was well past my Some Kind of Wonderful days-I found myself under the sway of a group of grown-up mean girls.

Thin, rich and beautiful, they were like exaggerated versions of my high-school friends-except that they measured worth by job title, not honours standing. With their designer handbags and doctor boyfriends, they embodied everything that I thought a successful adult should be.

Never mind that I had a career, a boyfriend and a supposedly healthy self-image. Suddenly I felt 16 again. Within a few months, my friends controlled both my life and how I thought about it. In one breath, they made fun of my relationship and trivialized my job; in another, they told me that they loved me.

Is your social circle comprised of true friends or mean girls in disguise? Keep reading for more friendship advice on the next page…

That see-sawing between tenderness and control is part of the mean girl’s allure. "She offers the possibility of being accepted by someone who is very selective," explains Rachel Simmons, author of
Odd Girl Out: The Hidden Culture of Aggression in Girls and co-founder of the Girls Leadership Institute in California.

"She can make you feel like dirt or like you’re the best and only person in the room. It’s all about power, whether we’re talking about highschool or the office. The queen bee makes you work for [her
friendship], and when you get it, it feels incredible." Still, without youth as a defence, it’s embarrassing to admit to being bullied-even though the reasons for female aggression don’t disappear after the high-school diplomas are handed out.

I wasn’t completely unself-aware. I knew that my grown-up mean-girl posse was poisoning me with self-doubt and making me question everything from my job to my shoes. Still, I was drawn to them for the same reason that I had wanted to be popular in high school: The group was exclusive, and I had been invited.

"I think the people who are attracted to mean girls are the ones who, in some way, enjoy that cycle," says Simmons. "They like the up and down of it, even if they don’t think they do."

In an effort to figure out why I found this cycle so attractive, I talked to my friends and colleagues about their own experiences. Some of them had even been queen bees themselves as teens.

Clarissa Stewart, now a successful interior decorator, describes herself as "a walking cliché" in high school. As the cheerleading captain, she presided over the corridors, in designer jeans and high heels, arm-in-arm with her quarterback boyfriend. By all appearances an archetypal queen bee. "I pretty much did whatever I wanted and others seemed to always join in,"Stewart admits to still being susceptible to the trap of toxic friendships. "The attraction is simple: You’re looking for someone’s approval," she says. "People will go far to get that."

Today, Stewart is less concerned with winning that approval. "In high school, it’s clear who the in crowd is," she explains. "They’re having the parties, they always seem to be having fun and they have an energy that attracts others. It’s a club that everyone wants to be in, whether or not they admit that."

When you’re an adult, she says, life is less competitive but the fear of social isolation still exists. "Everyone wants connection. And having someone hate you-whether in high school or in the job world-means being excluded." Anne Reeves, a health-service professional, agrees that this feeling can be devastating, regardless of your age. "In my high-school-girl world, everything revolved around my friends," she says. "I was always trying to prove something to someone, be it my friends, teachers or parents."

What is the best way to deal with a grown-up mean girl? Keep reading to find out on the next page…

For Reeves, the possibility of being lured in by a queen bee’s venomous charm is less likely now that she’s a mother. "Today, my world revolves around my children, then the rest of my family [and] my job," she explains. "My friends-though still very important-usually come after everything else, and I squeeze them in whenever I can. I no longer feel the need to prove anything to anyone but myself."

As Simmons explains, living outside the microscope of peer scrutiny is part of the autonomy that arrives with adulthood. "One of the hallmarks of adolescence is the sense that everyone is always looking at you-that intense feeling of selfconsciousness," she says. "You outgrow that when you’re an adult. It’s easier to see what someone is doing to you instead of blaming yourself [for the way they are treating you]."

So, is there a way to rehab an adult mean-girl friendship? It’s unlikely, according to Simmons. "Queen bees have been rewarded, often for many years, for their behaviour," she points out. "For women who use manipulation and aggression as primary ways of connecting in a relationship, their identities are really tied to that, so you’re basically asking them to reshape who they are and how they relate. You are likely better off having a friend divorce and moving on."

In my own high-school redux, a mass friend divorce was the only way to raise my dwindling selfesteem and drain the toxicity from my life. After a few years, I realized that my friends never seemed happier than when I was unhappy and they could step in and "advise." (When I told one friend I had been laid off, I distinctly saw relief, and then disdain, flash across her face.)

Finally, I began to question the value of my friendships. I also reassessed my own value, humbled that I’d let this happen again when I should have known better. In the end, I deleted their phone numbers and cut my losses. They say never turn your back on a friend- but should that friend be a mean girl, best watch your back as you run the opposite way.

Read more:
Date tips: How to flirt with confidence
Do movies affect our future dating habits and relationships?
Relationships and infidelity: The Other Woman
Can being a guy’s girl lead to problems in your relationship?