Angie Abdou on her first attempt at an intervention. 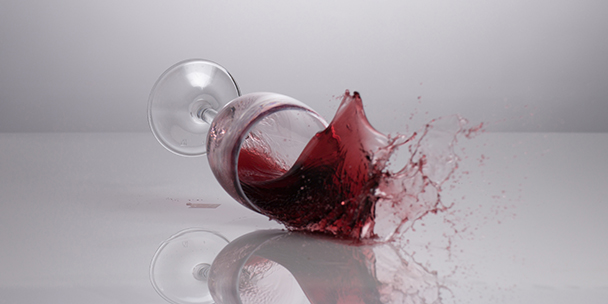 A close childhood friend, let’s call her “Jane,” is an alcoholic. We don’t use the word “alcoholic,” thought. That’s an ugly word.

There is nothing cool about alcoholism, and Jane is most definitely cool. Instead, we say “Jane likes to party” or “Jane is super-fun!” Sometimes Jane likes to party so much that she’s still “partying” at 8a.m., where she needs to get the kids to school. Once, I had a speaking event in her home city; she attended and has “so much fun” that she barfed in the venue’s bathroom sink. Then she passed out on the bus on the way home and I had to ask strangers for directions to her house.

Fortunately, Jane is small enough that I can pretty much carry her. I had nearly triumphed over the ordeal of navigating the suburbs of a city thousands of times bigger than my own when she regained consciousness a few blocks from her house – just in time to verbally assault a taxi driver.

Another time I visited, she pulled up to a restaurant and told her 11-year-old son in the back seat, “We’re stopping here, just for one more.” Her son replied, “Mom, with you, one always means more like six.” He was tired and wanted to go home. I felt the same.

We had six more.

As I write this, I’m tempted to leave out details that implicate me. Jane was driving. She had probably already consumed at least three drinks – too many for her small frame. Her children were in the car. Why didn’t I insist that I drive? I should have said “let’s go home. We’ve had enough.”

READ MORE: Emma Hooper on her first job at a freak show

But she is a born leader, this friend of mine. In high school, she led the volleyball team to a gold-medal finish at the provincial championships. In university, she never failed to make the dean’s list. In her company, I easily fall into my childhood role of mute follower.

After seeing her barf in the public sink and hurl insults at the taxi driver, though, I rallied my courage. “I love you,” I told her as she drove me to the airport the next morning. “It’s not something we say, but I do.” I put my hand on her bare arm. She stiffened under my touch, but I pretended not to notice.

Plans for my intervention were already taking shape as I forged on. “I want you to know that you don’t always have to be the best, the most successful, the strongest. It’s okay to admit that you are in trouble and need help. And I will help you.” Jane’s lip trembled as she dropped me off, and when I tried to hug her, she quickly slid away.

That was 14 months ago, and we haven’t had a real conversation since.

But let me take a break from highlighting my best friend’s shortcomings and talk about me, because I certainly don’t abstain from alcohol.

The extent of my morning-after debilitation does, though, keep my fondness for drink in check. If I have more than two glasses of wine, I wake up with a hint of nausea simmering at my throat and a helmet of pain crushing my scalp. Even before I open my eyes, I wonder “Who did this to me?” And then, with a rush of shame, I realize “I did this to myself – again.”

But the after-effects dissipate, and my mantra of “never again” turns into a well-worn string of rationalizations: “I didn’t drink that much! It must be the flu! I know: I’m allergic to wine! Bad, bad wine.”

READ MORE: Heather O’Neil on her first time being published

Once, in a high-end wine store, I presented my allergy theory to the sommelier, wondering if he might recommend an organic wine or maybe one without sulphites – anything to help with this unusual problem of mine.

”That’s very common, actually,” he replied, already bored with the ubiquitous problem of Mommy and her wine. “The alcohol content in wine has gone up a lot over the past few years. People don’t realize.”

What I heard him say is “You’re not allergic, dumb-ass; you’re hungover.”

In my new novel, Between, an overextended and burned-out mother locks herself in the pantry with two bottles of wine. A reader recently confessed: “I was totally with her on the first bottle. What mom hasn’t done that? It’s not even 3p.m. and I’m ready for the pantry!”

Yet the Centre for Addiction and Mental Health claims that having more than two five-ounce drinks a day puts woman in risky territory. Do the math. Those drinks add up fast. And according to my family doctor, I should double, maybe even triple, the number of drinks I believe is my norm. “Most people,” he insists, “drink more than they think.”

Our whole culture needs an intervention.

Anyone who knows anything about alcoholism knows that I did not “fix” my friend. But I wanted to. Taking my typical graduate-student approach, I threw myself into the research.

First, I Googled “How to stage an intervention.” Then I collected a support group, alarming Jane’s parents and browbeating her husband. I set a date. I ignored my recovering alcoholic friends, who insisted that interventions don’t work and the best I could do was offer my support and then practice compassionate detachment. Instead, I prepared a speech. I consulted a professional interventionist.

Then I called a high-school friend of mine and Jane’s to ask him to participate in the intervention. Initially, he seemed happy to hear from me. “Perfect timing! I’m having an after-work cold one.” His voice brimmed with good cheer, and I heard the familiar rush of air as he popped the tab on a fresh can.

“You’ve only had a couple, right?” I needed him sober for this conversation.

I should have hung up then, but I didn’t understand his laughter until it was too late. He was drunk and less receptive than he might have otherwise bee to the nature of my concern about our dear Jane.

Within minutes, he was yelling into the phone: “You think you can judge us! You think you’re so much better than us!” The phone call quickly degenerated into an unproductive melodrama, and the rest of my plans for an intervention imploded.

I wonder now what had made me so eager to help my friend, who had not asked for my help, and so hesitant to curtail my own after-work wine consumption. Denial? Maybe putting this high-achieving woman in the role of a failure, and casting myself as the hero destined to save her, propped up my inner teenager, who had lived too long in Jane’s shadow.

Or maybe I should be kind to myself and admit to a motivation less sinister. Like most women, I am so accustomed to taking care of other people that I forget to take care of myself. Like many mothers, I direct my nurturing energy outward; to do otherwise feels elfish and weak.

We women need to remember the instructions that people are presented with every time they board a place: Apply your oxygen mask and sure your own safety before attempting to assist those around you. It’s okay to take care of yourself first.

A perpetual student, I see September as the beginning of the year. Fall is the time for a fresh start and the perfect opportunity to intervene in my own self-care. No more than two drinks a day: I can do that. My morning self will thank me. My friend? She knows that I love her and will support her whenever she asks. Until then, I can wait.

Each month, we ask a Canadian writer to share a story about a significant “first” in his or her life. This essay is from Angie Abodou, whose fourth novel, Between, is out now.

READ MORE:
Career: A crisis of confidence
Career: How to overcome imposter syndrome
Relationship: Discovering the power of female friendships