Madeleine Thien on the first time she searched for a room of her own. 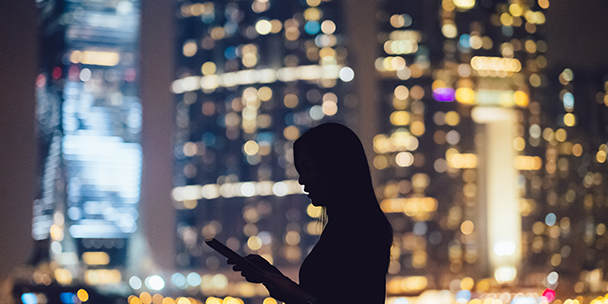 The smallest room in which I have ever existed is this one: a capsule the length, height and width of a telephone booth. My capsule, number 407, was on the ninth floor of the Capsule Inn Akihabara, in the centre of Tokyo’s Electric City. Outside, neon lights dazzled the sky and manga characters in diminutive skirts wrestled on the rooftops. But in here, women moved in shy, barefoot silence. We stored our belongings in lockers, bathed in the communal bath, then donned the light-blue cotton robes and disposable slippers provided by the inn.

Some three dozen capsules lined the wall, stacked one on top of the other like post office boxes, each one numbered, each with its own lock and key. I climbed in through the hatch of 407, turned over and settled beneath the blanket. To my right, the plastic wall bubbled in, forming a pseudo-armrest with a console of buttons. I could sit up without bumping my head. I tested the switches, one by one: A tiny television clicked on, the interior lights rose and dimmed in a dozen permutations, the alarm clock rang, then ceased.

I had not pulled down the window shade and, from time to time, I could see more women arriving. With their knee-length skirts and practical pumps, they appeared to be shopgirls, office assistants, kiosk minders – people who had spent their day behind a Tokyo counter, measuring, adding, being run off their feet. Although capsule hotels cater mostly to men, this hotel has set aside a floor specifically for women. Perhaps, like me, this was the only place these Japanese women could afford in high-density, high-income Tokyo; perhaps their families lived in the distant suburbs or in other, faraway towns. I noticed that we had everything the men had, except for the beer vending machine.

Inside my pod, I turned over and around and then sat back up again. The little sheets were crisp and white, the plastic walls gleamed. Why did it not feel like a prison cell or a tomb? Why did this space seem absurdly bright and welcoming? I felt both protected and free, as if I were sleeping inside an astronaut’s flying ship. Everything was nearby, within arm’s reach, and nothing would slip away.

At that time in my life, three or four years ago now, I did not have a permanent address. I had packed my things, sold my furniture and begun travelling. I stayed for long periods in Cambodia, in the town of Kampot, where a kindly woman charged me eight dollars a night for a basic room. Since my mother’s sudden death, I had thrown myself into my work. I lived and dreamed the novel I was working on, and the stories within it took me away from loved ones and into a period of deep isolation.

In Tokyo, I remember, I carried with me a collection of essays by Virginia Woolf, and I used this book as my travelling companion. When riding the subway, or eating noodles, having a drink and watching the people pass by, I would open the book, consider it and let the words run over me.

Some 80 years have passed since the publication of A Room of One’s Own, Woolf’s famous essay in which she argued that a woman needs “five hundred a year and a door with a lock if she is to write fiction or poetry.” In mid-life, Woolf was bequeathed a modest income, paid annually, for the rest of her life. “No force in the world,” she wrote, “can take from me my five hundred pounds. Food, house and clothing are mine forever.”

Each day that I am able to write for my bread and for my shelter, I thank the deities. I thank Woolf and the women who followed after her; I thank my mother who worked three jobs, who came home, every night, exhausted. Sometimes I would not see her for days on end. I remember telling her that, when I grew up, I would buy her a very large house. At the time, I was no more than eight or nine years old.

“A small one would be enough,” my mother had said, following me into this wishful landscape. “Some place quiet, something near the sea.”

Woolf spent her childhood summers on the west coast of England, in a cottage that faced the Atlantic Ocean. This first room remained with her all her life, or, rather, the view through these windows persisted, re-emerging in her novels, her memories and her death: out to the distant lighthouses, out to the sea.

As my mother’s resources dwindled, we moved from apartment to apartment, into smaller and smaller rooms. When I was a teenager, my bedroom had looked out onto the newly built Vancouver SkyTrain line. The thunder of the passing cars, their hurrying into the unknown, kept me awake each night, wishing that I, too, was being carried away to some magical destination.

The building is still there. Now, on my infrequent visits home, I always take the train to this part of the city. As the train gathers speed, I wait for the moment when our apartment comes into view. I am pulled, inexorably, to it: Among the dozens of identical, rectangular windows, ours has a solidity, a transient light, that stops my breath. The building comes and disappears so quickly. A few minutes’ walk from this window is the cemetery where my mother is buried. From her grave, you can see down to the mouth of the Fraser River, to where the horizon becomes the ocean and the ocean, sky. Far, far away is the home of her childhood, an apartment I have never seen and never heard described, in Kowloon, Hong Kong.

I turned out the lights of the capsule and, in the sudden darkness, the walls disappeared. I tried to see the space around me, but all I could feel were the smooth sheets, the heavy pillow. My own thoughts changed direction, abandoning the capsule, swimming away into the invisible night.

Morning came. I unlatched the door and climbed out. Away from my bed, the world seemed a strange and vast place. In the powder room, women sat at the vanity table in various stages of world-readiness. Hair straighteners, cosmetics of every kind, Q-tips, cotton balls, disposable combs, moisturizers and hand creams were fanned across the counter. One woman handed another an eyelash curler. Nobody smiled or talked; the atmosphere was one of travail and concentration. All around me, the women changed into variations on the same theme: pristine white blouses, dark knee-length skirts, nylons and stylish shoes. I found an empty space, sat down and began readying myself. All the reflections began to merge together. The only noise, now, was the rush of hair dryers.

I thought about the first time I had flown away. I was 19 years old, and I was skydiving because a friend of mine had asked me to accompany him. I had never even been on a plane before, yet the thrill of parachuting beckoned me. Up and up we went, into the whitest sky. Nervously, my friend had crouched at the plane’s open hatch, climbed under the wing and then jumped free. A few seconds later, his parachute released: a sharp noise, a burst of red, the unfurling of a singular wing.

My turn came. Some force propelled me to the door. I took hold of a metal bar in the lee of the plane’s wing and stepped out onto a narrow ledge. Gently, the instructor tapped the small of my back. Let go. Let go. I opened my hands.

I tried to stay flat, arms open, just we had been told, but the pressure was too great and I was not strong enough. I perceived my feet arcing up in front of me. They flew past me. Little feet, alien legs, about to be whisked away by the wind.

Everything became still. I was alone, at the level of the birds, in a room wider than any I had ever inhabited. Suspended, I held my breath. Never again would I have the courage to jump from an airplane, never again would I see the world from this place.

When I pulled a cord, the parachute released its brake.

I was a young woman, then, and I had not yet begun my travels. My mother was still alive. Years later, in Tokyo, I dreamed of her. My mother’s curled hair, her black eyes, the scent of her skin. A stillness returned to me. I remembered this solitude above the earth: a vast, unspeakable openness. After my mother died, I stood inside her closet, covered by her clothes, and wept. Now, in the powder room, the women around me got up to leave. One by one, they closed their purses, slipped on their coats, took one last look at their reflections and disappeared into the world.

Each month, we ask a Canadian writer to share a story about a significant “first” in his or her life. Madeleine Thien is the author of Dogs at the Perimeter.