David Bezmozgis on the birth of his first child. 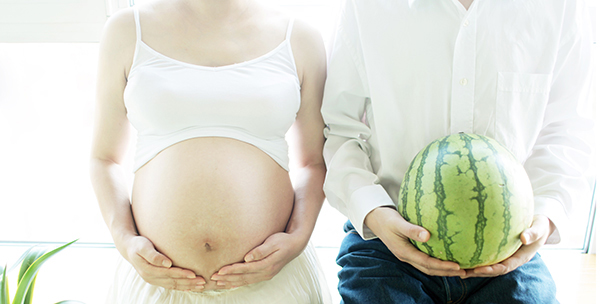 Two weeks before the birth of my first child, I was seized by an acute attack of abdominal pain. It started in the evening and built slowly, like an orchestra tuning up. By midnight, it had attained full intensity. I’d had attacks like this before, and each time, when I felt the onset, I held out the faint hope that the pain would subside on its own. It never did. The first time it happened was in the fall of 2002, when I had gone to New York to meet the editor who had offered to buy my collection of stories. I spent the night before my return home hooked up to a morphine drip at St. Vincent’s Hospital in Manhattan. Over the years, the attacks recurred intermittently and inexplicably. Doctors and friends proposed explanations, none of which sounded convincing to me. I could discern no pattern behind the attacks; they descended like some dreadful force of nature.

That night, not wanting to disturb my pregnant wife, I crept out of bed and went to writhe quietly in another room. Pain is a strange phenomenon, a fact I’m hardly the first to note. It defies quantification, yet, when you are in the grip of it, you feel an obsessive need to quantify it. It’s as though, if you could only fix a value on it, the pain would become, if not governable, at least subordinate to intellect. Gritting my teeth and trying to breathe around the pain, I attempted to compare this attack to other ones. Was this one worse?

But recalling pain is even more impossible than quantifying it. Which is why women consent to having second children and writers embark on new books.

I suffered like this for several hours before I finally surrendered and woke my wife. At four in the morning, we were in the car making the 10-minute drive from our house to Mount Sinai Hospital in downtown Toronto. The irony of my pregnant wife rushing me to the hospital did not escape either of us. But since I found it hard to speak or move, let alone laugh, it wasn’t as funny as it should have been. For the duration of the drive, and really for much of the night, I contemplated how people live with extreme pain. I wondered how long I could hold out if I were condemned to my pain indefinitely. More specifically, though, I thought about my father. Two years before, I had watched him die a torturous death. He had endured terrible pain with a courage and dignity that made everything the more heartbreaking and unjust. Seeing him in his final days, I understood that I was receiving my father’s last lesson. This had taken place at Toronto General Hospital, across the street from Mount Sinai and just south of Women’s College Hospital, where my wife was due to give birth. Since my father’s death, I tried to avoid this part of the city. The associations were too raw, too powerful. The mere sight of Toronto General unsettled me. We planned to name our child – whose sex we had elected not to know but who we believed was a boy – in honour of my father.

Previous visits to Mount Sinai had taught me what to expect. Hospital clerks and nurses rarely move with an urgency commensurate with the pain you are feeling. Then there is the interminable period of waiting, spent hunched over and motionless, mentally willing time to move faster.

Eventually, a doctor examined me, took blood and provided a dose of morphine, which, though it made me throw up, quieted the pain. He then diagnosed me with appendicitis. A scan confirmed it. The whole thing seemed strange to me. Was it possible for a person to have recurring attacks of appendicitis over a span of six years? Strange or not, I was soon being wheeled along a cold corridor toward the operating room. A nurse and an anesthesiologist walked beside the gurney. Trying to sound conversational, I told them that I was expecting my first child. “Will I be able to pick him up?” I asked. The question – which I’d intended to come across as sober and practical – came out sounding panicky and ridiculous. I was assured that I needn’t worry about that. I kept my more morbid worries to myself.

A few hours later, I awoke in a hospital room. My wife and mother were there. Later, other relatives came to visit. I was on painkillers and somewhat hazy, but I didn’t feel too badly. The next day, I was released.

Though the operation had been performed laparoscopically, I wasn’t quick to recover. For at least a week, walking was difficult; so was getting up; and laughing doubled me over with pain. What’s more, I contracted a bladder infection, a condition I had previously considered exclusive to women. I’d heard, of course, about men exhibiting symptoms in sympathy with their pregnant wives weight gain, fatigue, insomnia – but what had happened to me, at least to my mind, seemed worthy of some sort of special prize. By the date scheduled for my wife’s C-section, I was capable, as promised, of lifting an infant-size weight.

Very early in the morning, at the appointed hour, my wife and I loaded her suitcase into the car and repeated our drive of two weeks earlier – only more calmly. Making the turn into Women’s College, I felt again the grim countenance of Toronto General. And from the other side of the street, I also felt the gaze of Mount Sinai, less grim and more philosophical. Women’s College – where nothing had yet happened to us – received us blankly.

Since life seldom unfolds according to plan, it was not until early evening that my wife was taken into surgery. Before I was called in, I waited with my wife’s parents and my mother, who had all arrived by then. From time to time that day, and particularly when I took notice of my mother sitting by herself, looking unnaturally alone, I keenly felt my father’s absence. I remembered his words from when he was already ill, how he wished to live to see his grandchildren, to teach them to ice-skate. When I thought of the imminent birth of my child, I thought also of my father’s words and of what would and would never be.

In time, I was called into the surgery where my wife, having been given her epidural, was awaiting the grand finale of her nine-month enterprise. A so-called screen – really just a blue hospital sheet – had been draped and clamped in such a way as to conceal most of what was taking place below my wife’s waist. I was provided with a chair at the head of the operating table, where I could hold my wife’s hand and be otherwise present. Like a proper modern Western husband and father, I had donned the paper overshoes, scrubs and shower cap and brought the digital camera. Other than to be a source of comfort for my wife, my function was to officially announce the sex of the child.

Of the surgical procedure itself, there is little I wish to say, other than it demanded more physical vigour than I had expected. At one point, some sort of medieval suction-cup device was introduced. The screen, though it obscured much, could have obscured more. And then my moment came. The obstetrician held the child aloft. I rose to gain the proper vantage. I saw a baby, its colour a deep violet, its dark hair matted, its mouth open to emit its first cries. I saw the decisive part. “That’s a girl,” I said, with an undeniable trace of disbelief, so certain had we been – for no rational reason – that we were going to have a boy.

This was our daughter. We named her Mae, giving her – according to Jewish tradition – the first initial of my father’s name, Mendel.

It is a truism to say that my life changed, but that doesn’t make it less so. My life changed in all the predictable ways but also in one unpredictable way. To mention this change might sound peculiar or trivial in the grand scheme, but I was struck by it. My daughter’s birth changed the way I regarded myself, my wife and much else, but it also changed my relationship to the city I call home. A part of the city that I had come to dread was redeemed for me. The joy of my daughter’s birth did not erase the pain of my father’s death, but the two became connected, as a namesake is connected to its predecessor, the new joy making the old pain more bearable.

Each month, we ask a Canadian writer to share a story about a significant “first” in his or her life. This month’s is by David Bezmozgis, author of Natasha and Other Stories and The Free World.