Do movies affect our future dating habits and relationships?

We find out if the big-screen relationships we watched as kids stay with us long after the credits roll. 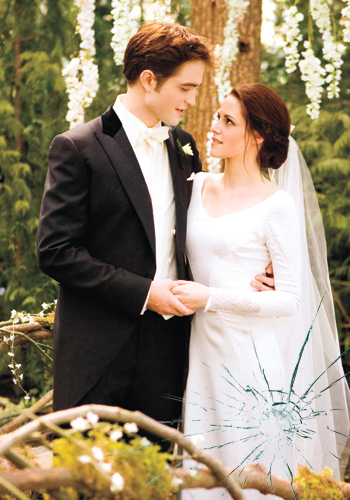 When I was seven years old, I fell for a much older man. He wore spandex pants, hair extensions and eye makeup. He was interested in a teenage girl, kidnapped her baby brother and even drugged her food. Yes, Jareth the Goblin King, David Bowie’s character in
Labyrinth, was quite crushable in my young eyes.

That year, I listened to the Labyrinth soundtrack ad nauseam until my uncle gave me his David Bowie record collection. That’s when my daydreams of a life spent alongside a Goblin King husband (weird, I know) were replaced with fantasies of marrying a rock star (infinitely cooler). But what if I had continued to dream of a life with Jareth? Would I have eventually fallen for a manipulative creep—a real-life goblin, metaphorically speaking?

It has already been established that young people’s attitudes toward smoking and sex are influenced by film and popular culture—so it shouldn’t come as a shock that what we watch as teens impacts our views about
love and relationships as well. The reason lies in the brain’s development—or lack thereof—explains Maria Nikolajeva, a professor of education at the University of Cambridge and an expert in literature for children and young adults. During the tumultuous teen years, our brains restructure; while our noggins still have a child’s capacity to learn and accumulate an enormous amount of information, we’re not yet able to sort and contemplate messages as adults do. But herein lies the key to Hollywood’s power over teens: Young brains do not distinguish between real-life memories and what we file away from books and films. They are all stored under the general heading of “memories.”

So kids, who have very little experience with
relationships to serve as a comparative counterpoint, end up giving more weight to the lessons learned from dramatic film plots. “Stories we [see] provide vicarious experience of things we have not yet met in real life—romantic love, for instance,” explains Nikolajeva. I believe it. Nothing seemed more exciting than creepy Jareth; so I understand why a vampire named Edward—with his awesome power and magnetic pull—could easily steal the hearts of young girls waiting to fall in love for the first time.

Do movies like Twilight portray unhealthy relationships or do they bare no impact at all? Read on to the next page…

With a combined worldwide box-office take of some $2.5 billion to date for its four films, not to mention the immense popularity of the books (over 100 million copies have been sold globally), the
Twilight series is this century’s great seducer. But critics have bared their fangs over the anti-feminist themes and skewed view of fairytale romance the series propagates. They argue that Bella has little agency over her own actions and is constantly relying on her male (if you can call a werewolf and a vampire male) suitors for rescue. Even when she is making her own choices, her actions always revolve around Edward.

“I think Edward and Bella’s romance has parallels to domestic-abuse relationships,” says Goal Auzeen Saedi, a psychology postdoctoral candidate who has voiced her concerns in
Psychology Today about the potentially damaging messages the
Twilight series delivers to a young audience. Aside from Edward’s propensity for violence, his threats of suicide and the couple’s drug-like dependence on each other for happiness, how creepy is a guy who watches you sleep?

But understanding the exact degree to which books and films like
Twilight affect adolescents is very difficult, says Nikolajeva. Teens don’t have the life experience to assess relationships objectively (much to parents’ chagrin, I’m sure). So, if we can’t get a fair gauge of
Twilight’s effects from teens themselves, could we get an idea from
bad boys past?

A slumber-party staple of the ’80s,
Dirty Dancing was the first film to sell over a million home-video copies—thanks to girls who’d fallen for wrong-side-of-the-resort dance instructor Johnny Castle. Vancouverite Regina Morse agrees that her adolescent attachment (read “obsession”) to
Dirty Dancing had an influence on the type of men she pursued. We all swooned when Johnny rebuffed Baby before eventually falling for her fervently. But what ideal did that leave Morse with? “For years on end, I chased guys who treated me pretty poorly yet were incredibly passionate about me sexually,” she says.

According to Saedi, as we come to the end of our 20s, our brains finally reach full development—and thus we’re more able to use critical thinking (and realize that, say, exclusively dating hot jerks is probably a bad idea). And with real-life experience also jostling for brain real estate, childhood stories hold less and less sway. Morse, for instance, redefined what she wanted from a partner throughout her 20s. “I developed healthier reasons to fall in love with someone:
friendship, companionship and honesty.” But she admits that she hasn’t completely shaken the Johnny Castle typecasting: “The guy I have fallen for still has that bad-boy appearance.”

Is
Hollywood likely to change its casting criteria in order to foster more responsible romantic role models? It seems doubtful that caring, sensitive and doting heroes will ever replace the bad-boy breed. “Positive lessons just don’t make good stories,” says Nikolajeva. “There must be conflict, suspense, excitement and risk-taking.” It is important, then, that adolescent girls are taught early on about the difference between a dramatic hero and a worthwhile partner. “If you are brought up to think critically about what you read and watch, you will surely be less susceptible,” explains Nikolajeva.

While it’s easy to scoff and say that young girls know that vampires don’t exist, what they may not understand is that Twilight’s “love is like oxygen” ideal isn’t obtainable— or healthy. So, go ahead and daydream about that hot, unavailable silver-screen bad boy you fell for when you were a teen; just be aware that in the real world, the relationship would likely, well, suck.