Dating and relationships: Are women the new commitment-phobes?

We find out why fewer women want to settle down when it comes to dating and relationships. 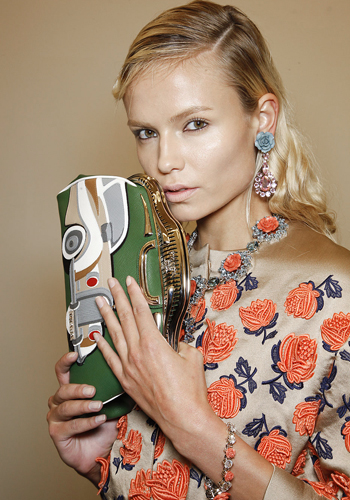 Although most of us love a great wedding, an increasing number of women are saying “No, thanks” to the idea of marriage. In 2011 the US Census Bureau released statistics that show women are now marrying later than ever before with an increasing number choosing not to marry at all. Many women are instead choosing to engage in “serial monogamy” – embracing the idea of having a series of successive long-term monogamous relationships that don’t necessarily result in marriage – a relationship pattern that was once thought to be a man’s prerogative. Does this mean that women are the new commitment-phobes or is there more at play here?

Old ideas about marriage, dating and relationships have gone out the window

In the past, women needed marriage as a means of guaranteeing their financial security however, this is no longer the case. As the age of marriage has steadily risen, so have women’s career prospects and economic independence. The dating pool is now rife with educated,
savvy women who know what they want and are more financially independent than their predecessors. Women are applying this increased sense of empowerment to the choices they make in dating and relationships.

It’s not that women aren’t willing to commit, it’s that many are no longer willing to settle. Without the need to seek out a mate for financial security, personal satisfaction has risen to the top of their relationship wish list. Women who are currently dating in their 20s and 30s are part of the “Oprah generation” who have come of age in a culture where women are encouraged to become more attuned with their own needs and “A-Ha” moments. They
value personal happiness because they are now in an economic position to do so.

As Ella*, age 30 notes, “I look at the marriages of my parents and grandparents generation and I see people who spent decades together even though they were miserable. I don’t want that. I’m not against marriage. I’d just prefer to be unmarried than to be in an unhappy situation.”

Recently on CBS news, Sexologist Dr. Logan Levkoff was quoted as saying: “Because our divorce rates are so high people are afraid of getting into a committed relationship and then having to legally get out of one. It makes things a little scary.” Divorce is expensive and this economic reality could also be discouraging some women from taking the leap into marriage. Instead, people are seeking out more flexible relationship arrangements.

Enter serial monogamy
Instead of rushing to the altar, many women are finding themselves in relationship scenarios that can be best described as “serial monogamy.” Psychology Today says that when it comes to serial monogamy, a “commitment or exclusivity typical of monogamy is maintained but it is usually confined to a limited period. In this increasingly popular romantic pattern, people still believe in some moderate form of ideal love, but give up their basic pretense that it should last forever. The beloved is still regarded to be unique, but in many cases he is not so for the rest of our life.” In other words, it’s not that women are shying away from commitment. They are choosing to commit to a long-term partner but are also making the choice to move on once the relationship has run its course.

The growing popularity of serial monogamy could be a sign that women are becoming more realistic about their relationships. People’s needs often shift throughout their lives, therefore it makes a lot of sense that people require different things from a partner at different times. Carrie* agrees with this statement and says: “I always go into relationships in hopes that they will last forever however, it doesn’t always work out. I think it’s very limiting to think that you can only experience great love once in a lifetime. Each person I’ve dated has brought something different to the table and I have learned important things from each relationship. By rejecting the idea of “settling” I’ve learned so much about myself and what I truly want.”

The white picket fence fantasy isn’t for everyone
Sometimes being honest about your own needs means owning up to the fact that marriage just isn’t for you. As Dr. Levkoff explains: “Marriage is a social construct that I think does not apply to everyone.” Amanda* who is currently single says that she identifies with this. “I think people need to recognize that not every woman buys into the white picket fence fantasy. That’s never been my dream. I do however have big ambitions for my career and to travel the world. I just prefer to do my own thing right now and feel fortunate that I live in a time and place where that’s an option,” she explains.

*Names have been changed

Read more:
Relationship trend: Women on top?
Is monogamy out of style?
Why dating against your type can result in a relationship