We tapped real men for their dating advice and what they consider to be dating truths. 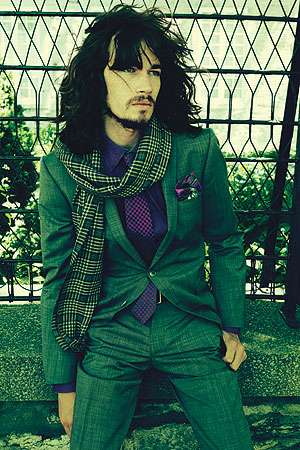 It’s no big secret that men and women are wired differently. However, Shaunti Feldhahn, author of the book
What You Really Need to know about the Inner Lives of Men says that the answer to the age-old question is more straightforward than we suspect. She says that what men really want is be understood, "but they’re afraid to ‘freak out’ the women they love by confessing what is happening inside their heads." This lack of communication causes men and women to make a lot of assumptions about each other, leading to conflict.

Here are a few facts men wish women knew about dating and relationships. We call them the dating truths from men:

Dating advice: "Sometimes it’s OK to wear sweat pants."
Ethan* says it all comes down to comfort. "There is nothing sexier than a woman who is confident enough to sometimes wear sweat pants and no make-up," he says. He says that men can tell when a woman is dressed purely for his own benefit and it’s a turn-off. "Unless you’re on the set of The Jersey Shore, there’s no need to wear fake eyelashes during the day. We want to like you for you."

As Ethan sees these dating truths, this goes much deeper than just what a woman is wearing. "Wearing the sweat-pants in a relationship" can be seen as a figurative term for "being yourself." In order for the relationship to work, he needs to be with someone who is comfortable in her own skin and says: "I want to be able to be myself around her too. In a relationship, we’re both likely to do unexpected, potentially embarrassing things. I need to know that the person is mature enough to laugh these things off."

Dating advice: "Men are straightforward. We mean what we say."
When it comes to relationships, another clichéd age-old question is: "What do you think this means?" Men claim that most of the time, what they mean is exactly what they say. It’s important to take what they say at face value and not read too much into it. As Andrew* says, "If a man says something that seems too simple – it’s because it is. We’re simple. Deal with it. There is no diabolical plan that needs to be decoded."

Dating advice: "We like it when you make the first move."
Jack* says women shouldn’t fear making the first move. "It’s okay to be forward if you like the guy. Don’t always wait for him to initiate things." Jack thinks the fear of being the aggressor is silly. "Men who are secure with their selves aren’t intimidated by an aggressive girl. Most of them probably find it refreshing".

Dating advice: "Space is a good thing. We don’t need to be attached at the hip to love you."
Kenneth* says that the need for personal space is one of the most common things that women misunderstand about the male species. Kenneth was recently seeing a woman who would compulsively text and expected him to reciprocate. He said when he wouldn’t respond right away, she’d get angry. He explains the situation by saying: "Women need to understand that when we don’t text or call back right away, it doesn’t mean we are trying to ignore you. We probably like you a lot. We just don’t want to have a relationship with our phone. A lot of the time we are legitimately busy." John* adds to the discussion by explaining that one of his biggest frustrations is when his partner doesn’t understand his need for "guy time" or time spent by himself. He explains: "I think women think that we are somehow rejecting them. We love you. Having time to do our own thing is necessary for a healthy relationship."

Dating advice: "It’s sexy to have your own life and things going on."
Constantly dropping everything for your partner is not appealing or healthy. Both John and Kenneth agree that women who have their own life and interests outside of dating are very attractive. Kenneth says he actually enjoys it when a woman tells him she’s busy: "Knowing she has other things going on is great. It means she’s more likely to respect that I have the same." However, the guys made a point of noting that it’s not just women who have a reputation for being clingy. Men can also be stage five clingers. As Ethan notes, "If a guy doesn’t want his space and doesn’t see your independence as a selling point, consider this a huge red flag."