Our round-up of the biggest celebrity cheating scandals to rock Hollywood. 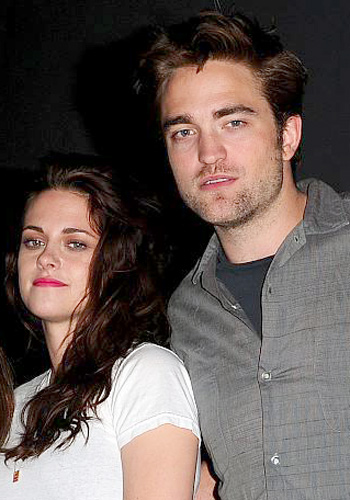 When
US Weekly broke the news that they had purchased the rights to exclusive pictures of Kristen Stewart cheating on her boyfriend (and
Twilight co-star Robert Pattinson) with
Snow White and the Huntsman director Rupert Sanders, fans and media jumped all over the story. In honour of their troubledromance, we’ve compiled a list of the top
Tinseltown love connections gone wrong. If there’s anything to learn from these dramatic scandals, it’s that
not all Hollywood fairy tales have a happily ever after.

Backgrounder: Warning: Googling this famous couple and their subsequent demise will send you down an Internet wormhole. Here’s the Coles Notes version (trust me, I just saved you hours!) Mia and Woody first met through mutual friend Michael Caine and quickly fell in love. Woody cast Mia in 13 of his films (including
Manhattan), and the pair began adopting special needs kids from around the globe.

Then, 10 years into the relationship, Mia went to Woody’s apartment (the pair famously never lived together) and found nude pictures of their then 22-year old adopted daughter Soon-Yi under a box of Kleenex on Woody’s mantle. They (of course) broke up, and was it ever messy. The tabloids had a field day, and, because of Woody’s high-profile friends, Mia’s name was dragged through the mud. Soon-Yi and Woody are still together and have even adopted two kids of their own. Ronan Farrow, for his part, still hasn’t forgiven his father. Ronan famously said: “He’s my father, married to my sister. That is such a moral transgression.” He even recently tweeted: “Happy Father’s Day. Or, as they call it in my house, Happy Brother-in-law’s day.”

Who else made our list of most shocking celebrity cheaters? Find out on the next page…

Brad Pitt famously told Parade magazine: “I spent the ’90s trying to hide out, trying to duck the full celebrity cacophony. I started to get sick of myself sitting on a couch, holding a joint, hiding out…It became very clear to me that I was intent of trying to find a movie about an interesting life, but I wasn’t living an interesting life myself. I think my marriage had something to do with it—trying to pretend the marriage was something it wasn’t.” Ouch. In the meantime, Jennifer has found love with Wanderlust co-star Justin Theroux—but whether she’ll ever be able to shed her image as the jilted wife is yet to be seen.

Celebrity cheating scandals: Ashton Kutcher and Demi Moore
Backgrounder: Everyone knew this May-December romance was doomed from the start, but it was still sad when it actually ended. The pair fell for each other after they met at a play in 2003. “I knew it had the potential to be something right away,” Demi told Harper’s Bazaar. In spite of their 15-year age gap, the couple wed in 2005, and for a while it seemed like a match made in Hollywood heaven.

Things started to deteriorate when Star magazine published a story claiming that Ashton had cheated on Demi with two women while she was out of the country. The couple threatened a lawsuit, but never followed through, which tipped off gossip fans that maybe there was truth to the allegations. Then came rumours that the couple were in a monogamish relationship. Finally, 22-year old administrative assistant Sarah Leal came sold her story to gossip rags about her steamy liason with the former That ’70s Show actor. The kicker? Their tryst took place on Demi and Ashton’s six-year wedding anniversary. Now, Kutcher is dating Mila Kunis, while Demi has been publicly struggling with health issues. But we know that it’s only a matter of time before Demi rebounds on the red carpet looking effortlessly fabulous.

Read more:
Is monogomy out of style?
Why dating against your type can result in a relationship
Dating and relationships: Dating dress code
Is social media destroying your relationship?