Career advice: The dangers of being too ambitious

You've achieved career success. And it sucks. Now what? 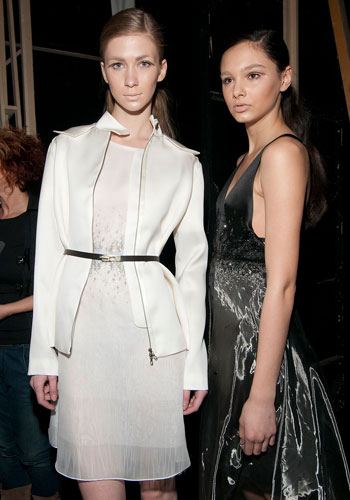 "Just quit. Just quit. Just quit." I incant that possibility – a possibility yet not a possibility at all – to myself too often, wide awake but numbed through in front of my MacBook, where I spend anywhere from four (ha) to 12 (average) deadening, all-alone hours every day, battling simultaneous and never-ending deadlines and conference calls, tracking cheques and assignments, playing the war games of the self-employed.

"Quit" is an expletive, a dare. I don’t want to quit; I just want to do to my work what it has done to me. I want to set my MacBook on fire and float it out to sea, a Viking funeral for my professional success – the hours, days, years it took – and the promises I made that my work never fulfilled.

My industry – journalism – is competitive and unyielding. It took me until my final days of university to even admit to wanting to be something as grandiose as a "real writer."

But what I’d been told would be very hard – almost impossible – to achieve simply wasn’t.

It took three years of dayjobbing and five years of being broke, vulnerable and single-minded to get to a position where I make enough money and my own schedule; where my ideas and opinions are taken seriously by my editors, other writers and readers, who send me kind emails and tweets; where I mentor and teach; where I feel like I’m really good at something.

In short: my version of success. Maybe five years is a long time for a twentysomething to spend working so ferociously; maybe I have a high tolerance for pain.

But at that time, work was almost all that mattered: Boyfriends were temporary; friends were for Friday nights or Sunday brunch; interests that fell outside of the scope of my job didn’t exist.

Read more about career ambition dangers in your 30s on the next page….

Now, at 31, I am lost in ambition. Somehow, I’ve gotten everything I worked for, and it kind of sucks. I’d expected fulfillment.

Instead, I lie awake all night literally shaking with fear and anxiety.

I don’t think there is a single good reason for feeling this way: It could be something that all young, ambitious women go through after a while; it could be that the economy demands more of us; it could be that I’m crafting
anxiety and depression out of mid-air because that is just what we do sometimes.

Being in my 30s feels like a recurring, mostly boring dream where I am frozen in a psychological, emotional and social Chinese finger trap of my own careful design.

It all changed in small moments, like when I deleted an invitation to meet my favourite rapper because the event was on a work night or when I spent the first day of the Toronto International Film Festival sobbing in a hotel room.

Hope and the promise of satisfaction morphed into ennui and exhaustion. What’s frustrating is that there doesn’t seem to be a good solution: Slowing the clip would net less money, respect and momentum, undermine what I’ve worked for and threaten the idyll of an easier, calmer future.

(The first part of that is what Shannon Kelley, a career coach and co-author of Undecided: How to Ditch the Endless Quest for Perfect and Find the Career-and Life – That’s Right for You, says is called a "sunk cost fallacy": an investment of something that’s already gone.)

And, as Forbes has reported, women’s salaries start to slow down around 30 and peak at 39. What I earn and achieve now – what I build – is crucial. It’s surprising, sometimes, how unbalanced my sense of "success" is at this age.

I thought I’d be happily coasting right now, not still building something invisible. As Dr. Elizabeth Lombardo, the author of A Happy You: Your Ultimate Prescription for Happiness, says: "A lot of women have this conception of ‘By the time I’m 30…,’ but that comes quickly, really quickly."

Read more about career ambitions on the next page…

I’m still the most myself in the context of my career and still unsure of who I want to be everywhere else. Work is where I found – and have –
independence and identity.

Work is where I grew up. Still, beyond its immediate rewards, it hasn’t actually given me anything except more work. I don’t have the dog I’ve wanted since I left home.

I’ve brushed aside the significant things I want in life until "later." I can see 40 now, almost. It’s hazy, and I still don’t know where to find the happiness that was supposed to come with success.

The relative problem-ness of this kind of ennui might also be called "first-world problems" or, most accurately, "a good problem to have." A situation like mine is, even at its lowest depths, lucky.

But for all of that luck, it’s no less real. And it’s a common problem, according to Jennifer Berdahl, a professor of organizational behaviour at the University of Toronto’s Rotman School of Management whose focus is social power and status in the workplace.

"In your 20s, it’s all work all the time," she says. "You’re striving for those degrees and that first job and maybe a promotion; you can’t do that for the rest of your life without burning out or feeling some kind of emptiness in your soul."

Many people find themselves unhappy in their careers and are instructed to change them, to do what they love; fewer people, like me, are already doing what they’re "meant" to be doing – but not liking it. When your sense of self has been given over to a professional life that starts to go sour, it can feel like there’s very little left.

There are other things I could do, I guess, but making a serious change at this point feels like a threat to everything I’ve worked for and everything I am. The options for maintaining a bright, high-achieving, breadwinning career while pursuing other avenues for happiness are actually fewer than you might think.

This is especially true for those of us who either aren’t ready for children or don’t want them at all. Even a quick vacation won’t do the trick. In my career – and the careers of anyone else enduring this short-termcontract, no-benefits, gig-based economy – a quick vacation involves weeks of double duty.

There is no actual holiday – just the weight of doing everything before you leave. This work ennui is similar to both the "quarter-life crisis" of post-university drifting and the mid-life crisis of "Is that all there is?"

It may also be an advance symptom of "having it all," the most grandiose of white-girl problems, which was recently assessed in a controversial article in
The Atlantic.

The difference is that being lost in ambition feels like a lonely self-betrayal (because it’s what you wanted, right?) without the space and time to make it up as you go along (because finding yourself is for teenagers).

"By the time you reach your 30s, you’re more established, and people who are on the other path are established too," says Kelley. "You have a clearer picture of what the road not travelled looks like." At this point, the only road that looks really good is being 25 again.

All my friends – well, at least the ones who sleep with a BlackBerry – talk dreamily of graduate school, travelling, marrying for money or just wanting to do something less demanding.

My entire life has prepared me to be a journalist, but after I spend 10 hours using what I have been told is my talent to the point of resentment, I wonder what I’d be like if I had kept my high-school summer job as a camp counsellor. (I know what I’d be like: actually dying of boredom but without early arthritis.)

What I loved about work – what I still love about it in its crystalline form – is the creativity, the arrogance and the aspirational aspect of trying to do something hard.

Through work, I have also been able to filter most of the darkness that I feel – anxiety, fear, anger – and I’m a happier, more buoyant person because of it. The gruelling nature of my ambition makes me unhappy, but I’m afraid that without it, I would be unhappier still.

So while quitting is the compulsion, change, to whatever degree, is the only solution. "It is a positive thing to be at this place instead of [staying on the wrong] path and realizing it in your 40s," says Lombardo.

"Look at the positives: You’ve gotten the financials, the contacts." I’ve started to consider what small, even invisible, changes I can make to overcome the ennui without introducing the new problem of starting over.

I could take on more of the work I like to do and can do quickly and fewer projects that pay well but consume hollow hours. There are options; there are always options. I can quit whenever I want to – I don’t want to, except when I do.

Much like any life choice that involves serious effort, investment and commitment, what is theoretically possible rarely is. If anyone is "having it all," it still isn’t us.