Career advice: How to deal with office bullies

There's one in every office. Learn how to cope with your cubicle bully with this step by step guide. 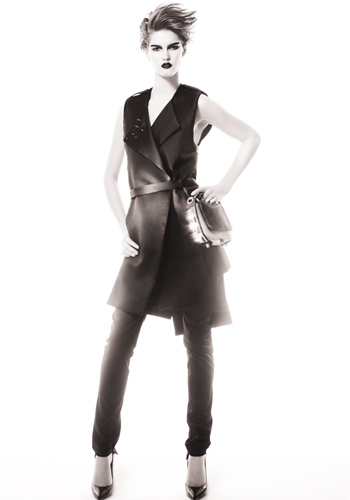 It’s Sunday night, and you’re dreading the coming work-week. It might just be a typical case of “the Mondays”—or it might be because you’re feeling like a target at work. There are varying degrees of workplace bullies, from “mean girls” to psychopaths (these, thankfully, are fairly rare), and there are ways to deal with the full spectrum. “Work-related bullying is classified as behaviour that prevents you from doing your job,” says Jacqueline Power, an assistant professor at the University of Windsor in Windsor, Ont., who specializes in workplace abuse. This includes failing to pass on pertinent documents or excluding staff from meetings they should be involved in. It can also include minimizing accomplishments, blowing mistakes out of proportion and fabricating complaints. Interpersonal bullying, which can also be common in an office setting, includes spreading rumours, gossiping, using sarcasm and giving the silent treatment. “These are tactics that can be used to diminish or shame a colleague,” says Power.

How to LAND YOUR DREAM JOB

Office bullies: Most Common Type
Think Mean Girls. “Mean-girl behaviour is often sly and ambiguous,” says Meredith Fuller, a psychologist specializing in career counselling and the author of Working With Mean Girls: Identifying and Protecting Yourself from Workplace Nastiness. “If you reflect on the behaviours you may have observed at school, well, by the time you get to the workplace, that primitive nastiness has become polished.” According to Fuller, people who encounter negativity in the workplace on a regular basis report deep feelings of exhaustion and dread. Some start to over-check their work and lose confidence in their ability—others become anxious and depressed. And there are higher rates of turnover and sickness in toxic workplaces. Fuller interviewed 200 women and compared their experiences against 2,000 case studies on office bullying to identify the most common types of offenders and how to deal with their actions:

1. The Excluder
“Reminiscent of school nastiness, the Excluder ignores you to render you invisible,” says Fuller.
What to do: “Don’t chase after her, because the more you dance, the more she’ll ignore you. Instead, obtain the necessary information from other sources.”

The DANGER OF BEING TOO AMBITIOUS at work

2. The Insecure
Just about every office has one of these, reports Fuller. “She micromanages everyone and tends to nitpick. She’s usually anxious and worried and needs regular status reports to allay her fears.”
What to do: “Keep her updated before she chases you. Keep your work and desk tidy to keep her off your back.”

3. The Toxic
“She will be friendly too quickly, to the point of syrupy ingratiation,” explains Fuller. “She may smother you with attention and praise and will often ‘hook’ you with a sad life story so that you’re protective of her.”
What to do: Don’t trust her as she’ll often gossip behind your back. Fuller also advises that you keep your distance, figuratively and emotionally.

Take the office bullies quiz on the next page…

Office bullies: The worst-case scenario
Think Dr. Jekyll and Mr. Hyde. “Some office bullies can be what we call ‘subclinical psychopaths,’” explains Power. “They hold a lot of anger and hostility, and they are often cold, callous, without conscience and happy to manipulate.” These bullies can appear normal, even kind, when they’re in a group (making it hard for others to accept that they aren’t what they seem). But, one-on-one, they can be vicious. They are also skilled liars. A 2010 study published in the journal Behavioral Sciences & the Law looked at a sample of participants in management development programs and found that 3 percent of those assessed showed psychopathic tendencies—compared to 1 percent of the general population.

What to do: If you want to file a complaint against a workplace bully, you will need proof for your complaint to be taken seriously. “Human resources is not an organization set up to referee employees; they work for management, and their primary purpose is to get workers to obey rules,” says Power. She advises keeping a paper trail to back up your complaint: Audio-record negative interactions, and keep documents that prove you are being targeted. “It’s hard to ignore that kind of evidence,” she explains.

If a bully is making your workplace unbearable, Power believes that you may be better off quitting your job than filing a harassment claim against the company or individual in court. Allegations are hard to prove, since bullies are skilled at the art of subtle intimidation, and many cases are viewed as “he said/she said.” Also, court cases can be long, messy and expensive. If quitting or transferring isn’t an option for you, Power says to lie low. “Based on the research, the advice is to be passive, so that the bully’s behaviours don’t escalate,” she explains. Find a friend in the office and create a support system to help relieve some of the emotional stress.

Office bullies: The facts
1. 40%: The number of Canadian workers who say they have experienced bullying on a weekly basis for the past six months, according to the Canadian Institute of Health Research.

2. 72%: The number of office bullies who are in a position of authority, according to the Canada Safety Council.

QUIZ: Are you a jerk at work?
According to Robert Sutton, the author of The No Asshole Rule: Building a Civilized Workplace and Surviving One That Isn’t, there’s a simple way to find out: Take his Certified Asshole Rating Self-Exam (bobsutton.typepad.com), an online quiz that determines your bully factor via 24 true-or- false statements. Here are some samples. (Hint: If you answer “true” to any of these, it may be time to reflect on your behaviour.)

1. You feel surrounded by incompetent idiots—and can’t help letting them know the truth every now and then.
2. You were a nice person until you started working with a bunch of creeps.
3. You believe that the best way to “climb the ladder” is to push other people out of the way.