Can your relationship survive a juice cleanse?

Does the couple who juice-cleanses together stay together? 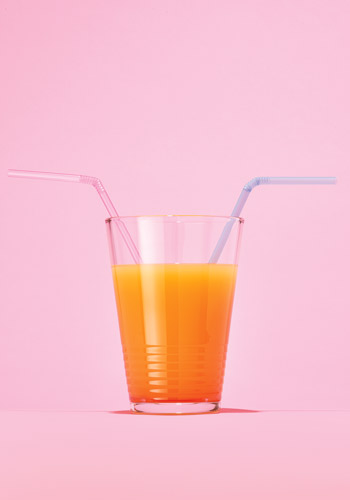 I used to play football, and now I’m lying stark naked in the bathtub, feet in the air, as I give myself a coffee enema. How in God’s name did I get here?” read the practically visible thought bubble above my boyfriend’s head after I had convinced him to stick a tube in his behind as part of a joint seven-day raw-juice cleanse.

Given that we had moved in together just three months earlier, some might view such an endeavour as relationship sabotage. I, however, saw it as the ultimate test of love and commitment: If we managed to make it through this without going all Walking Dead on each other (we both really love chewing), we would emerge as a stronger (and less-bloated) couple. I promised Craig that it would all be worth it for the end results: increased clarity, a huge sense of accomplishment and, my personal favourite, a great story we could trot out at dinner parties.

I wasn’t disappointed. While peeling, chopping and juicing our way through hunger pangs and dietary monotony was a challenge of epic proportions, our journey toward liquid-fuelled enlightenment was also unquestionably hilarious. (I should mention that Craig is a comedian, and, well, I like to think that I’m one too.) Feeling more svelte than usual on the fourth day (thank you, kale!), I decided to don my “for special occasions only” padded animal-print lingerie to spice things up. As Craig dutifully chopped carrots, I told him to close his eyes and burst into the room to the cue of “Le Freak” by Chic. My best moves are about as sexy as Elaine from Seinfeld, but the guttural laughter and incredible sex that ensued were worth risking a disco-induced ankle sprain in my skimpiest underwear.

Later in the week, still revelling in our new-found domesticity, I called Craig to see if he could pop out to grab a few juicing ingredients. He politely informed me that he wouldn’t be going anywhere as he’d just sneezed and almost soiled himself. Juicing, it seems, removes the distance between two people that is normally taken up by personal barriers, like, say, bathroom doors.

Making it through the week did bring us closer. Not only did we learn more about each other’s digestive quirks than is perhaps necessary but we were reminded that laughter (and a lot of sex and movies) will get you through pretty much anything.

HOW TO SURVIVE A JUICE CLEANSE À DEUX

1. Cleanse when your schedule is relatively open. The first few days will leave you feeling tired and cranky.

2. Empty your fridge. Once the novelty of chewing on bee pollen has worn off, you really don’t want leftover pad Thai staring back at you.

3. Sign up for Netflix. You’ll be tired and bored. Don’t go to a movie theatre, where everyone else will be wolfing down popcorn.

4. Date a comedian. The cleansing experience will be way more entertaining.

5. Bypass the cleanse (and hunger-induced moaning) altogether and opt to bond directly over sex and movies instead.

READ MORE:
How one woman learned to love being single
7 Tinder dos and don’ts you need to know
Can a long distance relationship survive on Skype alone?