Can Competition Be Good For Your Love Life?

And how much is too much? 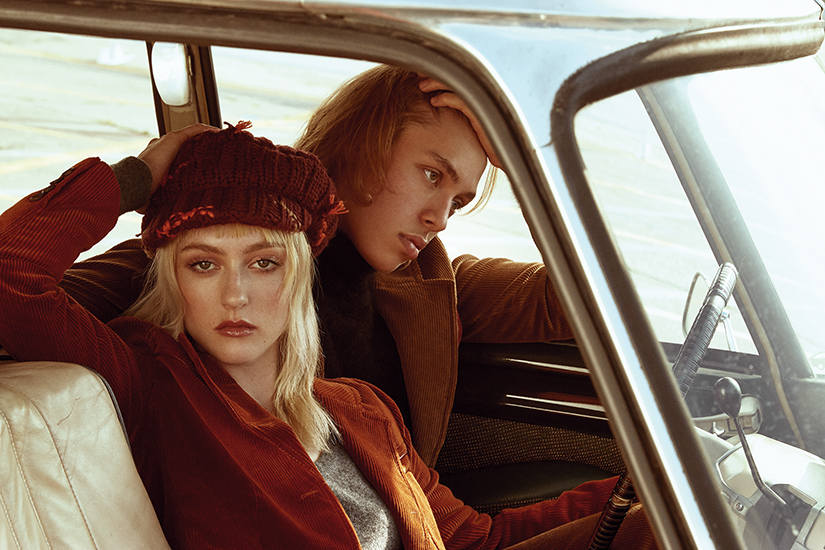 For a recent date night with my husband, Aaron, I decided that we would play the murder mystery game Post Mortem: Los Angeles: Death in La-La Land. I’m a true-crime lover, so this was the teeniest bit self-serving, but I also imagined us role-playing as some unstoppable love-torn detective duo from a hard-boiled noir film. Instead, minutes into the game, my competitive nature switched into overdrive. My pulse sped up when I spotted the first clue in a fake newspaper before he did; I got annoyed when he read the autopsy report faster than me; and when he lunged for the pin marked “Detective,” I dealt some icy wordplay about him pricking himself. In hindsight, I should have expected this reaction. My problem with games—whether it’s Scrabble or dodge ball—is that I take things too personally. It doesn’t help that Aaron can be equally intense: He comes from a family where games of Trivial Pursuit regularly end in tears.

Our nine-year relationship has always included a healthy dose of one-upmanship—from wanting to prove who’s better at geography to who can eat spicier food to who can spin the best puns. We’re hardly alone: I know many couples who seem locked in competition, like my marathon-running friends who push each other to go faster or the home cooks who argue about who’s better at seasoning the cast iron. If so many of us are guilty of it, I reasoned with myself, there must be an upside to relationship rivalry.

A little good-natured competition goes a long way, agrees Dr. Sue Johnson, a Victoria-based clinical psychologist and the author of a book about the science of love, Hold Me Tight. “When it’s done respectfully, it’s a part of being friends and stimulating each other,” she says. (Think Chrissy Teigen’s trolling of her husband, John Legend, or the aptly titled movie Game Night.) It’s true: Since we’ve been together for almost a decade, my mental jousting with Aaron does have a way of keeping things fresh—to a point.

“The tricky part is that it can cross the line and start to evoke attachment issues,” like a lack of trust or difficulty connecting, adds Johnson. At the very least, competition can be hurtful (gloating when you solve a clue before he does), and at the worst it can be an unhealthy demonstration of power and control (say, being jealous of your significant other’s success), which can feel like rejection to the other person in the relationship.

The stakes of competition are higher for women because they come with a built-in double standard. These days, we have a slew of female role models, like Serena Williams and Christine Sinclair, who are just as badass as a Rafael Nadal or a Lionel Messi. But at the same time, society often encourages us to put the achievements of competitive males ahead of our own.

“Women are more likely to bask in their partner’s successes, which is called ‘reflected glory,’” says Marisa Cohen, a psychology professor at St. Francis College in New York who specializes in relationships. “It’s the ‘Your success is my success’ point of view.” And though we think of men being threatened by strong women as outdated, we should put our rose-coloured glasses away: In 2015, the Society for Personality and Social Psychology, an academic organization in Washington, D.C., conducted a series of studies with men who claimed they wanted a woman who was successful and smarter than them. However, when it came to picking women to date, they chose the opposite.

“There was a dual [dynamic at play] that the men weren’t even cognizant of,” says Cohen. “Ideally, they want their equal, but in practice [there’s an underlying feeling that] they’re potentially jockeying for position.” This fear of being outsmarted reminds me of a soccer-playing ex who made fun of me for reading voraciously, as if my intellectual activity highlighted his tepid relationship with books.

Competition can be a one-person game too. Cohen says that we have a “desire to prove that we’re confident and capable, even if it’s to ourselves.” As I think back to our game of Post Mortem, I realize that Cohen’s words hit a little too close to home. Knowing that true crime is close to my heart, Aaron was trying to be nice; he wasn’t necessarily competing with me—I was competing with me. He seemed mostly amused by my being annoyed with him, and his patronizing made me even more irritated. Suddenly, I was back to being a little kid with two older brothers and something to prove.

It’s also worth noting that to ultra-sensitive people like me, game-related slights can feel too real. (Maybe the fact that making me cry was once a sibling sport has something to do with it.) My problem isn’t that I have to win; it’s that the line between games and real life sometimes isn’t thick enough. In my past, competing usually meant proving that I could keep up with the boys and losing sometimes had me questioning my capacity of being their equal. A game of Trivial Pursuit in which I felt patronized by an older male cousin once led me to yell “I don’t want your pity pie!”—which became a family motto. I wanted to win that little plastic triangle out of merit, not mercy.

As for our date night? Let’s just say that our detective work wasn’t up to Sherlock Holmes and Dr. Watson levels. We somehow took a wrong turn and only solved half of the murders, both of us getting increasingly frustrated. But after a particularly tense minute, Aaron turned to me, smiled and said, “Let’s just say we won.” Despite his competitive nature, his strength is that even though he’s 100-percent invested, after the game is done, he doesn’t gloat or sulk. Adopting some of his post-play chill has helped me care less about the outcome instead of just acting like it. I might not be too old to learn it’s just a game after all.