Break up advice: How to break up (without breaking his heart)

In our social media age, knowing how to break up adds even more stress to an already painful situation. Read on for our expert break up advice about the etiquette for modern relationships. 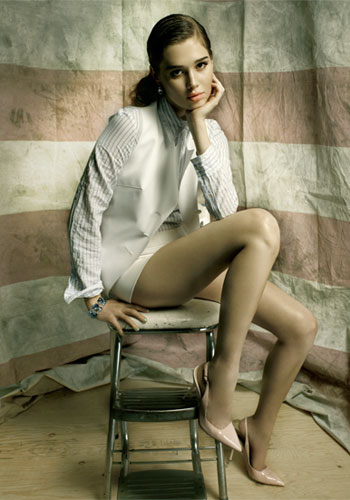 Who can forget that infamous
Sex and the City episode when Jack Berger breaks up with Carrie on a bright yellow Post-it note? From the shocked expression on Carrie’s face, to the abhorrence of her girlfriends and even the sympathy of a passing police officer, the Post-it farewell was deemed as tacky as the glue that makes it stick and has become a symbol of everything one should not do when choosing to end a relationship.

But what exactly is the etiquette for breaking up in a world consumed by countless means of communication, from texting to Facebook to Gchat? Christine Hart, a dating and relationships coach based in Toronto, says that it’s an important question—especially because she believes that how you break up with someone impacts future relationships and
how you date moving forward.

“You need to close things in a healthy way in order for things to be open in the next relationship,” she recommends as break up advice. “I’ve noticed a definite correlation between bad ‘break-uppers’ being bad ‘daters.’”

Although she never received the Post-it treatment, Jennifer Watson, a 32-year-old yoga teacher, is still wondering what the secret to a good break-up is. “I’ve never had a decent one,” she says. “It’s either been a case of getting a cold email, an abrupt phone call or an uncomfortable conversation in the middle of a restaurant. I’ve never been able to have one of those loving, respectful partings.”

For
break up advice about how to break up with your partner, we turned to Hart, who shares her break-up etiquette tips according to how long you’ve been in the relationship.

You’ve been to a movie, shared dinner together, possibly even enjoyed an afternoon spent walking the beach, but the spark or
je ne sais quoi simply isn’t there. What do you do with these kinds of relationships?

For more of Hart’s break up advice and to learn how to break up without breaking your partner’s heart, keep reading on the next page…

Stephanie Hay, a 24-year-old law student, likes to give guys at least three dates before deciding to call it quits, because she doesn’t believe in first impressions. “If I’m not excited to go on a fourth date with someone, I usually suggest coffee to say that I’m just not interested,” she says. “It can be hard sometimes, but for the most part people realize that they have no claim to you after so little time and we go our own ways without any drama.”

While Hart agrees that
in-person communication is always best, she also thinks that a respectful phone call or well-written email will do after only a few dates. “Just don’t Facebook or tweet your feelings,” she says, suggesting that it’s better to avoid passive aggressive behaviour when breaking up. “After three or four dates you may not feel connected enough to do a face-to-face talk, but the other person definitely deserves a direct line of meaningful communication.”

How to break up: After a few months

“Chances are you’ve been naked together so anything less than face-to-face contact is rude and cowardly,” says Hart. Of course the reasons for choosing to be a singleton again definitely plays into how the breakup goes down. Caught your significant other
cheating? Meeting for a cordial tête-à-tête may be unnecessary.

However, even in extreme circumstances, getting together once the emotional fall out cools can be helpful. “You need to give each other an opportunity to feel fully expressed,” explains Hart. “But you have to commit to not spending the entire time pointing fingers in order for the conversation to be beneficial.”

How to break up: After a year or more

One of the worst things a person can do when breaking up (other than completely disappearing, which is a major no-no) is to use the corny cliché, “It’s not you, it’s me.” (Please!) Hart advises being honest and gentle when breaking the bad news.

“Saying something like, ‘I’ve become more clear about what I need in a relationship and I don’t see that happening in ours. What do you think?’ is respectful, firm and upfront,” she says.

Jessica Strang, a 29-year-old visual artist, broke up with her former boyfriend of four years in person over brunch. “I ate my eggs benedict and told him very calmly that I felt like our relationship’s rhythm didn’t suit me anymore, not because of anything specific, but because I was changing as a person,” Strang reveals.

“He was upset, but later he told me that I was right and that he hadn’t been entirely happy either, just comfortable,” Strang says. “Sometimes people think they’re in love, but really they’re just afraid of change and too scared to make the break out of fear of being seen as a bad guy.”

The inevitable truth is that
break-ups are always hard. They’re emotionally draining, delicate to handle and—unless both parties want out—bound to leave somebody drowning their sorrows in a tub of ice cream or a bottle of wine (or both!)

The best thing to do? Be honest and don’t pick away at every little thing in the relationship that irked you. “The goal is to break up and still think highly of your former partner,” says Hart. “The individuals who do that are the ones who move on into healthy,
happy relationships that suit their needs.”