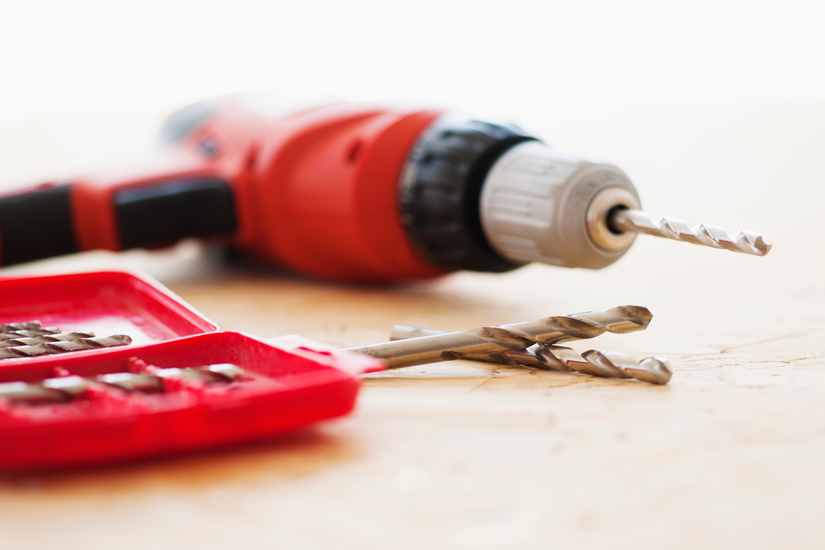 In many ways, my dad is a remarkably competent human being: He runs a research program at a major university and successfully keeps his entire head shaven – face, that is, plus scalp and neck – right down to the glossy skin. (I, meanwhile, rarely bother with a razor at all and instead run hair clippers over my cheeks like I’m shearing myself for the worst wool ever made.) But when it comes to home repair, “competent” isn’t the first word I’d use to describe his skills; the guy swings a hammer with all the dexterity of a blindfolded drunk having a go at a pinata, and the prospect of him operating a chainsaw ushers in immediate worries of how we’ll hug hello when he has no arms.

One of my paternal inheritances, along with a rabid appetite for cheese, is my dad’s ineptitude when it comes to any tool more sophisticated than a bottle opener. (There’s a show, I hear, called Canada’s Worst Handyman. I’ve never seen it. I don’t need to. I look in the mirror and know a champion when I see one.) Between high school and university, I actually had a job doing fence and drywall installation, but after sawing through my jeans, falling into a hole and, in a failed attempt to pry off my cement-caked workboots, dislocating my thumb – all in the first two weeks of employment – I resigned, and the only hammering I did for the rest of the summer was to my liver with Labatt Ice.

For the past 20 years of my life, home repair was avoidable because I rented apartments, which basically entails the existence of a hermit crab: Inhabit a spot until it’s too uncomfortable to bear and then abandon the shell and scuttle off somewhere new. As such, playing Mr. Fix-It was never a priority. Knock a hole in the wall? Cover it with a poster. Flood the bathroom? Run away to Australia. But then, last spring, my partner, Vanessa, and I bought a house. And home ownership, especially with someone you’re planning on spending the rest of your life with, presents far more of a commitment and responsibility. The first time I flushed the toilet in our new place, I watched the water spiralling down and thought, “I’m accountable for whatever the hell’s going on down there.”

READ MORE: GETTING OVER GAULTIER: HOW ONE MAN MOVED ON FROM HIS SIGNATURE SCENT

Having focused, in real-estate parlance, on “turnkey properties” (“turnkey” in this case meaning “move-in ready” and not the Dickensian term for a jailer), we found a house, a beautiful Victorian right on Gage Park in Hamilton’s east end that had been renovated top to – almost – bottom. “Very little needs doing,” our realtor assured us, although “very little,” of course, is not the same as “nothing.” Upon moving in, we started to notice, despite the gorgeous updates, how much work lay ahead. The basement needed finishing. There were no closets in the attic bedroom. The alleged “laundry room” had no vents. And we discovered that the second-storey deck, an initial selling point, was sitting directly on the roof of the first-floor extension and water was pooling under it in a swampy stew.

It’s remarkable, especially when you live in fear of such things, how a bunch of small jobs can accumulate into one giant, terrifying whole. And I say this having witnessed a number of very handy homeowner friends do impossible things like shift an entire kitchen from one side of a house to the other. And then I have other friends who are closer to me in skill sets but stubbornly insist on doing their own jobs around the house. The last time I saw one of these guys, he was tearing up his bathroom for the third time after screwing up the tiling yet again. I might be incompetent, but I’m not an idiot: I know my limits. For most of the work ahead, I will – as my dad did before me – swallow my pride and call the pros.

Except here’s the thing about the pros: They’re often not so “pro” either. From our movers, who, perhaps out of revenge for having to schlep multiple boxes of CDs down to the basement (“You never heard of an iPod?”), left our bed downstairs to the closet designer who seemed to have replaced the old “measure twice, cut once” dictum with “tooth whitener will make you seem trustworthy,” almost everyone we hired not only botched their job royally but also failed to own up to their mistakes.

When the movers carelessly boxed Vanessa’s stereo components and bundled all my good kitchen knives together in a great wad of packing tape, the company refused to pay for the resulting damage – despite the fact that we had paid for insurance. Similarly, those closet folks wouldn’t compensate us for the inconvenience of not being able to use our bedroom for nearly six weeks past the installation date – due, keep in mind, to their own alarmingly moronic error. And these are only two examples: I could fill half of this magazine with the shocking array of frustrations we’ve had to deal with over the past six months.

I realize that we’ve been unlucky and that a great deal of professionals – tradespeople, especially – are talented, diligent and conscientious. But these days, generally speaking, there seems to be a steadily deflating sense of pride in a job well done. Home ownership, by its nature, guarantees exposure to every kind of transaction you can imagine, so I’m just seeing it all a little more acutely for the first time. Is it a result of the degradation of labour itself, or a hyper-active society always looking ahead to the next thing, or a symptom of living in the end times (see: POTUS Donald Trump!)? I have no idea.

What I do know is that if you’re going to pay someone to do a crappy job, you might as well do it yourself. So, despite my patrimonial inadequacies, and with a knowledgeable, capable and patient friend’s help (and tools), I recently put the finishing touches on our basement. If that sounds impressive, all it involved was laying laminate flooring and installing baseboards, a laughably simple job to any real handyman. And, sure, the floors buckle weirdly in a few spots, and some of the nails aren’t so much hammered as they are folded into the wall, but my dad is coming over soon to see our new house – and that I did anything at all is going to blow his mind.