A dangerous game: Can a sports fan also be a feminist?

A plague of domestic assault, lies and broken trust: Why being a sports fan doesn’t feel fun anymore. 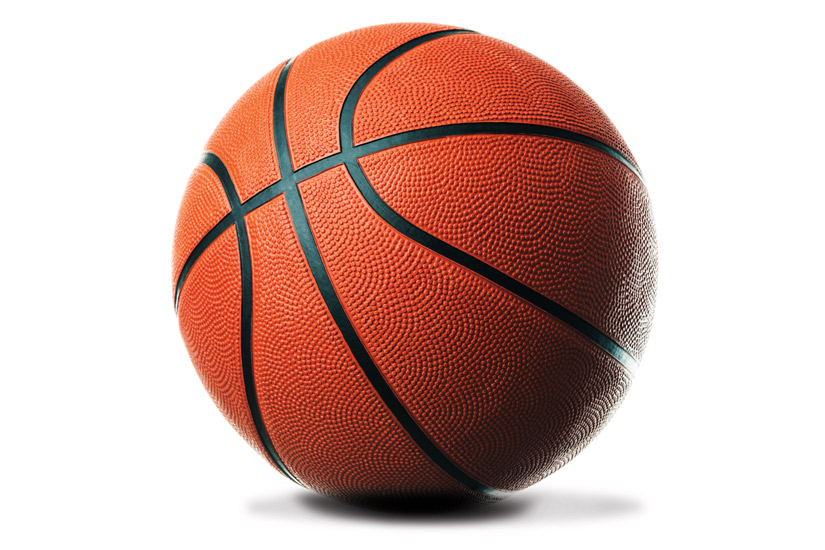 I’ve been watching the Toronto Raptors since they played their first game almost 20 years ago. I was watching when Alvin Robertson scored the first basket. I was watching when the roster consisted of NBA Z-listers like Tony Massenburg and Zan Tabak. I was watching the night the unheralded Acie Earl scored 40 points, which even Earl’s mother wouldn’t have predicted. I watched Vince Carter’s meteoric rise in the late ’90s and his subsequent fallout with fans and management. Now, I’m watching with glee as the team strings together its greatest regular-season run in two decades.

The Raptors’ recent success is especially gratifying because I’ve been cheering with my infant daughter in my lap. Sometimes it seems as if she’s watching too; mostly she just wants to eat the remote. We all have our priorities. Either way, I get to hold her and dream of the day she becomes a cognizant fanatic, like her dad.

If my early attempts at #WetheNorth indoctrination work, she’ll love this team as I do and I’ll be able to use sports to impart life lessons: I can tell her how Raptors star point guard Kyle Lowry overcame his reputation as a coach’s headache and became the unquestioned leader of the team; I can show her the importance of teamwork, dedication to your craft and the value of hard work.

Yet despite my enthusiasm, in the back of my mind, I can’t help but wonder: What if I weren’t a Raptors fan? What if, instead, I were a lifelong devotee of the NFL’s Baltimore Ravens? While I want to pass on my love of sports to my daughter, sometimes that world is appalling.

One month before my daughter was born, Ravens running back Ray Rice knocked out Janay Palmer, his then fiancée, now wife, in an Atlantic City casino elevator. It certainly wasn’t the first time a prominent athlete had attacked a woman, but perhaps because my own daughter was due in a matter of weeks, I followed the story with particular contempt and incredulity. I mean, Kobe Bryant was among my favourite players when he was charged with sexual assault in 2003. When he was never prosecuted, the incident slipped from my mind.

I have yet to forget about Ray Rice and Janay Palmer. They were both arrested the night Rice struck Palmer, but the story didn’t tip into public consciousness until TMZ released a video four days later. The security-camera footage showed Rice callously dragging Palmer’s limp body out of the elevator and into the casino lobby. Five months after the arrest, the NFL suspended Rice. For two games.

It’s hard to overstate how likeable the core of the Raptors has been for the past year and a half. This season started with an unprecedented 13-2 run, on the heels of winning a franchise-record 48 games the previous year. But it’s more than just victories and losses. After a succession of stars (Damon Stoudamire, Marcus Camby, Tracy McGrady, Vince Carter, Chris Bosh) found success in Toronto only to slip away to other franchises, the team now has a group of players committed to the city. On the court, the players know their roles. They share the ball. They defer to their teammates. They trust one another.

Off the court, the group seems more like a cast of Disney characters than a professional basketball team. There’s an inordinate amount of young fathers on the roster: Lowry, DeMar DeRozan, Amir Johnson, Greivis Vasquez and even the coach and general manager have young children. There are endless social-media posts of teammates and their families spending holidays together, holding one another’s kids and being otherwise adorable. CBS Sports basketball reporter James Herbert calls the Raptors the “awwwwiest team in the NBA.”

READ MORE: Can you love fashion and still be a feminist?

Being a fan means getting wrapped up in the narrative of your sport, so it’s easy for me to hold my daughter and applaud these likeable, hard-working young men. But what about when the story turns dark?

This past year was rife with athletes getting charged with domestic violence. Former NBA centre Greg Oden was arrested for beating his girlfriend in August and is awaiting trial after pleading not guilty. L.A. Kings defenceman Slava Voynov is facing felony domestic-violence charges and a possible nine-year maximum-security prison sentence. Charlotte Hornets forward Jeff Taylor pleaded guilty to misdemeanour domestic violence and malicious destruction of hotel property after shoving a woman he was dating in a hotel hallway and served a 24-game suspension because of it. Then, last June, power forward James Johnson was arrested for domestic assault. His case was dismissed when his wife did not show up in court. Johnson later signed with the Toronto Raptors, the awwwwiest team in the NBA.

The list of athletes accused of heinously mistreating women seems depressingly endless, even if those accusations don’t always end in convictions. And while these violent crimes are certainly not relegated to the world of pro sports (well-heeled entertainers like Jian Ghomeshi, Bill Cosby and Woody Allen all came under fire for allegations of sexual assault in 2014), the tragedy is that male athletes are bred by a hyper-competitive culture to be the strongest, fastest and most capable of causing harm.

Rice and Palmer got married in March 2014. Initially, the Baltimore Ravens showed overwhelming support for Rice, defending his character and calling him a leader. During a press conference in May, Palmer said, “I deeply regret the role that I played in the incident that night.” Her statement was later sent out from the team’s official Twitter account.

The laughable two-game suspension was announced in July, and NFL commissioner Roger Goodell spent the rest of the summer defending his leniency. Goodell said he was convinced that a shorter punishment was appropriate after meeting with both Rice and Palmer. In contrast, Goodell suspended Cleveland Browns wide receiver Josh Gordon for the season after he was caught smoking marijuana – a drug that is legal in four American states. (He was reinstated after 10 games but suspended again five games later for violating a team rule.)

A past-his-prime star still capable of running with extraordinary speed and power, Rice was given the benefit of the doubt. In August, he played a pre-season game in Baltimore and received a rousing standing ovation. One month later, TMZ released a second video revealing the abhorrent scene inside that Atlantic City elevator. It showed Rice cocking back and swinging. It showed Palmer’s head smashing into the elevator railing before she fell to the floor. It showed Rice struggling with the slack weight of Palmer’s body as he dragged her from the elevator. A few hours after this video was released, the Ravens terminated Rice’s contract and the NFL suspended him indefinitely.

Sports make up a significant part of my life. Every day, I pore over the latest news. In the winter, basketball is all I watch on TV. It’s how I unwind. It’s why I’m so invested in sharing this love with my daughter. So we watch, even though I know that, sometimes, fans are cheering for an athlete who has assaulted a woman.

Men have failed women. We have failed so thoroughly that you can no longer point to an institution – sports, the arts, religion, education, the military, politics – that hasn’t, at some point, had its own wretched scandal. To give up on all sports because of certain acts of savagery would be like giving up radio because of Ghomeshi or comedy because of Cosby.

But it’s hard to stomach the knowledge that my daughter was born into a world where one video showing Rice dragging his unconscious fiancée out of a casino elevator and flopping her onto the floor wasn’t enough to warrant more than a two-game suspension. We certainly didn’t need the second video to tell us what happened.

I mentioned earlier that I had watched Alvin Robertson score the Raptors’ first basket. He was recruited to join the expansion Raptors in 1995 after spending the previous year on the Denver Nuggets’ sidelines due to an old back injury. Robertson was known for fighting with teammates and coaches, had multiple charges of domestic violence and assault and spent a month in jail in 1990 after beating his then wife. In a November 2014 story on him, the Toronto Star reported that he’d been arrested days before the Raptors’ inaugural game after allegedly assaulting his pregnant ex-girlfriend at the SkyDome Hotel. The case was dropped when the woman refused to testify, and Robertson ended up playing with the Raptors for the entire season.

Robertson, now 52, is facing life in prison for allegedly sexually assaulting a 14-year-old girl and conspiring to force her into prostitution. When the Toronto Star story was published, Robertson had been released on bail and was wearing a GPS tracker on his ankle. The next night, the Toronto Raptors beat the Orlando Magic as my daughter and I watched.

What if my daughter and I didn’t have a lovable Raptors team to root for? What if she had been born 20 years ago and the team we rooted for knowingly signed a convicted felon who serially abused women and would later get mixed up in the worst kind of allegations?

I want to watch sports with my daughter. I want to teach her about hard work and dedication. I need to reconcile my fandom with the fact that the sports world often treats women grotesquely. There have been too many instances of me looking the other way with fingers crossed, hoping for an athlete’s innocence to be proven.

When the Raptors signed Robertson 20 years ago, I was 12 years old. I didn’t know any better. When they signed Johnson last summer, I was 32 years old, a father and part of the problem. Fans and pundits can argue about athletes needing to change their behaviour, but we are the ones tuning in to each game regardless. We’re the enablers of a broken system.

I can offer up a token solution: If Johnson, or any other Raptors team member, gets mixed up in a domestic violence case again, I will stop watching until that player is removed from the team. But I’m not sure if that’s just another version of looking the other way. So far, it seems I am incapable of doing the one thing that may be demanded of me: tuning out altogether. It’s not enough to speak out only when a security video forces us to acknowledge a painful truth we’d rather ignore.

It shouldn’t have taken the birth of my daughter for me to clue in to my shortcomings. Because before I was a father, I was a husband, a son, a brother, a friend, a fan – and I wasn’t paying attention.

READ MORE:
Why a fashion girl can also be a feminist
How one woman learned to be single
Can feminism really be a fashion trend?