A crisis of confidence

Olivia Stern learns that many of us are, without a doubt, mired in insecurity and dealing with imposter syndrome. 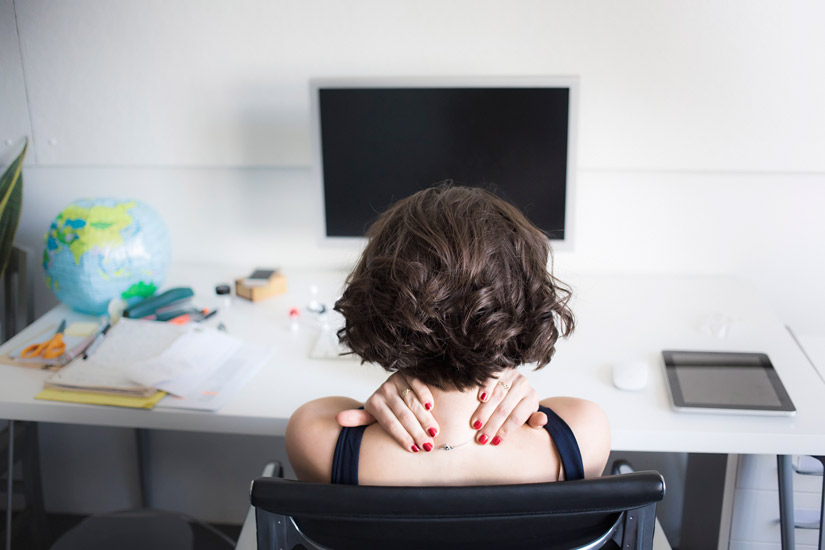 My first full-time job in journalism was as an editor at a magazine in Toronto. At 24, I was grateful — and astonished — that I had been hired and spent the first year waiting to get the sack.

I sat through story meetings where editors, all of whom seemed infinitely more competent, held forth authoritatively about which writers “delivered” or why zucchini blossoms were zeitgeisty. I tended to slip in late to those weekly summits so that I could score a seat neatly hidden behind somebody else.

It’s not that I’m particularly shy or that I didn’t have any thoughts on, say, why the courgette was au courant. (Well, actually, I had no thoughts on that.) Rather, I was worried that my opinion wouldn’t deliver. Silence seemed a safer tack than speaking up and risking public idiocy.

When I wasn’t sitting mute through meetings, I wrote breaking-news bits (like about the time Martha Stewart came to town and ate a brioche) and worked on the shopping column, co-ordinating photo shoots with $20 loaves of Poilâne bread flown in from Paris’ sixth arrondissement.

When I liaised with the loaf’s publicist, negotiating its busy transatlantic travel schedule and the best time for its close-up, she asked me sharply, “What are your intentions with the loaf?” “Intentions?” I asked. “The integrity of the loaf must not be compromised,” she said, as if I had threatened to take the loaf to a drive-in.

After a couple of years, my fears of being unmasked as an imposter had been outranked by frustration, boredom and the sense that I was on the wrong end of things: I didn’t want to be an editor; I wanted to be a writer. I wanted to travel, like that glamorous French carbohydrate.

So, I quit my job and went freelance. (If this last sentence took me 10 seconds to write, the decision — accompanied by insomnia, depression, chronic self-doubt and repetitive pro-and-con discussions with friends, family and a therapist — took me over two years.)

Worried about failure, abject destitution and embarrassment, I was anxious that forgoing my job was just an exercise in hubris, that the universe would reward me with a smack-down. It wasn’t until my fear of the half-lived life outmuscled my aversion to failure, poverty and general loserdom that I took the leap.

According to authors Katty Kay and Claire Shipman’s recent book, The Confidence Code, I am hardly alone in my penchant for over-thinking and hesitation. Women are currently, they argue, in the midst of an acute crisis in confidence. This, they explain, goes a long way toward explaining the woeful obstinacy of the gender pay gap.

READ MORE: Career advice: How to deal with office bullies

Kay (a TV anchor for BBC World News America) and Shipman (a correspondent for ABC News and Good Morning America) began considering this female confidence crisis while researching their first book, Womenomics, which looks at how women contribute to the bottom line in business.

“During our interviews with successful women, we kept hearing what seemed like clichés: ‘I feel like a fraud,’ ‘I got a promotion, but I’m not sure I should accept it,’” Shipman tells me over the phone. “We wondered: Is it just that, as women, we like to complain? Or is there something to this idea of a confidence gap?”

It is not, Kay and Shipman make clear, that men never feel uncertain. “Do men doubt themselves sometimes? Of course. But not with such repetitive and exacting zeal — and they don’t let their doubts stop them as much as women do,” says Shipman.

We are also more prone to all of doubt’s brow-furrowing in-laws: depression, perfectionism, rumination, inertia — all saboteurs of confidence. For these differences, we have — at least in part — biology and genetics to blame. “Testosterone is such an important hormone. Men have much more, and study after study shows that it leads to a greater propensity for action and risk taking,” says Shipman.

But, more surprisingly, Kay and Shipman uncovered other neurological causes. For example, fMRI scans revealed that women tend to activate their amygdala — the brain’s primitive fear centre — more than men. Meanwhile, the tiny part of the brain called the anterior cingulate cortex — nicknamed the “worrywart centre” — is larger in women.

“We may be more accurate in general,” says Shipman of our proneness to worry and our talent for boring in on details and imperfections, “but we’re usually entirely too dismissive of our own abilities.”

READ MORE: Career advice: How to get the raise you deserve

We don’t only have chemistry to blame; we can also point the finger at our parents and schoolteachers. “Girls are encouraged and rewarded for getting everything right all the time — partly because they can be counted upon to be quieter and nicer and listen more to adults,” says Shipman. “It’s not that boys are rewarded for being bad; it’s more that they learn ‘I messed up and it’s okay.’ They learn to take risks and to fail.”

Interestingly, the reason girls tend to excel in the classroom is the same reason they tend to abandon competitive sports: From a young age, girls are rewarded for being conciliatory at school, which is at cross purposes with competition.

I have always reserved a particular fascination for those who take to the sports field — that arena where confidence and a comfort with rivalry is required, where hesitation and self-doubt will get you clobbered and where failure is at times certain. Sure, I enjoy tennis and a sunny-day swim, but I happily dropped out of all competitive sport as soon as it was no longer compulsory: in the 10th grade (a glorious moment). And I’m hardly alone.

Recent studies by the National Institutes of Health in the U.S. reveal that girls are six times more likely than boys to drop out of sports in early adolescence — right when girls suffer from a more acute loss of confidence than boys.

There are, of course, exceptions. There are women who thrive on the sports field, who speak easily and forcefully in meetings, who pursue promotions and career changes without years of therapy. When I shared my feelings about competitive sports with Shipman, how I admired those who played them voluntarily, she admitted that she felt the same way and that she reserves that intrigue for her own daughter, Della, who happily belongs to that rebellious, unfettered minority.

“I’ve learned so much [about confidence] from my daughter,” she says. “She’s on a Little League team with all the boys, and she said, ‘I want to pitch.’ I watched her on the pitcher’s mound with everybody watching. My worrywart centre, my amygdala, every single part of my brain was on high alert. She was nervous, but then she just got out there and did it and moved on!”

She also had fun. Confidence might (as the authors troublingly explain) be more critical to professional success than competence. (The two do not, sadly, go hand in hand.) And confidence is also critical in feeling generally calmer and less hobbled by a chronic Prufrockian do-I-dare paralysis. It’s also, perhaps most important, about joy.

“Confidence is not just about ‘Are you going to be president or vice-president?’” says Shipman. “It’s about enjoying and harnessing a kind of wholeheartedness — an energy — and moving toward something without doubt. That’s just a great feeling,” says Shipman. It is, as spiritual writer Sharon Salzberg proposes, “the purity of action produced by a mind free of doubt.”

I have always chosen to think about doubt as a function of curiosity — and, to make myself feel better, the sign of an active (albeit neurotic) mind. I cannot purchase a pastry (scone or croissant?) without fearing I will make the imperfect breakfast choice, without stepping into a time-gulping cyclone of questions and hesitations.

“That’s the problem with what most women do,” offers Shipman. The trick is to know when to mute the soundtrack; the treatment for poor self-confidence is to do more and think less. “When in doubt, act” is the authors’ prescriptive exhortation. And the good news, Shipman says cheerfully, is that, with training and persistence, we can change our behaviour: “The brain remains plastic. We can learn an awful lot as adults.”

“The beauty of the imposter syndrome is that you vacillate between extreme egomania and a complete feeling of ‘I’m a fraud! Oh, God, they’re onto me! I’m a fraud!’ So you just try to ride the egomania when it comes and enjoy it and then slide through the idea of fraud.” – Tina Fey

“I really did internalize that ‘OKay, I don’t have to feel so confident, but I have to take my seat at the table anyway’….And if you want to be really honest about it, I’m not claiming that I feel self-confident all the time. To this day, I don’t. But I can see and I can remember and I can take a step back, and when I’m about to not ask a question or not volunteer to do something, I can remember.” – Sheryl Sandberg

“It’s almost like the better I do, the more my feeling of inadequacy actually increases, because I’m just going, ‘Any moment, someone’s going to find out I’m a total fraud and I don’t deserve any of what I’ve achieved.’” – Emma Watson