Want a career in fashion? These jobs prove that sometimes it's worth taking the path less travelled. 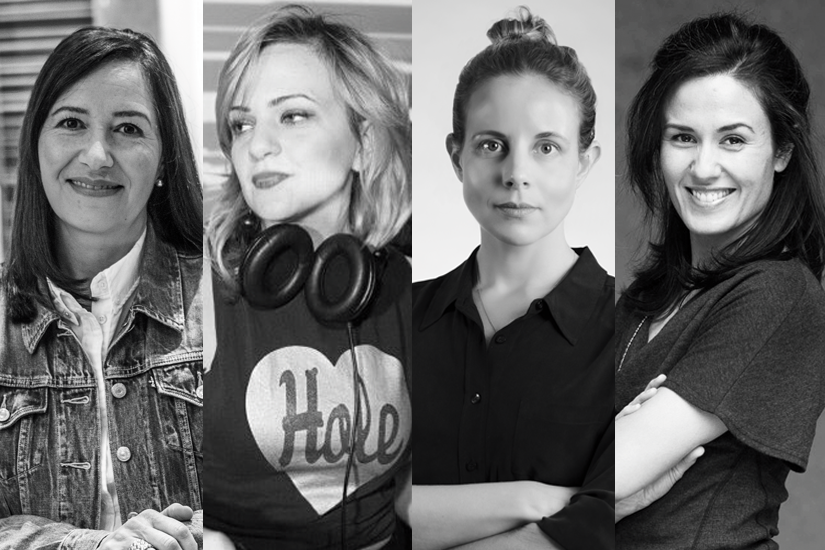 The night Kanye West’s The Life of Pablo hit the Internet, while you were memorizing the lyrics to “Fade” and refreshing your Twitter to see the latest on the T.Swift debacle over that line in “Famous,” Sarah Lewitinn was busy too – editing out all the profanity from the album. “I was up until 4 a.m. so I could add it to the stores ASAP,” says the New Yorker, who curates the eclectic (think everything from Chvrches to Drake) play-list for all of the North American Aritzia and Wilfred stores. Lewitinn started out as a teenage music critic and later ran a record label. She has been DJing for over a decade and compares building the ultimate song list for the Canadian retailer to programming the best radio station ever. “I’m not making a playlist for the most popular girl in school but rather for the cool girl the popular girl secretly wants to be like.” That’s music to our ears.

THREE SONGS LEWITINN HAS ON ROTATION RN  1. “Secrets” by The Weeknd. 2. “Cranes in the Sky” by Solange. 3. “I Followed You Home” by Eliot Sumner.

As far as corporate mantras go, Lululemon’s is pretty chill: “When life works, work works.” It’s not surprising, then, that the Canadian label, which was at the forefront of the athleisure revolution, created the role of mindfulness manager in 2015 to help its employees focus their minds and supercharge their careers. Now director of mindful performance, Danielle Mika Nagel and her team of meditation teachers lead sessions for everyone from store staff to the executive team (including twice-daily classes at the company’s Vancouver head office). Mika Nagel also creates customized programs and yoga podcasts for internal use and for the world-class athletes with whom the brand works. But her guidance as a certified teacher goes beyond sun salutations. “The outcome of practising yoga and meditation is present-moment awareness,” she explains. “When we’re present, we embrace life and begin to look at challenges as opportunities for growth.”

LIVE IN THE NOW  “Start mono-tasking rather than multi-tasking,” she says. “Whether you are having a conversation, driving your car or helping your kids with homework, stay fully present with that one activity.”

Tracey Panek is not your typical archivist. This history buff traded in books for blue jeans in 2014, when she took a job as Levi’s on-staff historian, responsible for the cataloguing of the company’s archives in San Fran. She also travels the globe looking for vintage pieces to add to the collection. Recently – and thanks to the auction-house gods – she acquired Albert Einstein’s leather jacket, which dates back to the 1930s. “Making discoveries [like that] is definitely the most exciting part of my job,” she says. When she’s not snapping up rare garments, she’s collaborating with designers to research historical designs and details that often inform the direction of new collections or the re-releases of throwback styles – and she gets to do it all in jeans. “Let’s just say that my work uniform consists of the denim tuxedo,” she says.

You probably haven’t even decided what you’ll have for lunch today, but New York-based trend forecaster Romney Jacob knows what you’re going to want to buy in 10 years. Despite her “straight out of The Hunger Games” title, she uses her powers only for good: to help fashion brands learn what will sell for them in the years to come. “We help companies connect the dots and navigate the future of what their consumers are going to be interested in and when it’s going to hit for their business,” says Jacob, who started her career in fashion journalism. “Only after spending years in editorial roles did I discover that my strongest drive came from tracking the emergence of trends – not just talking about what is the new black but analyzing why it’s the new black.” How does she do this? Instead of relying purely on statistical data (though that still plays a role), she organizes “trend treks”: bespoke itineraries that allow execs to tour specific regions and markets where they’re interested in doing business. Recently, she says, she took a team to four cities across Europe to live life like Millennials. Taking 10 selfies a day was optional, of course.

WHAT SHE HAS LEARNED  “Be open to finding your niche in this industry. When I started my career in fashion, I only knew about two paths: being a designer or working for a magazine. Learn about all of the different avenues you can take in fashion, and be honest about which ones truly excite you each day.”