We are floored by stylish rugs. 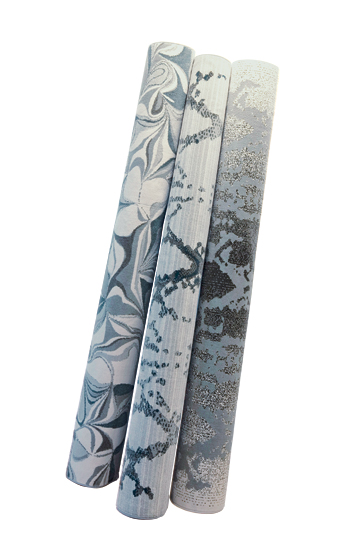 Since moving to Toronto last spring, I’ve been looking (unsuccessfully) for a rug to go with my modern grey-blue sofa. So, when Korhani Home invited me to co-design a rug based on fall’s top runway trends, it was the answer to my decor dilemma. “Fashion has always been a major source of inspiration for us,” says Kirsten Korhani, the brand’s creative director. “For me, rugs are like new clothes: I like to change them with the seasons.”

Prior to my meeting with Korhani Home designers Danielle Dengerink and Angelene Fenuta, they sent me three colour palettes to choose from. I’m drawn to the grey, blue, white, eggplant and lime shades because they’ll work best with the fall/ winter 2011/2012 runway images I’m using for inspiration. “Could we swap out a couple of the colours on the loom to achieve small pops of turquoise and jade in my rug?” I ask innocently. Dengerink chuckles. “No, it’s pretty hard to change the loom colours,” she says casually. Later, during a tour of Korhani Home’s manufacturing facility in Sorel-Tracy, Que., I find out that each loom has approximately 10,000 bobbins of yarn that link to individual metal eyelets and act like needles. “It takes two weeks for two workers to change all the bobbins on one loom—and that’s working 24 hours a day,” says plant manager Marc-André Deom.

While I can’t deviate from the colour palette, I’m assured that I can achieve significant pattern detail. “Think of the tufts of yarn as pixels, like on a television,” Dengerink tells me as the two designers look over my snakeskin-print selections from Peter Pilotto and Chloé.

Finally—and most importantly—the designers show me how a digital sample of a rug pattern compares to the finished product. The image doesn’t do justice to the areas where tuft colours are densely mixed—it takes some imagination to visualize the blended colours.

With that, I head home, sit on my couch and start scouring the runways and design books for additional inspiration. Several conference calls and numerous digital samples later, we settle on a few designs. Korhani may swap her rugs for the season, but I suspect that my new rug will be on trend for some time— soft grey-blues and snakeskin accessories were seen on the 2012 spring runways.

Diane von Furstenberg f/w 2011/2012 What fantastic colours!
Peter Pilotto f/w 2011/2012 A creative combo of digitized snakeskin with some ikat flair.
Chloé f/w 2011/2012 Love this ombré version of a subtle, clean and elegant snakeskin print.
Missoni f/w 2011/2012 The sweater cut-outs remind me of cracks in a glacier, while the snakeskin jacket looks almost pixellated.