Why the Future of Fashion Will Be Sustainable

The future of sustainable fashion is looking bright. 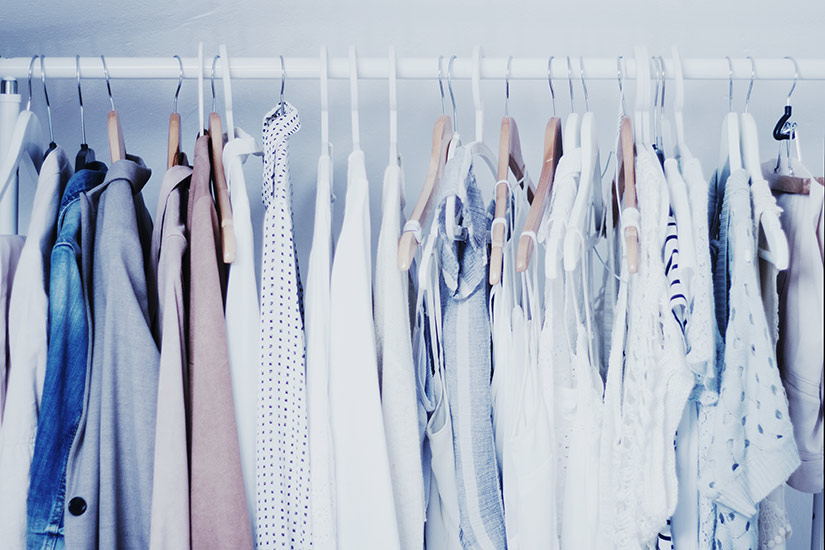 Fast-forward to 2025. It’s a bright late summer morning. Rise and shine! Make the bed, tightly tucking in those bionic-yarn sheets. A spritz of a shower — no water waste, thank you very much. Then, breakfast: a slug of Soylent or an avocado-CBD smoothie? And now, what to wear? How about Levi’s organic-cotton jeans dyed with natural indigo and a black belt in biofabricated leather that was grown in a lab? Maybe a tailored men’s suit jacket in a recycled wool that looks as fine as Savile Row cloth, Nike 3-D-printed trainers, De Beers synthetic-diamond studs, a Baume recycled-aluminum watch, with its upcycled-material strap, and a Stella McCartney handbag made from Econyl yarn, a recycled nylon. And out the door, on the bike and off we go!

This may all sound slightly sci-fi, but, in fact, most of these sustainable clothes and accessories exist on a small scale today. And if fashion has its way, they will fill our wardrobes in less than a decade. “The way we consume fashion will be different,” says Anna Gedda, H&M’s head of sustainability. “It has to be because we’re running out of resources.”

To be more sustainable, corporations such as Kering, the luxury group that owns Gucci, Yves Saint Laurent and Alexander McQueen, have set up EP&Ls (environmental profit and loss accounts) to analyze where the negative ecological impacts are and how best to correct them. This has led to supply chains being restructured worldwide and to deadlines for improvements. H&M aims to use only sustainable or recycled materials by 2030. By next year, Marks & Spencer will source all of its cotton from sustainable sources — a big move, says Paschal Little, the British retailer’s head of technology, “since we use cotton more than anything else.” And by 2020, Theory plans to use only sustainable fabrics, such as Supima cotton, Tasmanian wool and Forest Stewardship Council-certified triacetate (a popular synthetic fabric), with as much supply-chain traceability as possible. “In 10 years, the fibres, the buttons, the labels, the shoulder pads, the inner components of the garment — we want all of that to be sustainable,” says Wendy Waugh, the company’s senior vice-president of merchandising and product development.

More intriguing — and sexy — however, is the technology that will reinvent what we think of as clothing. Take the Levi’s project with Seattle-based textile start-up Evrnu, for example. In 2016, the duo created the world’s first jeans made of a fibre derived from recycled cotton T-shirts. This renewable fibre not only converts clothing waste into new cloth but also uses 98 percent less water than the traditional cotton process. Cotton is one of agriculture’s thirstiest crops, requiring a staggering 20,000 litres of water to produce just one kilo — the amount needed to make one pair of jeans.

“Evrnu is an industrial miracle,” says Paul Dillinger, head of global product innovation for Levi Strauss & Co. “Now we have viable garments with the same strength properties and wearer experience as conventional cotton. We haven’t run it to market yet because it is a research-and-development-intensive process, but we’re thrilled with the progress Evrnu has been making and are just shy of the point where we will introduce it into our broader supply chain as a material.”

Many of these initiatives are cooked up at in-house laboratories. Kering opened its Materials Innovation Lab in 2013 outside Milan. “We already have 250 swatches of new fabrics that meet our criteria and can be used by our brands,” says Marie-Claire Daveu, the group’s chief sustainable officer. Richemont, the luxury group that owns Cartier and Chloé, has Microcity, an innovation centre in Switzerland where a team of 50 researchers and technicians explore everything from new metals to digital processes like 3-D printing. “They have quite a wide scope,” says Matthew Kilgarriff, Richemont’s director of corporate social responsibility. In April, Gucci opened Artlab, a 37,000-square-metre hub outside Florence. Its 800 staff will prototype and sample products in new materials. And near the San Francisco headquarters of Levi’s is its Eureka Innovation Lab, where the brand finds cleaner, smarter ways to make jeans, such as fading cloth using oxidation rather than chemicals and distressing with lasers instead of hand-sanding.

Perhaps the greatest change in production is coming from sailing legend Ellen MacArthur as she heralds the shift from a linear to a circular apparel economy. She launched the Circular Fibres Initiative at the Copenhagen Fashion Summit in 2017, encouraging the collaboration needed from industry heavyweights, such as Kering and Inditex (which owns brands including Zara and Massimo Dutti), to reform the textile supply chain so everything is reused in a continuous cycle. Hannah Jones, Nike’s chief sustainability officer, explains that in a circular economy, “everything you make can be reborn and reused.”

How will this translate in our wardrobes? “What you wear will be made of a by-product, such as vegan leather made from leftover wine products or fabrics made from bio-waste, like pineapple peel,” says Gedda. Or even 100-percent recycled material: Kering and H&M have both invested in Worn Again, a London-based firm developing a way to separate cotton-polyester blends, reprocessing them to a virgin-like state.

“As science-fiction writer William Gibson said, ‘The future is already here — it’s just not very evenly distributed,’ and that’s what we are seeing,” says Jones. “We are putting the future on people. The question is: How do you scale it and change the entire industry? How do you make these the mainstream products of the future?” That, she says, is what brands are working on. Nike has managed it with its Flyprint running shoe, which has a 3-D-printed upper, and Kenya’s Eliud Kipchoge ran in a pair of Nike’s Zoom Vaporfly Elite Flyprints when he won the London Marathon in April. As for the idea that pro-environment business practices are loss leaders, Jones says: “We discarded that myth long ago. We are investing in growth and in the future.”

There are plenty of other innovations on the horizon, like sewing robots (or “sewbots”), which Gedda says will revolutionize manufacturing. Garment workers will be trained to run the machines rather than sew themselves so they will be working in cleaner, safer environments. There will be more customization via software, such as what London’s Unmade has developed for factory knitting machines, making each garment produced different from the previous one. “We will move from supply-driven to demand-driven,” says Gedda. “You won’t have leftover clothes because you won’t produce anything that won’t be sold. Economies of scale will disappear.”

Will artificial intelligence eventually tell us what to put on in the morning? Maybe. What is certain is that while much of this seems exotic now, “given how quickly everything is evolving, in 10 years this will all seem normal,” says Daveu. With a circular economy and lab-generated materials, the idea of more planet-friendly attire is not only pleasing and uplifting but also ennobling. Coco Chanel famously said, “Fashion comes and goes.” But in our future, fashion will come around again and again and again.