Why the DVF wrap dress will always be a timeless staple 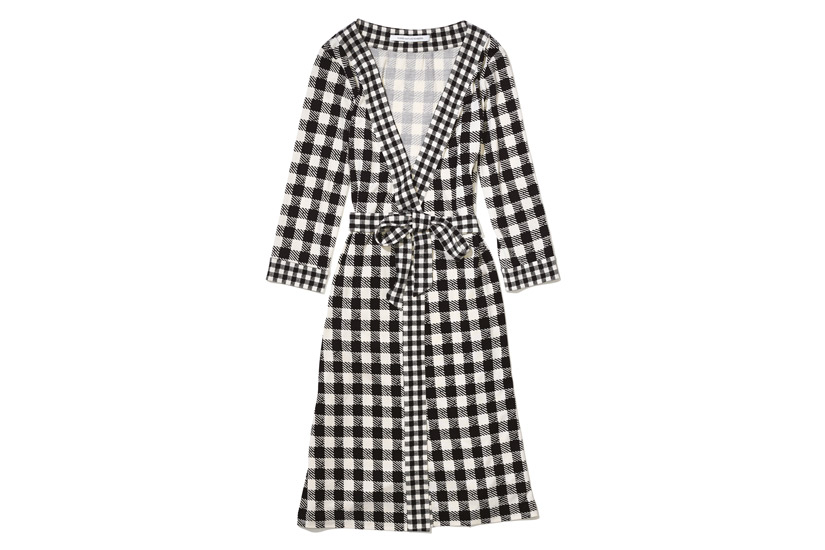 Much has changed for Diane von Furstenberg since 1974, when she posed for her brand’s inaugural campaign touting the provocative tag line “Feel like a woman, wear a dress.” The dress in question – a simple but sexy wrap style made from soft body-hugging jersey – went on to sell by the millions, turning the Belgium-born, NYC-based designer into a household name. Four decades later, she has 45 boutiques around the world and, like anyone who has truly made it, stars in her own reality-TV show, House of DVF.

I was wearing one of my dresses the day I met Diana Vreeland,” says von Furstenberg of her meeting with the Vogue editor that inspired her to show for the first time at Fashion Week. “I was very nervous, but she loved the dresses, and before I knew it I had started a business.”

“I had no idea the dress would be so successful,” she reflects. “I really had myself in mind when I designed it. I wanted a simple dress that I could wear anywhere.” The crossover style was inspired by ballerinas’ warm-up gear. “It turned out to be exactly what women wanted at the time – to go to work and still feel feminine.” That much has stayed the same, she says, noting that within her own family, the dress has been a wardrobe staple for her mother, her daughter and now her granddaughter. Many famous style icons have also loved the DVF wrap dress  in their day – from Jerry Hall and Cybill Shepherd to Madonna and Kate Middleton.

READ MORE: Upgrade your winter wardrobe for under $500

“It came to represent freedom and independence for generations of women,” says von Furstenberg. “Fashion is really about expression – this was true in the ’70s and it’s true now.”

READ MORE:
How to wear ’70s style denim
10 designers to watch at Fall 2015 Fashion Week
10 dresses to wear to a winter wedding