What Does the Future Hold for the Canadian Fashion Industry? 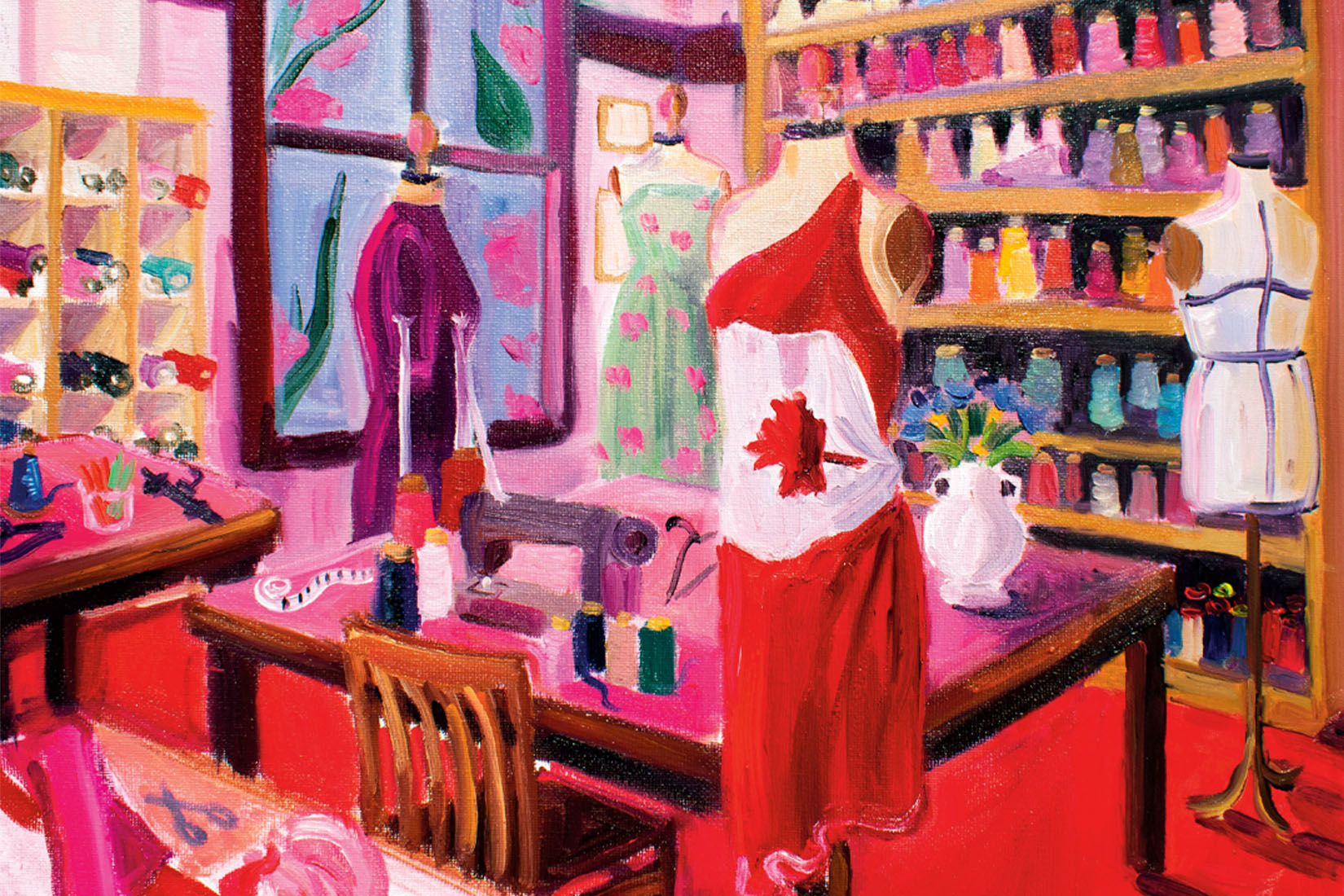 Canada’s homegrown talent is off the charts. From incredible designers (the dark romance of UNTTLD, the playful femininity of Tanya Taylor, the critical acclaim of self-taught Vejas) to change makers (photographer Petra Collins, Business of Fashion founder Imran Amed), there is no shortage of creatives making their mark. But, unlike the old guard across the Atlantic, we still haven’t quite built a comprehensive support system. Fashion weeks are held across the country every season, but for some designers, the cost of taking part doesn’t bring a return on their investment. What is needed for our stars to shine? We asked a panel of experts. The answer: a (big) village—from investments (federal and otherwise) in brands to retailers carrying homegrown labels to the media supporting said labels and, yes, to us, the consumers, opening our eyes and seeing the bounty in front of us.

THE PATH TO SUCCESS STARTS WITH INVESTMENT

BRIGITTE CHARTRAND “Investing in edu­cation will create stronger designers, photographers and creatives and build a community here that can lead to more homegrown opportunities; it will encourage talent to stay in Canada.”

BEN BARRY “The fact that fashion is not recognized as ‘culture’ by the federal government is a major challenge. That has done a big disservice to the industry. Fashion is how we express who we are as Canadians; fashion is culture.”

SAGE PAUL “We’re really lucky that Indigenous Fashion Week Toronto receives funding from the [Ontario] Arts Council, because it recognizes fashion as an art form that carries on important Indigenous trad­itions and cultural practices. But on the larger scale of fashion, we need to support our design­ers by creating the resources for them in the same way that we do for musicians. Musicians are able to apply for funding to produce their al­bums, and then they go on to a label or other infrastructure to mass-­produce their albums.”

THE IMPORTANCE OF THINKING INTERNATIONALLY

CHARTRAND “There are young voices show­ casing what Canada has to offer: Thomas Tait, Vejas Kruszewski and, most recently, Marie-­Ève Lecavalier have all been included in the LVMH Prize [created to support young fashion designers around the world], which has helped amplify Canadian design internationally.”

VICKY MILNER “Many models, photog­raphers and stylists have Canada as a home base but work globally, and they should. I’d never penalize a Canadian who has decided to work abroad. They’re creating a business based on the Canadian values that nur­tured them as well as their Canadian education.”

NINA KHAREY “I find it difficult to achieve success without moving to a fashion capital because influential Canadians are unfortunately resistant to support a brand that has yet to succeed in the United States. You really have to hustle and get the right people to notice you here.”

IS THERE A FUTURE FOR CANADIAN FASHION WEEKS?

MILNER “I think big internation­al shows will always be there for the grandeur. Chanel, for ex­ample, will always have a show for its consumers who want the theatrics of a grand fash­ion show with a million­-dollar budget. What’s shifted around the world is how most people absorb the collections and how they make decisions to buy.”

DWAYNE KENNEDY “A lot of designers are choosing not to show and going more digital. Change is always good, though, so people will start rethinking the model.”

JOE ZEE “Everything needs to be centralized instead of having multiple fashion weeks. I feel like everyone has splintered off to do their own thing, but until we can find that grounding force to bring it together, it’s going to be hard.

BARRY “Indigenous Fashion Week Toronto, for example, has reimagined fashion week. There were speakers, craftsmanship workshops, runway shows, fam­ily spaces…. They reimagined it not just as an industry hub but as a community hub; it’s a space of inspiration and dialogue.”

KHAREY “I would love to see Canada included on the global fashion calendar. If there was more support here, and more awareness of what Canada can offer, I think editors and buyers would be flying in from around the world to see what Canadian brands are showcasing.”

THE NEED FOR RETAIL SUPPORT

MILNER “We have all these talented people, but they need economic development. In other countries, retailers will buy from a designer for several seasons and work with them, so it’s not a one-hit wonder. Some designers need time to grow. Simons is a great example of that here at home: It nurtures a lot of Canadian brands.”

CHARTRAND “The opening of the five-storey SSENSE flagship in Montreal last May was a significant moment. It was the first building in Canada to be designed by internationally renowned David Chipperfield Architects. We’re grateful for the massive amount of international attention the opening attracted. The store has become a must visit destination and, by extension, so has Montreal.”

ZEE “And now there is Meghan Markle, who has put Canadian fashion on the map in a bigger way than almost anyone else. That is the biggest billboard anyone can have these days.”

ZEE “When you’re not in one of the four fashion centres [Paris, New York, Milan, London], it’s hard to get noticed.”

CHARTRAND “The industry can feel restrictive and uninviting at times. However, we’ve always considered having our base in Montreal one of our greatest advantages: It liberates us from being a part of the status quo, and we’ve challenged the conventions of our industry.”

MARIE SAINT PIERRE “The west of Canada is very different from the east: Each province has its strengths, but it’s hard to say ‘I’m from Canada and this defines me.’ Consumers in other markets are a little ignorant about who we are.”

MILNER “The biggest stereotype we have to break in the international community is that Canadian fashion is just about outerwear. Roots has done a great job of telling its story, and Canada Goose has our country right in its name so no one will mistake where it’s from, but we have to show that we have a diverse offering of brands. We have amazing outerwear, but we also have stunning eveningwear and everything in between.”

ON CREATING A MORE INCLUSIVE INDUSTRY

PAUL “I didn’t see myself in industry because I didn’t have the money to produce a collection—or even have access to people at the bigger corporations, because to work at those corporations, you have to intern and work for free, which I wasn’t able to do. I really encourage those who are on the fringe to create a space for themselves.”

BARRY “Lesley Hampton’s most recent show at Toronto Fashion Week, in which she cast all Indigenous women of diverse ages and body types, was a breakthrough moment. It centred on the original fashion of Canada, Indigenous fashion, and it spoke to the beauty of celebrating all bodies in artful clothing. I think that is an example of what Canadian fashion is and can continue to be.”

CHARTRAND “Our designers are putting forward designs that reflect our multicultural and progressive environment. Not only that, but I find that Canadian designers embody a level of humility and willingness to collaborate, which I believe are two identifiably Canadian traits.”

MILNER “You can’t just cast a woman of colour for one show because it’s a hot topic. We have to shift the people who are in power in order to be more diverse.”