A new Canadian womenswear designer to add to your radar. 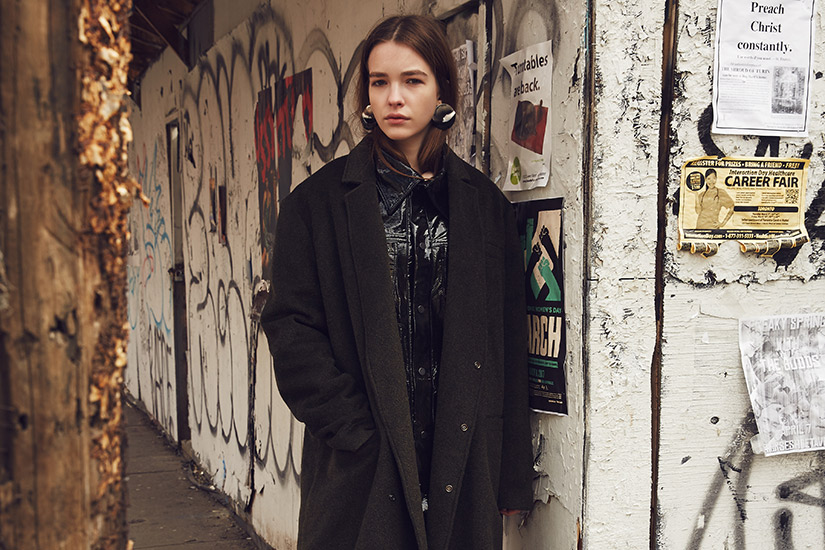 When we reach Andrew Coimbra over the phone, he is walking down Fifth Avenue in New York City. “This is so clichéd,” says the Toronto-based designer, who’s scouring Manhattan for textiles to use in his next womenswear collection. After all, Coimbra’s clothes—best described as androgynous streetwear with a luxury edge—are decidedly more SoHo than Fifth Avenue.

Coimbra got his start at Pink Tartan and Proenza Schouler before launching his eponymous menswear label in 2015. But when female friends started copping his slouchy joggers and neoprene bombers, he expanded the range. “I started playing around with putting men’s clothes on women, which isn’t a new idea, but it translated really well,” he says.

Here’s what else you need to know about the designer: He’s “obsessed” with zippers, singing the praises of the smooth glide of the Swiss-made Riri (no relation to Rihanna, sadly) zips used in his pieces. He’s also laser-focused on global expansion. “Canadians have this interesting complex,” says the 29-year-old. “They don’t trust anything until it’s doing well outside of the border. I realized very quickly that I had to think internationally.”

To gain more exposure, Coimbra entered this year’s New Labels Fashion Design Competition, an annual fashion design contest put on by the Toronto Fashion Incubator. (Finalists compete for a $30,000 cheque and industry mentorship.) His New Labels collection, made for “a nocturnal city person,” featured interesting textures like leather that looked like an oil slick and quilted jacquard.

Which brings us to the final thing you should know about Coimbra: He’s a very gracious loser. When asked about the experience, the designer praises the contest as an opportunity for development and growth. “I didn’t win, but I didn’t lose either.” We’re calling it: This won’t be the last time you read his name.