This is how French women do lingerie

Author Kathryn Kemp-Griffin unhooks some of the key elements of French lingerie. 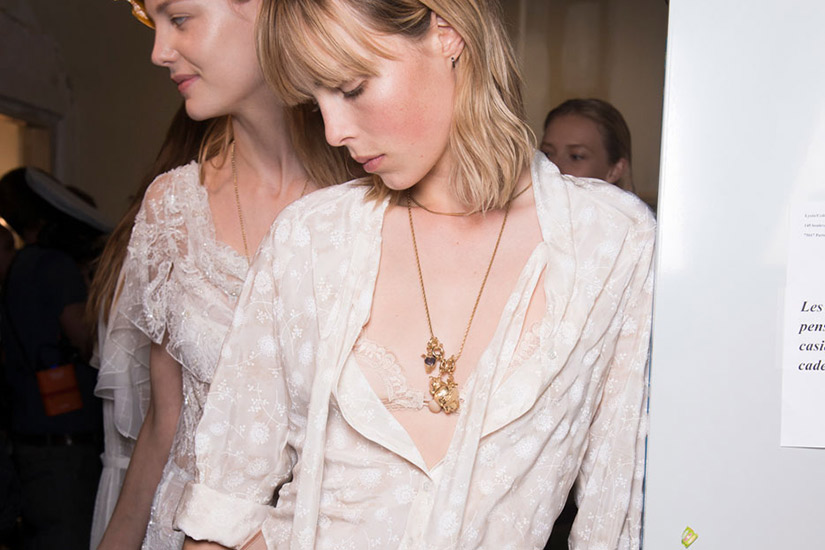 In 1990 Kathryn Kemp-Griffin moved with her husband from Toronto to Paris. She started a lingerie-care company, and became the Paris correspondent for Lingerie Journal, an American online trade magazine. In 2009, she founded Pink Bra Bazaar, a breast health charity.

This week she is releasing her first book, Paris Undressed – The Secrets of French Lingerie (with beautiful illustrations by French lingerie designer Paloma Casile).

The book is a surprisingly fun take on the “us versus them” Paris expat experience, and demonstrates that good lingerie – don’t ever call it underwear – is part of the cultivation of the sensual that is essential to the French art of living.

What drew you to Paris?

“A coin toss. Early into our marriage, my husband and I wanted an adventure and decided to live somewhere else. We narrowed our choices to San Francisco or Paris. The coin landed on heads and we are still in Paris more than twenty-five years later.”

How did you get started in the lingerie business?

“I wanted to work and it was hard to find a job without working papers or knowing the language. So I started my own company, Soyelle, specializing in lingerie accessories and beauty products.”

Why did you write the book?

“After I sold my lingerie company 7 years ago I decided I wanted to write.I realized that it was a good time to write a book about lingerie. I had worked in the industry for many years and learned a lot so I wanted to get it down on paper.”

What surprised you the most in your research?

“The importance of the language of lingerie and the relationship between words, emotions, and textures. The French language brings richness and offers layers of nuance in shaping and defining one’s lingerie experience.For example, the expression à fleur de peau (fleur=flower, peau=skin) refers to the surface of the skin and the sensation of something very close, like the touch of a lover who makes you tremble! A Fleur de Peau is a popular name for lingerie boutiques in France, appealing to the sensation and caress of lingerie.”

French women have a reputation for wearing lovely underthings even when they’re in ripped jeans, a T-shirt and sneakers. Is that emphasis on well constructed lingerie the secret to the famous French nonchalant chicness?

“Yes, but the secret of chic is confidence. A French woman understands that through lingerie she can above all delight in the art of being and have fun and please herself.”

Can one use lingerie as empowerment?

“I think the word empower is better suited for equal rights! Lingerie transforms the routine of getting dressed to an enriched sensorial experience that has a ripple effect throughout the day.”

“Not necessarily. I think we see more colour in lingerie advertising and merchandising in North America than in France. Just look at the heaps of panties on display! In reality, however, I think beige prevails in most North American lingerie drawers. In France, colour is abundant and the French love a rich colour palette for their lingerie and wear many shades and tones.”

What are your thoughts on letting your bra strap or a bit of bra lace peek through your outfit, what the French call “veiled seduction”. Are there hard rules about what’s acceptable with regards peek-a-boo and what’s just vulgar?

“I would much rather see the delicate detail of a bra strap than an invisible one made of silicone! Stirring the imagination with delight is never vulgar. In Paris Undressed, I go into great detail about sensuality, not sexuality. Sensuality is the beauty and mystery that lies in the space between modesty and provocation, and from design to marketing, the French understand the very fine line between elegant provocation and vulgarity, and dance on that line with grace – and lace.”

What is the main difference between French and Canadian attitudes to underthings?

“In North America, the focus is on purpose; the function, comfort, and practicality of bras and panties. Most of us are more comfortable with the word underwear than lingerie. Lingerie, on the other hand, is a euphemism for sex or the promise of sex. In France, women primarily wear lingerie for themselves. [It’s a way to] provoke sensations and inspire feelings. With or sans sex.”

What should every woman have in her lingerie drawer.

What should you know and know to ask when shopping for a bra?

“We are all designers of our femininty and sensuality, which ultimately finds expression in our lingerie. In Paris Undressed, I guide the reader through several easy steps to selecting a bra that fits. But ultimately, don’t buy anything unless it triggers an emotion or sensation.”

You lead lingerie-themed tours around Paris. Tell us about those. Who is your typical client for the tours, and what are some of the highlights?

“Well, first of all I have the opportunity to meet great women. Women of all ages and professional backgrounds: mothers, daughters, and girlfriends who are either single, married, divorced, or any combination of all three! Tours usually last 2 hours and I start with one of my favourite locations: Le Bon Marché. One can find most French lingerie brands there and the setting is magnificent — it’s a cross between a museum and a candy store!I then might introduce the woman (or women) to a more fashion-forward label, meet a designer, or visit a vintage lingerie store. The tours are tailored for each person. Ultimately, I end up in the dressing room with them all and women leave with renewed confidence about themselves and a new perspective on their lingerie.”