The life cycle of an It bag

What goes around comes around. 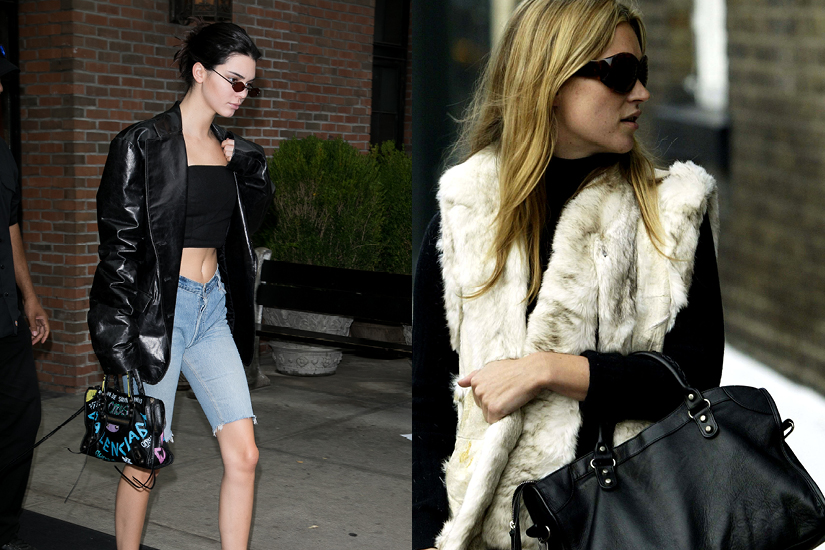 There are certain bags that are immune to trends—a quilted Chanel or a woven Bottega Veneta comes to mind. Then there are the more ephemeral styles that skyrocket to It status only to be toppled by the next big thing. Here, we track how a bag goes from runway rookie to must-have.

Design “A luxury bag, in its truest sense, is a bag that stands the test of time in both quality and design,” says Myriam Schaefer, the creative eye behind some of the most memorable bags of the past two decades. The Parisian designer, who now runs her own eponymous line of high-end bags, created one of Balenciaga’s most iconic accessories—the City bag—in 2001.

Endorsement After the City debuted on Balenciaga’s fall 2001 runway, Kate Moss started carrying the studded textured-leather purse, causing it to sell out. It wasn’t the first time star power helped catapult a bag to mainstream mania. Gisele Bündchen single-handedly put Mulberry bags on the map when she walked in the house’s spring/summer 2003 runway show carrying a multi-buckled tote that went on to be named after the supe. More recently, fashion’s reigning wunderkind Alessandro Michele brought Gucci’s classic Dionysus back to relevance with his tricked-out takes on the flap-bag style.

Thrill of the chase In 2005, all 8,000 of Chloé’s Paddington bags sold out before they even hit stores, thanks to the brand’s strategic celebrity gifting. (Fact: Kate Bosworth can sell a lot of leather purses.) The same year, Marc Jacobs’ Stam bag (named after Canadian model Jessica Stam) was so popular, department stores closed their wait-lists. In 2017, on fashion search engine Lyst, hits for Gucci bags were at a high—Marmont and Dionysus took the spots for first- and fifth-most-searched bags, respectively.

The move on Once a style goes mainstream, many flock to the next rising trend. In 2008, it was Proenza Schouler’s PS1 satchel. Designed to be an anti-It bag, the utilitarian style dethroned the celebrity-endorsed stalwarts of the early 2000s, ironically. In more recent years, shoppers have left their prized old-school luxury totes in the dust (bags) and turned to buzzy Insta-famous brands like Cult Gaia and Simon Miller.

The resurgence For proof that fashion is nothing if not cyclical, look no further than the Dior Saddle bag. The early-2000s style, last seen in the crook of Paris Hilton’s arm, made an unexpected appearance on Dior’s fall/winter 2018 runway following its resurgence among models and influencers. “With the hyper-fast pace at which trends come and go, thanks to the effects of social media, people are longing for classic heritage pieces with a sense of nostalgia,” says Rati Levesque, chief merchant at luxury resale site TheRealReal, where demand for vintage Saddles has doubled this year. Levesque also predicts that, with the imminent departure of Phoebe Philo, Céline’s forgotten Luggage tote is bound to come back to relevance. “Iconic styles made their mark on history for good reason, and these bags will always be relevant,” adds Schaefer. To her point, after a hiatus from the spotlight, the City bag has found a new generation of adopters—Kendall Jenner among them.

How to choose a bag for life: “I believe the convenience of a bag infinitely enhances its beauty. A good bag should be weightless. I also make sure to design bags that can be easily packed without sacrificing their shape or wearability. There’s an inherent statement a handbag makes that defines every woman, making it the single piece in her wardrobe that she should not compromise on.” — Myriam Schaefer