The eternal magic of the designer handbag 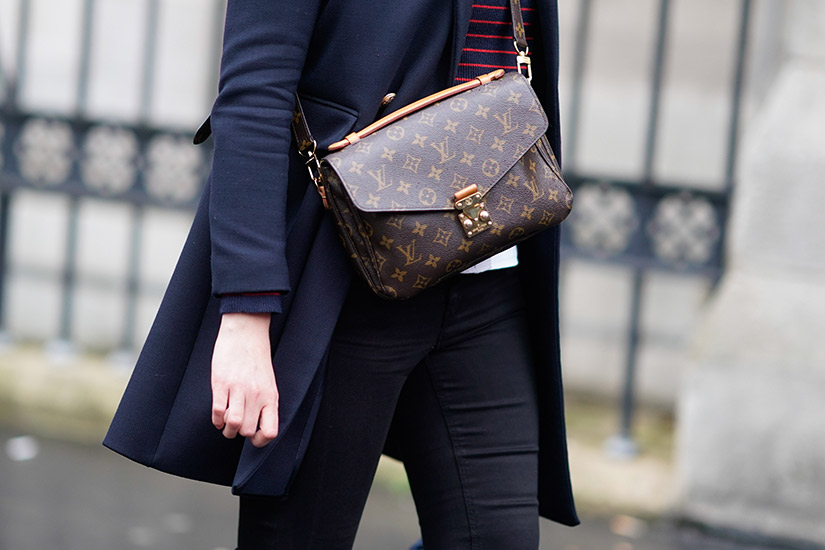 When I was in my early 20s, my friend’s mother passed away, so I went to help her empty her childhood home. Her mother used to live in a giant four-storey house in Montreal and had the most wondrous taste in clothes. She had closets full of cascading pants, Victorian nightgowns and ballooning sweaters. Packages of clothes she had ordered kept arriving in the mail even after her death. My friend kept tossing things at my head, saying, “Here, you’ll look good in this.” I walked out of the house wearing a leopard-print cashmere sweater, a trench coat and high-heeled leather boots. In other words, I looked as if I’d been married to Mick Jagger at some point in my life. The most extraordinary object that was tossed at my head, however, was a large Louis Vuitton bag.

I had never been in possession of a designer bag before. In fact, I had never been in possession of any designer item, although I had coveted them my entire life. The top-handle handbag was sturdy, and the leather was perfectly stitched. This bag knew how to be a bag; this bag was meant to last for life. I took my Louis Vuitton to the YMCA. I stuck my dog in it. I took it with me on a Greyhound bus trip to New York. I put my lunches and notebooks and tampons in it. I spilled everything on it. My pens leaked all over it, and, of course, it only became more and more beautiful. But what of this poor Louis Vuitton bag? It was designed for the high life. Designers keep prices high so their clothes don’t end up in the hands of a broke bohemian like me. They aren’t meant to go to the university library and be filled with books crawling with bedbugs.

Riding the subway, half asleep in a torn coat, with a Louis Vuitton bag leaning against my sneakers, I probably looked very much like a fashion editorial—which was the only place I’d ever seen designer clothes. At that age, I viewed all art as an interpretation of my psyche. (It’s a fallacy of youth that you believe everything in the world was created specifically for you: All the songs on the radio are descriptions of your life. The main character in every novel is a stand-in for you—it’s you dressed in an Edwardian gown and conniving to steal a fortune; you are the alienated teenager wearing a hunting cap and talking to a sex worker.)

But I related most profoundly to fashion editorials; I lost myself as I revelled in the art and beauty of the clothes. The models were always in situations I could easily have found myself in, like sitting on a stoop or hitchhiking on a bridge or falling into a puddle. If I stared long enough at a fashion feature, I began to see myself in it. I got the inspiration for my second novel from a photograph of a 20-year-old standing outside a motel on an American highway; she was wearing a Comme des Garçons wedding dress and weeping. “That’s me,” I thought.

I love seeing expensive clothes in shoddy contexts. That’s where they look the most beautiful. I don’t want to see a Burberry trench on a woman eating lunch at the Ritz-Carlton; it wouldn’t fully highlight what is so magnificent about it. I want to see it in an editorial on a girl with smudged makeup on a city subway, the trench turning her into a Marguerite Duras character who is on her way to have dinner with a rich man in order to get her family out of their gambling debts.

Nowadays I’m in my mid-40s and successful, so it wouldn’t seem extraordinary for me to own a Louis Vuitton bag. I suppose I’m the type of person Louis Vuitton designs for. But not long ago, I saw a fashion editorial of a barefoot girl dressed in a pink suit. She was sitting on a stack of Louis Vuitton bags. She looked both chic and dishevelled. She looked as if she had slept in her suit and wore it to eat at a small restaurant that served breakfast all day. She looked as if she’d just written a letter apologizing to a man she had cheated on. She looked like she had notebooks of poems and observations in her bags. “That’s me,” I thought. 