The era of body-positive lingerie is here

Lingerie – and the definition of sexy – is evolving. 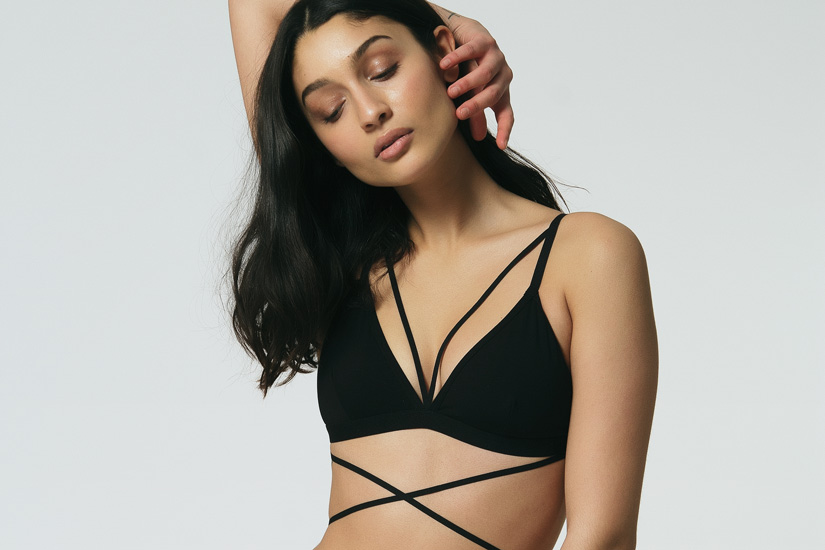 When lingerie designer Mary Young set out to shoot a Valentine’s Day campaign for her self-titled line, she skipped the usual tropes: the glossy-limbed model on a florid chaise, a vacant stare, rose petals. Instead she envisioned two real couples – one romantic and one platonic – lounging serenely. “I wanted to celebrate love in all its shapes and forms and show women of all sizes and backgrounds and with different stories,” she says.

The Toronto-based, Made-in-Montreal brand is one of several up-and-coming lingerie labels offering a refreshing alternative to the male-gaze-informed messaging that has long been prevalent among the mainstream players. Toronto brands Fortnight (which recently collaborated with model and body-positivity activist Candice Huffine) and Knixwear (known for seamless styles with an athleisure twist) as well as L.A.-based Naja (known for its inclusive range of nude shades) all operate with an un-retouched authenticity. Their MO: Buying and wearing lingerie can be an act of self-love.

The products back up this belief. “Our garments are not intended to flatten, lift or reshape but to embrace your body,” says Young, whose bestseller is the Contrast Bra, a soft mesh triangle style that nixes padding and underwire. Her lingerie is now stocked in 30 stores across North America – proof that there’s a demand for undergarments that are feminine but not girlie and sexy but not at the expense of comfort. Even Serena Rees, founder of Agent Provocateur (a brand that’s a beacon of traditional sex appeal), joined the low-key lingerie space with the launch of Les Girls Les Boys last year. The line consists of loungewear-inspired lingerie with an androgynous bent – no push-up bras or corsets, thank you very much.

Whether it’s the athleisure movement or a desire to feel confident on our own terms, “we have definitely been moving toward a more casual and comfortable kind of sexiness,” says Jo Lynch, lingerie editor at trend forecasting company WGSN. In a 2017 report on the state of the lingerie industry, WGSN suggested that when it comes to brand positioning, the highly filtered and edited approach is starting to feel corny and dated – especially in the era of Generation Woke. “Consumers are responding to brands that share their values,” says Lindsay Reeve, founder of online lingerie shop Undone, a site that carries brands like Lonely, a New Zealand-based line of understated lace designs without padding, and Danish basics darling Baserange. “They want to see different body types; they want to see stretch marks,” she adds.

For Marissa Vosper, the idea for Negative Underwear, the body-positive line she co-founded with Lauren Schwab, was born from a frustration with the status quo. “I couldn’t understand why a fundamental part of your wardrobe is the first thing you want to rip off when you come home from work,” she muses. “Bras shouldn’t have to suck.”

So why have bras sucked for so long? Vosper chalks it up to a lack of newness and disruption in the industry. Today, thanks to advances in textile innovation (which have resulted in stretch jerseys that offer more support), direct-to-consumer e-commerce platforms and Instagram as a #nofilter marketing tool, the indie-underwear sector is booming. Finally, there’s more choice than what’s available at the nearest department store. Even the much-loathed underwire is primed for reinvention. Tech company Curvessence is pioneering a 3-D body-mapping software to create a bra that moulds perfectly to the individual wearer. As for bottoms, high-cut retro-inspired styles are making a comeback – a welcome silhouette in a market dominated by thongs and bikini cuts.

If there’s one breakout star of this movement, it’s the bralette. WGSN reports that sales of underwire bras are on the decline, and Vosper says that Negative’s wire-free styles are hard to keep in stock. It’s worth noting that even Victoria’s Secret, the lingerie equivalent of your high-school prom queen, released a bralette for the first time in 2017. “It’s a welcome trend – rather than being told you need two cups’ worth of padding,” says Vosper.

Ultimately, feel-good lingerie is about having choices that speak to you. And if that choice happens to come with a bow or a garter belt (or even some padding), that’s okay, says Young. “If you feel the most confident and empowered in a black lace push-up bra, then buy it,” she says. “Wear whatever makes you feel amazing, but always ask why: Is it for you or someone else?”

It turns out that self-awareness just might be the sexiest thing of all.