Not just for red-sauce joints, gingham is the go-to print for spring. 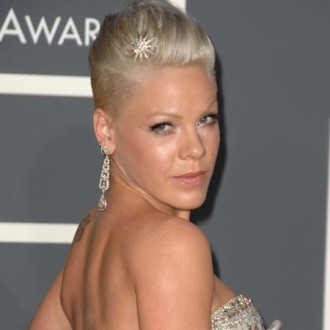 Gingham is the fabric for these times. Cheap and cheerful, the checkered cloth reminds us of better days—of picnics and home-ec aprons, Peter Pan collars and buttermilk biscuits. In blue and white, gingham is Dorothy en route to Oz. In red and white, it’s that tiny Italian restaurant where we dined on spaghetti and meatballs and you spilled a $12 bottle of Chianti on my pink-and-baby-blue gingham sundress. Ah, well, maybe it doesn’t always remind us of better days.

Gingham was the word on everyone’s lips when
Christopher Kane’s gridlocked frocks materialized on the spring runway. They are a natural follow-up to the recent craze for prairie dresses—a barn-raising, hoedown atmosphere that has had fashion’s glamourati dressing like Texan polygamists. Even Chanel has succumbed to Nashville, presenting its spring fare amid bales of hay. Gingham drifts along just fine in this Huckleberry trend.

Joseph Mimran, creative director for Loblaw Companies’
Joe Fresh Style, has an acute sixth sense for all things stylish and also showed gingham. He thinks that it’s “the calm after the storm. For the last two years we have been print-crazy, and it takes colour well as a pattern. With the looks of this season—the innocence and feminine appeal—we thought the pattern worked well. There’s also a preppy undertone to gingham.”

Because gingham is such a classic pattern, there’s a freshness and a neutrality to it that don’t overtax the eyes the way paisley or houndstooth can. But hardwired into these criss-crossed lines are cultural references that are fun to play with—and against.

No true historian of gingham can talk about the stuff without mentioning Brigitte Bardot, who got married in a gingham wedding dress in 1959. Though it was designed by couturier Jacques Esterel, Bardot might as well have worn a pair of pyjamas down the aisle. Her down-at-the-farm dress smacked vividly of TATI, Paris’ bargain-basement department store whose legendary logo is on pink-and-white toile vichy—the French word for gingham. The ranks of haute couture went into hysterics, but Bardot had forever changed the trajectory of this most humble fabric: From that day on, everyone looked at their tablecloths a little differently.

How gingham made a comeback on the next page …

By 1964, when the London label Biba came out with a pink gingham dress, the public was good and ready even if Biba’s Barbara Hulanicki was not. She got 17,000 orders for the dress the day it appeared in the
Daily Mail. “We were very shocked,” she told London’s Design Museum. “Our flat was filled with postal orders. Have you ever tried to cash that many postal orders? We suddenly had to buy thousands of yards of gingham, so we were in touch with suppliers from all over the United Kingdom. We were lucky: Our order was so huge that we were able to get manufacturers to produce exactly what we wanted.”

Kane may rack up similar numbers for his gingham outfits—not because they’re sugar and spice but because they’re not altogether nice. While fan-pleated pastel gingham pleads innocence, double thigh splits and seductive cut-outs and bra cups whisper “guilty.” It’s this schizophrenic sampling, like a punchout between Lolita and Laura Ingalls, that makes these dresses both sweet and subversive.

Nothing beats Comme des Garçons’ 1997 lumps and bumps collection for subversive, however. Called “Dress Meets Body, Body Meets Dress and They Are One,” in designer Rei Kawakubo’s usual oracular way, the collection featured oddly padded garments in oversized stretch gingham. People were so fixated on the weird shapes that no one really thought about why Kawakubo chose gingham or noticed the way the sculpted curves intersected with the block pattern, making the outfits zing with energy. But choreographer Merce Cunningham did, and he created a piece called “Scenario” with dancers wearing the joyfully humpbacked gingham.

What Cunningham and Kawakubo must have noticed was that on a purely graphic level, gingham throbs with optic vibrancy. Nike has picked up on this with its strobing, tricoloured Dunk High Premium, which, by looks alone, should give its wearers an extra half-inch bounce-up. For those who are less sports-inclined and just want to feel happy, gingham conspires to make you feel young, wholesome and, now, hip. “If I want to get across a straight American casual look on someone under 30, like a Fred Perry kind of teen, I’d use a Hickey Freeman gingham shirt,” says film and TV costume designer Jori Woodman. In her line of work, wardrobe is shorthand for character development, and, as she puts it: “Gingham can say small town, innocent and old-fashioned.”

That’s not such a bad thing in this hyper-urban, cynical, sped-up moment in history. Perhaps that’s exactly what we want our clothes to say.

Get all the spring runway trends here