Uncompromising and incomparable, Azzedine Alaïa played by his own rules. 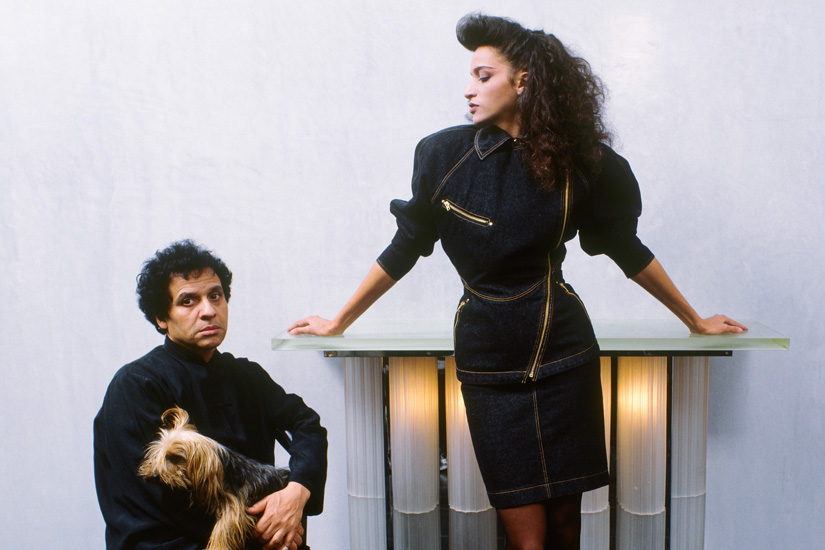 With Azzedine Alaïa’s departure from this firmament goes a very simple idea about fashion: that clothes should make you look better, c’est tout. He didn’t care about trends, business, timelines, deliveries, Hollywood or Anna Wintour. What he did care about was good design, good friends, good food and flawless clothing.

Alaïa died in November 2017. In the 70-odd years the Tunisian-born designer lived (he was coy about his age), he achieved godlike status in the fashion world. And like all deities, his ways were mysterious. No one ever knew when he was going to unveil a collection, not even his assistants. And he could go for years without showing. But when he was ready, a select few people and hallowed journalists would get a call and there would be a show, or they would go to his atelier, where there would be a few dresses to buy. Alaïa’s couture collection last July was his first public outing in six years.

But that is not to say that Alaïa ever stopped working. Like the painter Giorgio de Chirico, who used to sneak into museums where his work was hanging and, with paintbrush in hand, correct a mistake that had been gnawing at him, Alaïa controlled his work to an extent that was freakish. “I begin something, and when I see that it’s sort of working, I go on,” he told me in an interview in 2000. “I never let go of a garment until it works out…but there’s always something that doesn’t work out.” He was a pattern maker, a cutter, a tailor – the kind of designer who dreamed up new textile blends but would also get down on his hands and knees to fit a dress on a client.

After the high-octane bandage dresses of the ’80s, Alaïa lay low for most of the ’90s, quietly nursing a theme and variations on pleats that he finally unveiled in the early 2000s. The pleats gently undulated around his open-backed knit dresses, each inverse pleat braided with a tiny bubble of fabric at the top and punctuated halfway down with a kind of buttonhole. Alaïa’s perfection waited for no man – although it often kept the UPS man waiting. It was business conducted in a way that would have made industry execs pull their hair out.

In 1994, Alaïa was quoted in The New Yorker saying: “No financier can put his hands on me. I prefer to stop working rather than to have someone lean on me. I have no backers. I work a lot, but I don’t like obligation.” He did eventually take financial backing (although he did so like a monarch who must occasionally tread through mud – that is, reluctantly): Prada from 2000 to 2007 and then Richemont, which maintains a significant stake in the company to this day. But, for all that, he did not relinquish a speck of control.

What perhaps the suits didn’t understand is that Alaïa did not want money or fame for his clothing; he wanted commitment. This was the transactional currency he demanded for the extreme care that went into making each garment. If you were a movie star and flew over for fittings, that was appropriate commitment. It also meant that Alaïa never gave anything away for free, not even to Oscar winners. “I don’t want to give away my dresses,” he said. “I’m not going to run after actresses begging to dress them. Never. Other couture houses have offices in the United States so they can do that, but I can’t waste my time going over there to dress an actress for a party. If you don’t know the actress and she doesn’t come over for the fittings, what can you do? I don’t have hundreds of dresses at my disposal. And anyway, when I see how some of those actresses end up looking, I think ‘Thank God I didn’t send her anything.’”

Alaïa happily defied the system, but he was less gleeful about one day being forgotten. “Everybody knows the name ‘Chanel,’” he said. “She died a long time ago, but everybody still talks about her. Like they still talk about Dior and Yves Saint Laurent. But those are big companies with lots of money.” Alaïa remained a stubbornly small company, but even though he has joined Coco, Christian and Yves, we are indeed still talking about him. And we will for a long time yet.