Olivia Kim has the coolest job in fashion

Olivia Kim is championing the next generation of great fashion designers. 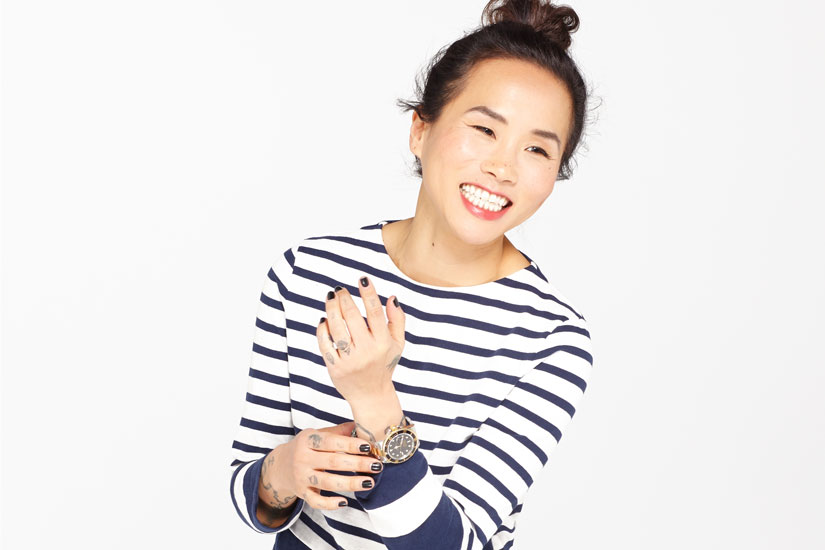 One quick way to bond with Olivia Kim, vice-president of creative projects for Nordstrom, is to float the name of an indie designer. During our phone conversation (Kim is based in Seattle), I casually namedrop the buzzy Toronto-born LVMH special prize winner Vejas Kruszewski, and Kim launches into a charming story of a missed connection with the 20-year-old designer during Paris Fashion Week last September. “We decided to meet over dumplings,” she says. “I’m at the place and it’s in the middle of nowhere. I text Vejas ‘I’m here.’ And he texts ‘I’m here too.’” Turns out, the hole-in-the-wall dumpling restaurant has two locations and Kim and Kruszewski ended up at different ones. The pair did meet up eventually, and now pieces by the much-lauded line, which Kim describes as “super-clean and beautifully constructed,” are stocked at the department store.

It’s this talent for spotting and supporting young designers (via dumpling rendezvous if necessary) that has helped Kim bring a new kind of shopper to Nordstrom. Since starting at the company in 2013, Kim (who previously worked as right hand to Opening Ceremony’s Humberto Leon and Carol Lim) pioneered Space, a shop-in-shop dedicated to directional niche labels like Simone Rocha and Comme des Garçons. There’s also the recently launched Lab concept, which introduces shoppers to emerging names like A.W.A.K.E. and Eckhaus Latta on a rotating basis. The native New Yorker admits that deciding which labels to carry can be a selfish endeavour. “Everything I bring in is something I want to wear,” she says. And what if her choices don’t resonate? “I think that’s okay,” says Kim. “I’m trying to start a conversation. If everyone is 500 percent on board, then I’m probably playing it too safe.”

Kim is working to redefine what a department store can be in the 21st century. “I love supporting young designers,” she says, adding that her team at Nordstrom tries to help in ways big and small, even showing designers how to invoice. “We try to be as flexible and hands-on as possible. If they succeed, I succeed.”