This 16-year-old model is on the rise. 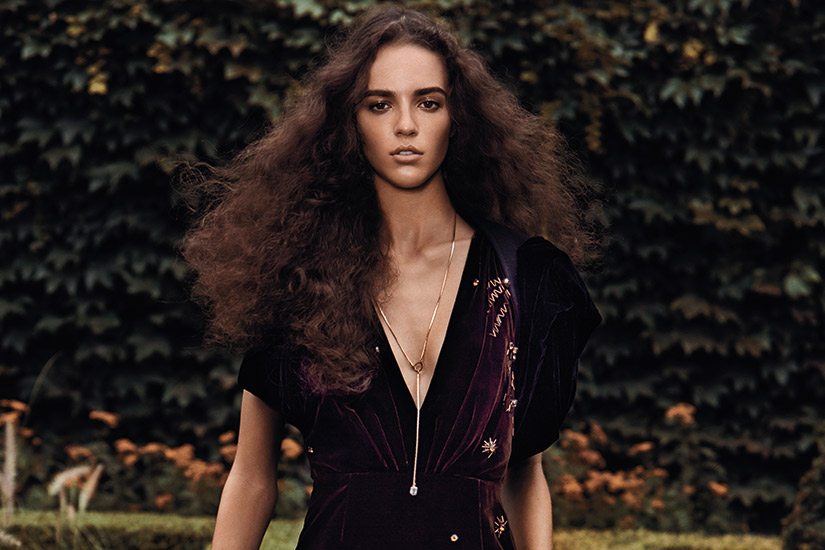 Canadian model Emm Arruda is having quite the year. At New York Fashion Week, the 16-year-old Arruda walked exclusively for Proenza Schouler, then, in Paris, she walked in Maria Grazia Chiuri’s first show for Dior along with Chanel, Alexander McQueen, Paco Rabanne, Valentino, Sacai and Louis Vuitton.  Oh, and did we mention that she also appeared in the pages of ELLE Canada? Not bad for a rookie season.

The success is especially significant for Arruda. Two years before hitting the modelling big time, the Oakville native underwent spinal fusion surgery to correct the curve in her spine due to scoliosis, which left a long scar down her back. Once Arruda started booking modelling jobs, she posted photos of her transformation on Instagram, with the inspiring caption “Nothing is impossible.”

18 months ago today i had scoliosis & had to undergo a long spinal fusion surgery which left me with a scar down my spine, I would have never thought that I could walk on a runway or be where i am today. nothings impossible #chantalesgirl #ciottimodels @chantalenadeau @ciottimodels #scoliosis #scoliosiswarrior

Fresh off a whirlwind runway season, I chatted with Arruda about Karl Lagerfed spotting, industry wisdom and what’s next.

Did you always know you wanted to model?

“I never thought I wanted to model until I was scouted and was sort of thrown into this all by surprise! Others had always suggested it to me so it was always sort of a dream in the back of my mind. As soon as I started though I knew that this was what I wanted to do. I fell in love with the industry very quickly.”

“I remember being very nervous to share my story. I wasn’t sure of the type of response I would receive, but I was lucky! It was all very positive and super supportive. I was reluctant at first but felt it would be something cool to share. Maybe there are other people going through something similar and I could use my story to inspire them.”

Was there a point this year when you realized, “Wow, my dream is coming true?”

“I think I realized my dreams of becoming a model were coming true once I started my first fashion week. Walking for big designers was a dream becoming a reality. My first international runway show was the Proenza Schouler exclusive in New York City. I’m stilling awe of it all. “

Speaking of the Proenza Schouler exclusive, was that one of the highlights from this past Fashion Month?

“That was definitely a highlight as it was my first big show! Traveling to New York and Paris was such an amazing opportunity. I went to New York knowing that I was walking for Proenza. Paris was different. I went and had to go to all the castings. When I got that call after the Dior fitting [to tell me] that I was confirmed I was over the moon! Later that week I actually got to see Karl Lagerfeld’s eyes when he took his sunglasses off! That moment was amazing; his iconic look is always glasses on and a ponytail! I will always remember that moment.”

What’s the vibe like backstage before a fashion show?

“The backstage atmosphere is super crazy, chaotic and a ton of fun! I formed great bonds with some of the other models and was inspired by the talented makeup artists and hair stylists I got to work with. I think I managed to stay pretty calm and collected through it all, but I did get a rush of adrenaline when I hit the runway.”

Has anyone given you any good career advice?

“The best advice I think I’ve received so far is to remain humble and remember where I came from. That in itself is beautiful.”

You recently shot an editorial for ELLE Canada. Can you tell me about the experience of the shoot?

“I loved shooting for ELLE! The set was outside on location in this beautiful garden in Montreal. It was a rainy day so the team and I were shuffling under umbrellas between shots. Even though the weather didn’t cooperate, the team was amazing and made it work! The clothes were so cool… It was a great time.”

So, what’s next for you?

“I’m  not sure what exactly is next for me… I hope [for] big things but I still have school to finish which is super important! I’d love to [be in more magazines] and hopefully do my first full season in February. Time will tell!”