IZ Adaptive is back and ready to make fashion more inclusive. 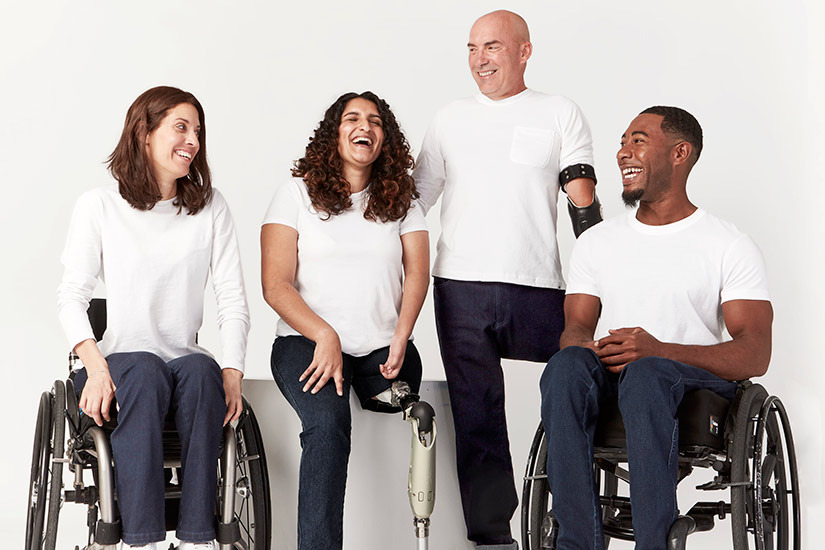 Canadian designer Izzy Camilleri’s adaptive clothing line first launched in 2009 with a goal to give wheelchair users accessible fashion. After a two year hiatus in 2016, during which the brand focused on restructuring, IZ Adaptive revamped to include more pieces for different needs, such as people who are standing but require adaptive clothing. The reimagined line has relaunched with a new 55-piece lineup of wardrobe classics including t-shirts, denim and coats.

Camilleri compares the style of the collection as similar to the Gap or J. Crew, “the style is just really clean yet modern and basic.” The clothes utilize design elements such as magnetic closures, pull tabs on zippers and pants, elastic waist bands and open back tops. Camilleri has plans to expand the collection further to offer footwear, accessories and undergarments in order to serve as many different needs as possible.

“We will be open to hearing what people need or want and if enough people are asking for the same thing then we’ll look at producing it,” says Camilleri. The line ranges from $25-$425 USD and is available on their online store. For the first time, the collection will also be carried in American retailers, Zappos and Macy’s.

We spoke with Izzy Camilleri about the relaunch of IZ Adaptive and what the brand has come to mean for people.

What is new about the collection?

“With this revamping, we were able to look at what our best-sellers were and just continue those because one thing about this clientele is once they find something that works, especially like a pair of jeans for example, they don’t want the style to change and they don’t want a new pair to come out every season. Now we’re also offering clothing for people that are standing but also need adaptive clothing — for the people that lack dexterity, for example. Sometimes people just have trouble zipping up a fly or gripping so our pants, our jeans for example, instead of a button they have a hook, which is easier for someone to do up.”

What was the response to the news of the relaunch?

“We announced through social media and our mailing list that we were coming back and the response was so great. Some people were cherishing their pieces and taking care of them because it worked so well for them that they didn’t want to wear them out. It was really positive and some of the comments really showed us what the brand meant to people. That was really nice to see — what the brand had come to mean for people and how important it was to them and to adding value to their life.”

How will the line be shaped going forward?

“We’ll have our basics that will always be on the site and they’re not going to be going away but we’ll also be adding new items to the line and we will do it seasonally but at the same time I’m not going to be restricted to only releasing new products within a particular season. This is the way of making the whole process a bit more manageable. At the same time, it’s what our customers need. I’m thinking more in practical terms but I still want it to look fashionable and be inclusive.”