Is fur falling out of fashion? 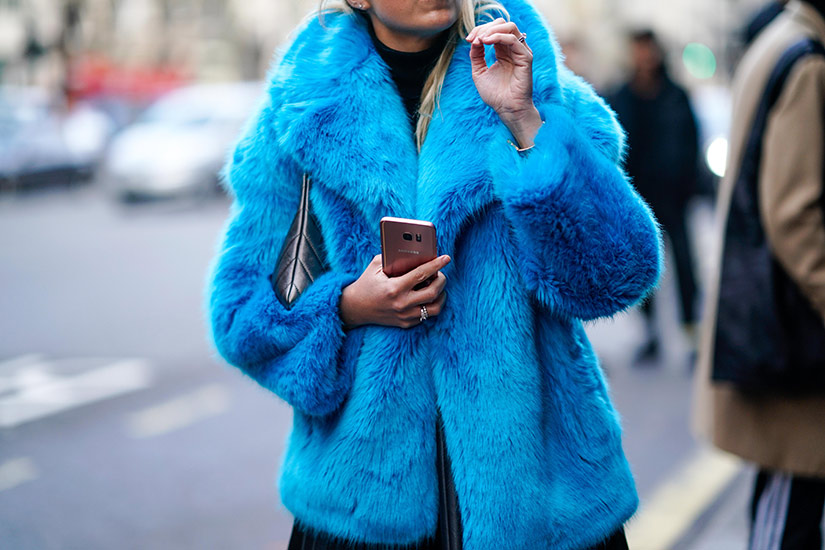 Growing up, I always admired my mother’s fur coats. She had two in constant rotation: a mid-length yellow fox fur with impossibly large shoulders and a glamorous floor-length dark-brown number that looked like something straight out of Sigourney Weaver’s Working Girl wardrobe. My mother always said they would be mine one day; we would pass them down from generation to generation. Fur coats, when preserved well, have a longevity like no other clothing item.

Although my mother’s coats are still in near-perfect condition, it feels like they have outlived their wearability. Luxury houses like Burberry, Gucci and Versace all recently pledged to phase out fur. And for the first time in history, there was no fur on the London Fashion Week runways for the spring/summer 2019 collections. Luxe shopping site Net-a-Porter did away with selling items made with fur in 2017. Why the change of heart? Anti-fur activism has been around probably as long as my mom has had those coats hanging in her closet — if not longer. Remember in ’94, when protesters from People for the Ethical Treatment of Animals (PETA) stormed the Calvin Klein offices? (Klein vowed to stop carrying fur shortly after.) Or in 2002, when PETA protesters holding “Gisele: Fur Scum” posters targeted the supermodel because she had a contract with a mink brand? The difference today is that it’s not just activist groups who are making noise. Ethically conscious consumers are demanding to know where their goods come from — and that includes clothing, according to Tamara Szames, director and fashion-industry analyst at market-research firm The NPD Group. Recent research found that 40 percent of millennials would pay more money for clothing that is de- scribed as sustainable, eco-friendly and ethical. When it comes to the younger consumer, values and social beliefs matter. “Fur is just the most visible material to be called out,” reasons Szames.

Ashley Byrne, associate director of campaigns at PETA, credits this shift in consumer consciousness to — what else? — social media. The visibility of celebrities on Instagram makes spotting them in fur — and calling them out on it — easier than ever. “Consumers are aware of the cruelty that goes on behind the scenes of the fur trade, and brands are responding to this consumer awareness,” says Byrne. It helps that designers like Stella McCartney, who pioneered vegetarian alternatives to leather, have shown their peers that animal-free fashion isn’t just covetable; it’s profitable. But not everyone is turning to faux-fur alternatives. “At the end of the day, it’s all marketing,” says Mosha Lundström Halbert, co-founder of the family-run luxury outerwear line Therma Kota, which uses real fur on the collars and cuffs of many of its coats. “Brands that are going fur-free never had a strong fur business to begin with. So it really is just to bandwagon on a greater [anti-fur] movement.” Lundström Halbert believes that labels that do offer animal products must be clear and transparent about their sourcing. Her brand uses sustainably ranched Canadian fur raised in cage-free conditions as well as fur that comes from licensed trappers. In Canada, fur has been a crucial source of livelihood for generations of Indigenous communities. Tanya Tagaq, an Inuit throat singer and author, has spoken out about the importance of sealskin to Inuit communities. Victoria Kakuktinniq, a Nunavut-based designer, typically uses harvested sealskin from Newfoundland and fox fur to create coats that are warm enough to withstand some of the harshest winter temperatures in the world. Other proponents argue that trapping also helps control wildlife overpopulation that can threaten other, often endangered, species. “[In Canada], there are very, very strict regulations about how the animals are raised and trapped,” says Rita Elias, co-founder of the Montreal-based outerwear and accessories line Maison Elama. These vary from province to province, but, says Elias, they “address the way animals are fed and treated and the longevity of their life. And everything is used in the process, not just the pelts.” Still, no matter how mindfully an animal is trapped, it is, well, killed. It’s a moral line some won’t cross.

From left to right: Burberry, Michael Kors and Gucci Image by: IMAXtree

Making matters more complicated? Many consumers condemn the use of fur but are okay with wearing leather goods. Perhaps it’s because, unlike fur, leather is largely a by-product of the meat industry. Burberry, Versace and Michael Kors, for example, are all fur-free brands that still produce leather goods.

Then there’s faux fur — seemingly the ideal alternative. Thanks to advances in design technology, faux fur — once relegated to cheap looks fit for a Halloween costume — is becoming more sophisticated in its quality and appearance. It’s more humane, but it’s worth noting that most of the colourful teddy coats found on the racks of your favourite mass retailers are made from a petroleum-based material — a manufacturing process that’s harmful to the environment. Like most fast fashion, these coats are designed to last a season or two, often ending up in a land-fill where they could take anywhere from 500 to 1,000 years to biodegrade.

That said, not all faux fur is created equal. Gucci’s ’70s-inspired floor-length faux-fur cape from its Resort 2019 collection is hardly a cheap alternative and could easily pass for the real thing. Over the past few years, high-end brands like Shrimps and House of Fluff have established themselves as the leaders in quality faux fur. Their coats are meant to last for years, with the same heritage feel of the real deal thanks to their mindful approach and their use of high-end textiles.

Innovations in textile manufacturing could further disrupt fur and leather production. A few companies are producing cotton-based faux-fur textiles as an alternative to petroleum-based ones, although none of these have caught on with leading brands. PETA’s Byrne hopes that such advancements will help consumers make more sustainable choices in the future. Mushroom and pineapple leather have proven to be viable animal-leather substitutes, and it’s possible that high-quality animal-free fur will also catch on. Savvy brands may want to take note. “Whenever there is a value shift, there is an opportunity in the market,” says Szames. Lundström Halbert is also open to lab-grown alternatives. “We are in touch with companies that are exploring that,” she says. “I want to be one of the first to be able to use it.”

As for my mother’s fur coats, they might just see a new life in some way or another; maybe I’ll upcycle them into fur trim for another topper or use part of them as a stole. They will hang in my closet along with my beloved fuzzy leopard-print Shrimps jacket — it’s faux, but it’s just as heirloom-worthy.