Dressing for Fashion Week’s front row has become a cutthroat spectator sport. But, Laura Craik asks, is the sartorial circus finally over? 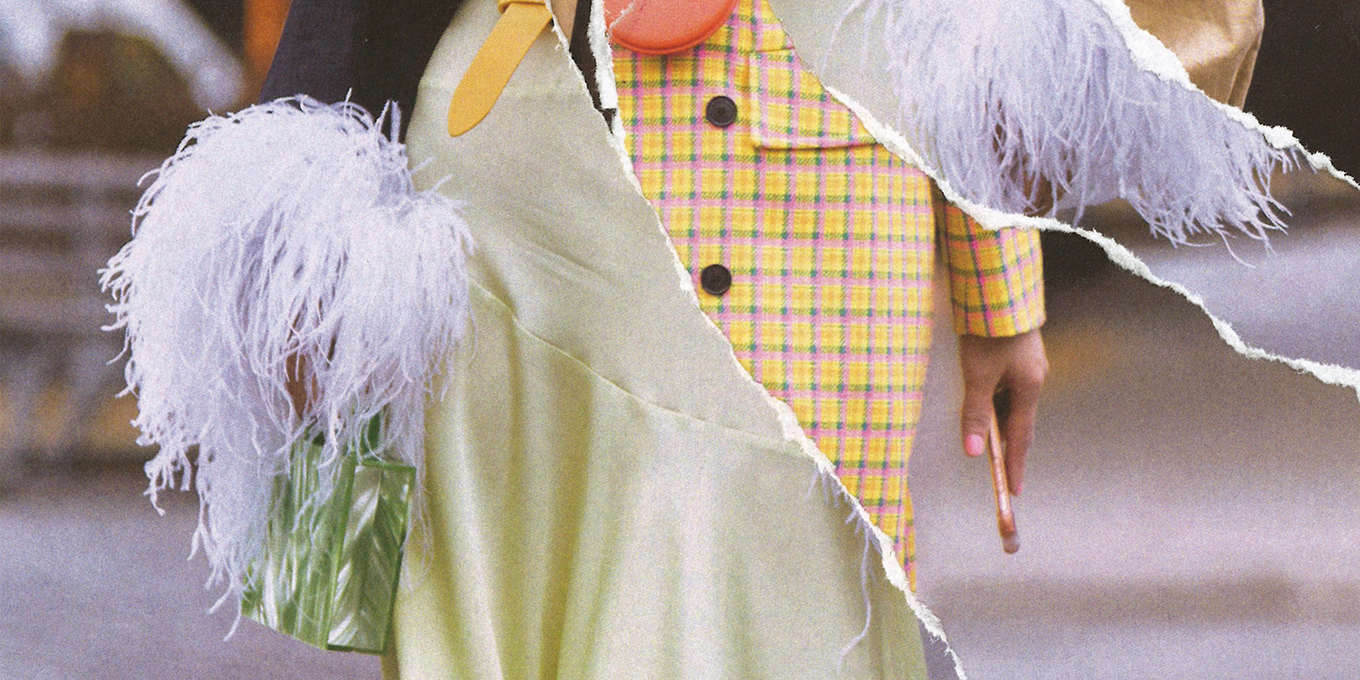 In 1998, as the fashion editor of a national newspaper, I travelled to New York, London, Milan and Paris fashion weeks to report on the shows. My dress sense (as it was called then—“personal style” was yet to become A Thing) wasn’t great: a practical mélange of Adidas runners, unremarkable high-street trousers and the odd designer piece. But it didn’t matter. There weren’t hordes of street-style photographers running after editors, desperate to document our unique style. Nobody risked life and limb to stand in the middle of the Arc de Triomphe and be snapped in Look 23 by Prada. Influencers? The word didn’t even exist.

Fast-forward 20 years and it’s a very different world. Today, an outfit snapped on someone outside a fashion show is just as likely to travel across the internet as anything on the runways inside—and, in the process, make a star out of the person wearing it. Chiara Ferragni, Leandra Medine and Susie Lau are all women whose individual style, captured away from the front row, is the very thing that landed them in the front row a few seasons later. They were the original influencers—real women whose way of dressing felt more exciting than that of fashion editors and more accessible than that of celebrities. Seemingly overnight, many of them became powerful names. They launched brands, travelled the world, wrote columns and inspired hundreds of imitators.

So much so that, between 2012 and 2015, new faces started to appear at fashion weeks, often simply lingering outside the venues where some of the biggest shows were taking place, hoping that sheer proximity to the runway would give them validity and credence. “Who are these people?” magazine editors would ask one another. Nobody knew. Some were bloggers. Some were stylists. Some were students. Others were simply fans. Whoever they were, they were all united by an invisible golden thread of individual, throat-catching style. 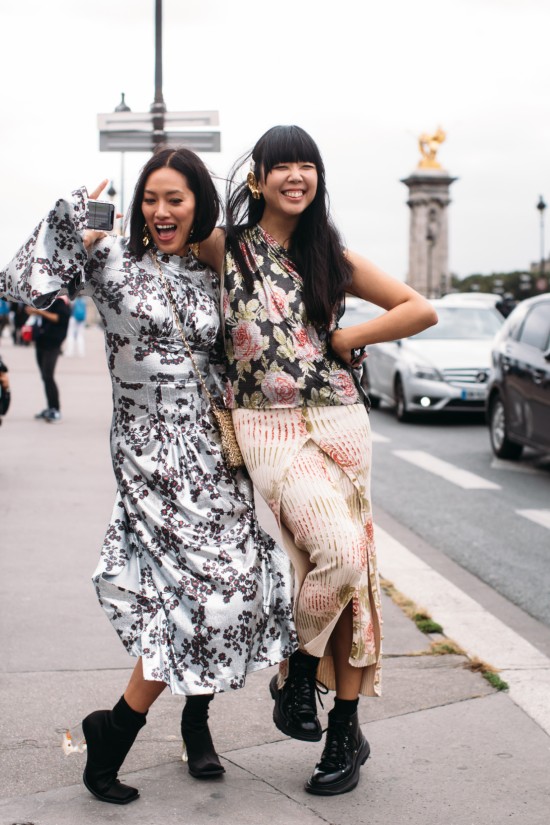 It’s understandable that, faced with 843 immaculately dressed people, all being papped by an ever-swelling number of photographers who couldn’t believe their luck that said fashionistas would stop and pose, editors felt pressured to up their game. “I remember leaving a Dior show in Paris and being devastated that nobody took my photo,” one tells me. “There I was with the job of my dreams, looking happy and successful, but crying inside because I was convinced I must look either too fat or too unstylish—or maybe both—to warrant a picture.”

So fashion insiders started to join the game, upping the stakes. Women who were once happy to sit front row in black trousers and a cashmere sweater began to wear head-to-toe designer looks. The street-style stars played accordingly. Things got competitive. It was about not only who got snapped but who snapped you, true fashion status being earned based on which street-style photographer chose to point their lens your way. (Garance Doré and The Sartorialist’s Scott Schuman were the big names of the day.)

It’s easy to roll your eyes at this behaviour, but fashion is a cutthroat industry where appearance is everything. While it should have been enough to reach the top of one’s profession by becoming an editor, you could hardly blame these women for seeking the extra validation—especially considering they could see their own importance being challenged by this new breed of fashion influencer. The game had changed: They had to evolve with it. Fashion Week dressing became a case of adapt or die.

These new rules were not for the faint-hearted, even if the spoils were great. Leverage your position with the hard-nosed chutzpah of a Kardashian and you could make yourself rich through endorsements and sponsored posts. You were a brand, so you had to present the best possible version of yourself at all times, however exhausting—and sometimes inauthentic—it felt. 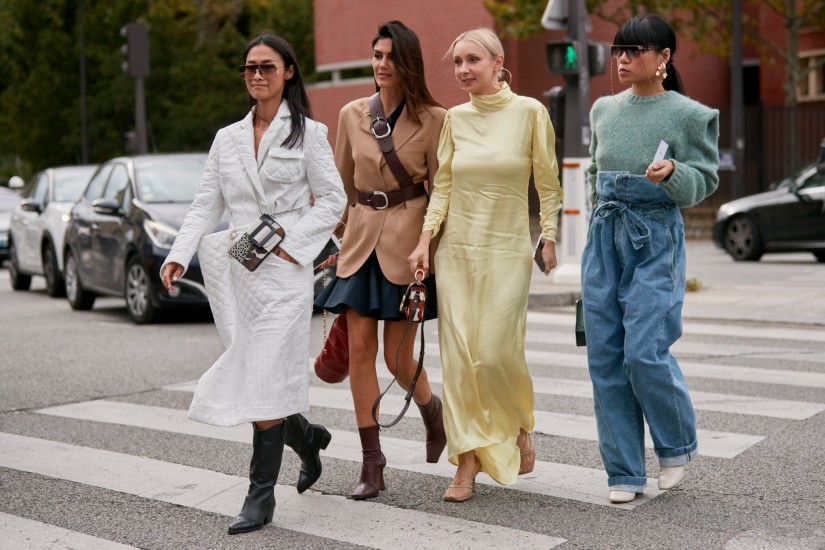 And make no mistake: It was exhausting. When your income is directly affected by how you look, it stands to reason that your appearance takes on a vast, somewhat unhealthy importance. If you work in the fashion industry, your own behaviour is mirrored by everyone around you, which makes you strive even more. There are insider stories of fashion editors who got into crippling debt to pay for the very clothes that kept them street-style-ready. For others, their debt was to the brands and publicists who loaned them entire wardrobes. Soon, style became less about natural individuality and more about hypercompetitive dressing. It was totally normal for the same person to wear several outfits in one day simply to maximize visibility. And the more surreal and striking these outfits were, the more likely they were to be photographed. (One editor I know jokingly turned up at London Fashion Week a few seasons ago in a bright-yellow builder’s hard hat to test the theory. She was photographed dozens of times, and her image was posted on fashion-news feeds the world over.) What’s more, it’s now difficult to distinguish the real photographers from those on the payroll of the very women they take photographs of. Fake photographers, borrowed clothes, style that didn’t feel authentic to the individual or to anyone watching…by the spring/summer 2019 shows, front-row dressing felt overinflated and disingenuous.

It’s hard to pinpoint exactly when things started shifting, but change they have. (Maybe it was the day a blogger almost got run over in Milan.) It would be too simplistic to posit a date. Rather, it was a sea change, a slow dawning that this way of life was dishonest and unsustainable. Thankfully, a transition is happening in the fashion world. Where once the ultimate goal was to become a style icon and brand extraordinaire, now something less brash, more considered and—hallelujah!—more honest is revered. Expertise is prized over exposure, credibility over celebrity and truth over fiction.

“I’ve noticed that there’s been a change over the past two seasons,” says one highly regarded fashion director. “It got to the point that it was just so ridiculous, and none of it was spontaneous. I remember seeing someone outside a show in New York wearing a bra top during an actual snowstorm and people lying down in the middle of the road just to be photographed. Now there are a lot less street-style photographers because if the editors aren’t playing the game—we’re too busy fitting in meetings between shows to be messing around with outfit changes—then suddenly there’s a smaller pool of people to be photographed.” 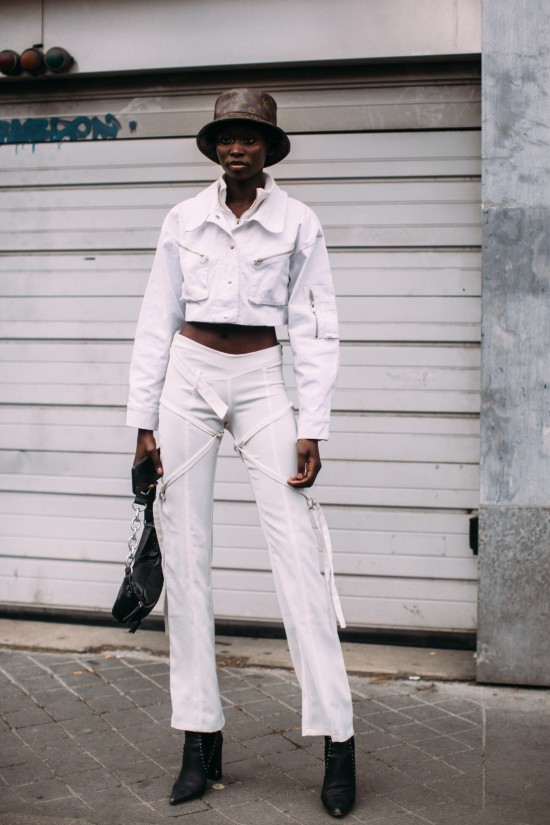 Penny Martin, editor-in-chief of The Gentlewoman, is an example of someone whose deep subject knowledge, in an era of influencers, is more valuable than ever. Her authentically-pared-down style is made not for camera flashbulbs but for her. Vogue Paris’ Emmanuelle Alt has, ironically, always stood out because of the simple uniform she wears (black jeans and a half-tucked white shirt). These individuals’ style is breathtaking in its honesty.

Sadly, lies and mistrust have wrapped up this decade. Politicians have lied to us, social media has lied to us (“Of course we’ll keep your personal data safe”) and we’ve been inundated with stories about glamorous scammers, such as fake heiress Anna Delvey and Theranos entrepreneur Elizabeth Holmes. But with every exposed dupe comes an ever-more-mistrustful and hypervigilant public, longing for something more real. Which means that, today, the chicest thing anyone can be is simply honest.

It’s empowering to admit the hard graft it took to get somewhere. Witness the response to Bricks magazine editor Tori West’s admission that she worked as a cleaner to supplement her wages while trying to make it as a fashion writer. The replies were so heartfelt she urged her thousands of followers to “share [their] day jobs or something [they’re] not as proud of today,” using #instagramtransparency. “I know it’s scary, but you’ll be surprised how much you’re not alone,” she wrote.

“Being more honest with myself allowed me to be more transparent,” explains West of her decision to tell the truth about her life rather than pretend it’s the kind of glamorous affair commonly associated with fashion. “After finally accepting and learning to overcome a lot of personal difficulties, I thought it would be strange to then be a well-curated version of myself on social media. I felt dishonest. Transparency is as empowering as it is relatable.” 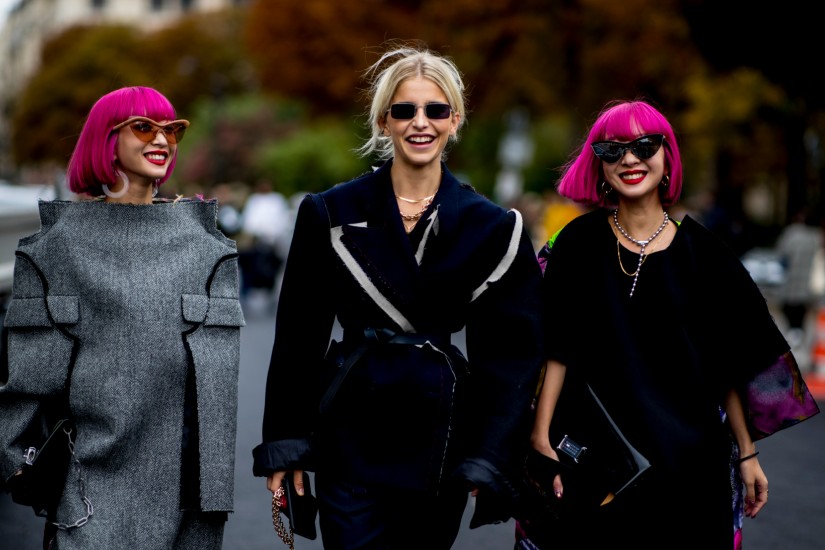 Brands are reacting to our renewed love of authenticity by presenting less-polished ads and visual messages of their own. Trailblazers such as Patagonia and Dove have been joined by the likes of Gucci, whose beauty campaign featured imperfect teeth; Glossier, whose Body Hero campaign embraced a variety of body shapes; and razor company Billie, whose “Project Body Hair” campaign attracted widespread praise on social media. As one woman wrote on Twitter: “I just now, at 30, for the first time in my life, saw an ad for razors in which the women had hair on their bodies before they started shaving.”

Back in the front row, this embracing of honesty has had the effect of sticking a pin into an overinflated balloon. “The pressure is off,” says one fashion editor. “I can go back to wearing jeans again. I can concentrate on what I signed up to do in the first place: write.” When even Alexa Chung is posting pics of herself in jeans and a sweater with the caption “I wear this most days. I’m sorry I’ve been making it look like I don’t,” you know the jig is up. 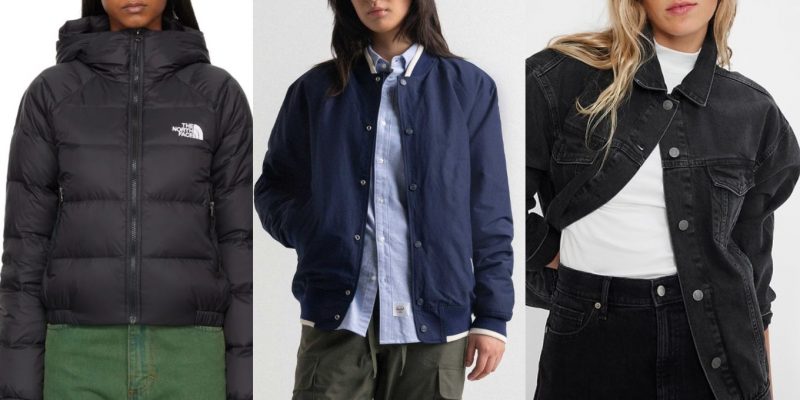 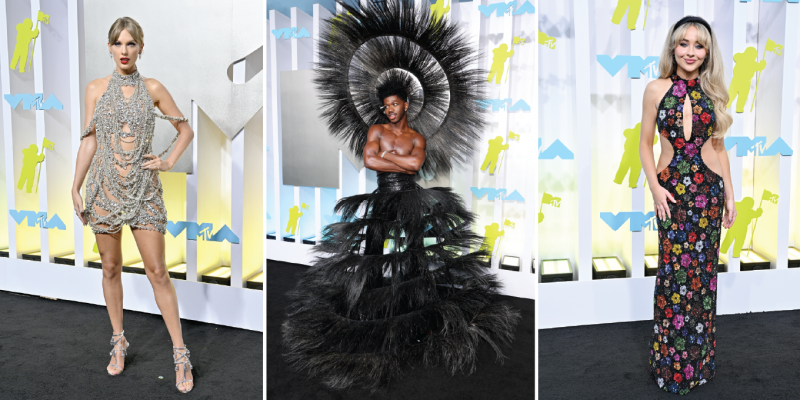 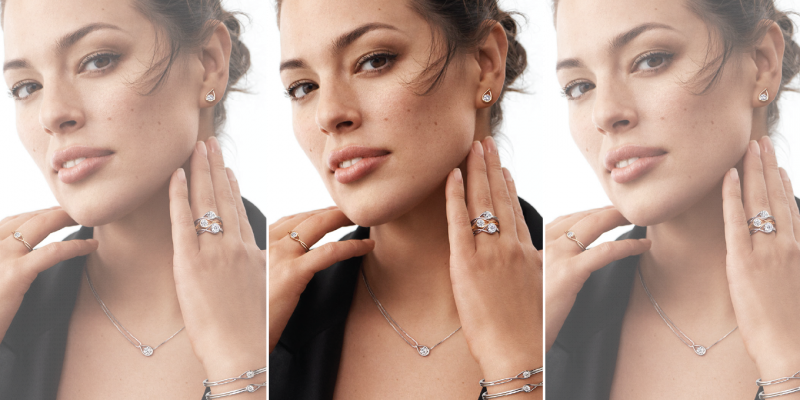 Ashley Graham on Her Most-Worn Jewellery, Celebrating Milestones and Her Favourite Fashion Trend 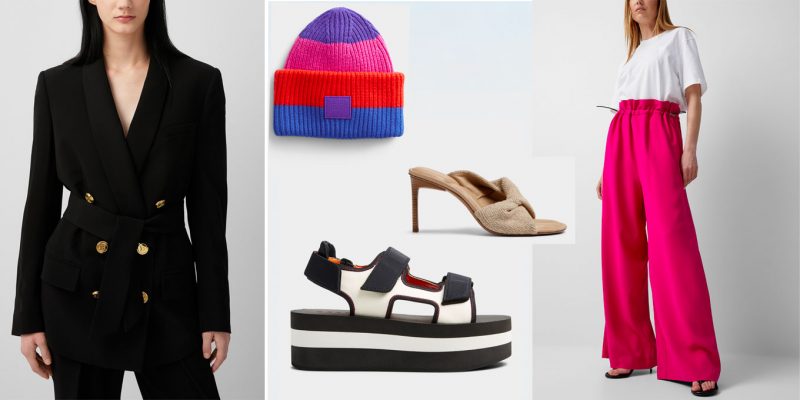 These Are the Best Fashion Picks From Simons’ Designer Sale