Interior design is influencing fashion in a major way this fall

Fashion's new obsession is looking like your grandmother's couch. 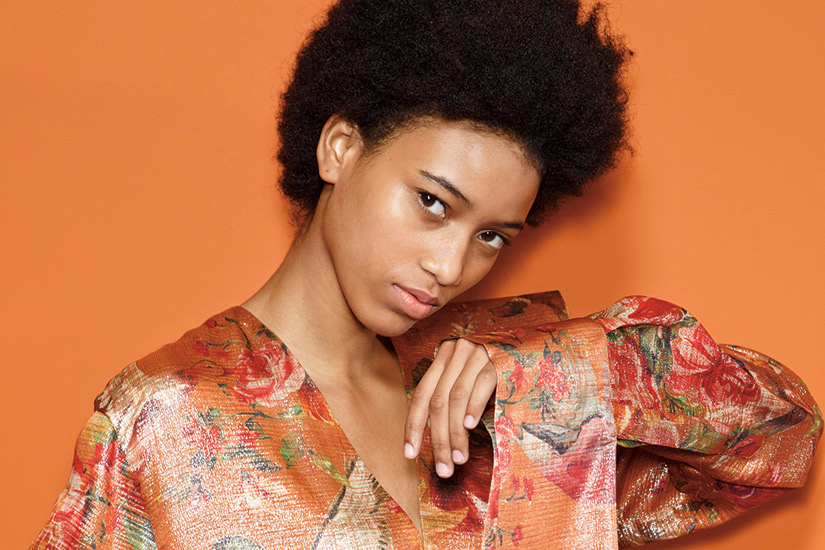 Curtains, sofas, wallpaper, tapestries. Coats, sweaters, gowns, suits. Two entirely different worlds—yet this fall one finds oneself looking a little like the furniture. At Gucci, almost everything could stand in for a chintz sofa, a Coromandel screen or a mid-century pullout sofa bed. In the sheer riot of medieval-Venetian-hanging and Mughal Indian carpet references, there were, quite simply, a lot of bedspreads
disguised as lounge coats on that runway. I saw carpet at Edun. I saw curtain tassels at Reem Acra, throw-rug dresses at Acne Studios and brocade upholstery at Comme des Garçons. If I were to wear Christopher Kane in the lobby of my mom’s seniors home, you would not see me for the curtains. The interiors shtick went so far that Raf Simons did a mock send-up at Calvin Klein, swathing clothes in the protective plastic that brand-new couches and lampshades are delivered in and, too often, left in.

Here’s how the street-style set is embracing the opulent trend.  Image by: Imaxtree

Simons has long had a soft spot for interiors. His other regular gig is designing textiles for Kvadrat. Some of those upholstery fabrics, flecked and constructivist-patterned wools, have resurfaced in his menswear collections over the years. The crossover between the stuff that surrounds us and the stuff we wear is similar for Dries Van Noten. Maybe it’s a Belgian thing. Says Van Noten’s inter-ior designer, Gert Voorjans: “Dries Van Noten has an enormous sensibility about colours, materials and fabrics. But Dries avoids using fabrics from his collection in our interior-decorating projects.”

I turn to Min Hogg, founder extraordinaire of the magazine The World of Interiors and now designer of stylish marine-life wallpapers. “I think fashion is at a rather low ebb at present,” she emails. “The designers just can’t leave anything alone and persistently add another layer of lace, leather, feathers, embroidery, curtain fabric, etc., and at the expense of a simple good cut.”

But, I argue, we find no fault with the over-the-top decorativeness of clothing in medieval European paintings—a gilded brocade sleeve on a van der Weyden or the beaded fabulousness of a Hans Holbein, for instance. “I defy you to find an example where the cut and use of Genoese velvet, or whatever it might be, is overegged with too many sequins, uneven hem line, unnecessary fastening or pocket,” she shoots back. I peer at a bead-on-bead Gucci tuxedo jacket and decide that Hogg might have a point.

I consult with another wallpaper designer. In 2016, model Missy Rayder started a line of darkly intriguing wallpapers, hand-drawn by her husband, Marko Velk. Called Penumbra Obscura, it is full of mythical griffins and Goya-esque beasts not far from the alchemical aura of Alessandro Michele’s collections at Gucci. “For us, we grew up with wallpaper and couches in Eastern Europe,” says Velk. “My grandparents, who were from ex-Yugoslavia, had very geometric and kitschy wallpaper that made us laugh. But it’s part of our cultural universe. And it happens in fashion that the prints we see on walls find their way to our clothes.”

Rayder thinks that symbols and motifs, whether on walls or clothes, are a kind of source ma-terial, and that is especially important now. “In this time of political upheaval and the world being such a strange, uncertain place, you go back to the symbolism of things that protect and the idea of things that are very rooted in a culture,” she says.

Fashion comes and fashion goes; furniture sticks around a little longer. That designers are getting ideas from the more permanent things in our lives is telling: Perhaps our clothes will keep us anchored.