Inside the cinematic wonderland of the Erdem x H&M show

Last night, Erdem and H&M hosted an eccentric and lavish house party in Beverly Hills to fete their collaboration. Here's what you need to know. 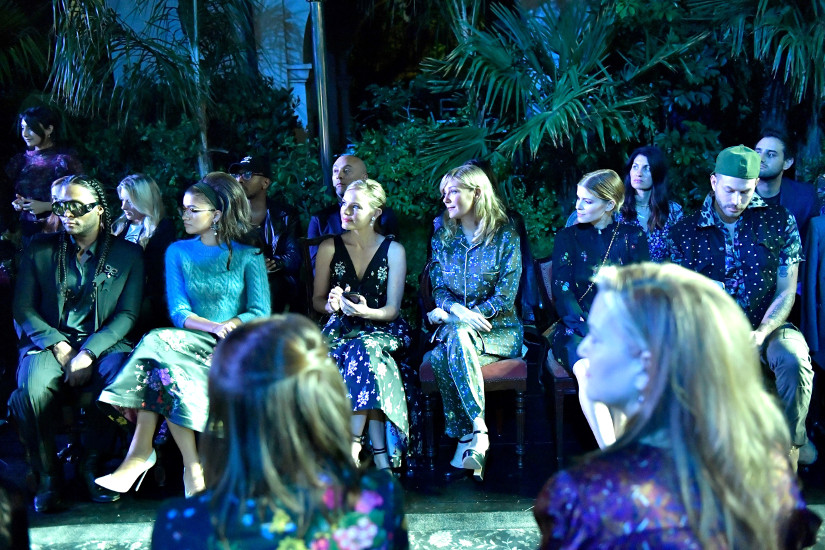 The Ebell House, a women’s club built in 1927, served as the stage for the Erdem x H&M show. Models zigzagged from the rooms and inner garden of the tony and slightly spooky house. Guests were seated in mismatched chairs and couches throughout the space while tuxedo-clad waiters passed around Pimm’s cups. There was no shortage of flowers—this is Erdem after all—and nearly every wall appeared overgrown with lush blooms, vines and palm fronds.

Imaan Hammam, Kate Bosworth, Zendaya (who attended with her stylist Law Roach), Rashida Jones and Alexa Chung were just a few of the celebrities who walked the red carpet ahead of the show. All were decked out in the collection. When Kirsten Dunst arrived in a men’s pyjama suit (that Erdem himself rocked earlier in the day) the designer and actress acted like two old pals running into each other on the street while the photographers vied for their attention.

This was Moralioglu’s first time presenting menswear, and the designer said that this had a big influence on how he approached the entire collection. The styling reflected this masculine-feminine dichotomy. Sparkly cocktail dresses were snuck under Harris tweed jackets and skirt suits were paired with chunky patent brogues.

For #ErdemxHM, the designer set out to create a &#34;totally new body of work.&#34; The result? A collection that deftly and playfully mixed menswear and womenswear, evening gowns and streetwear. The show went down at the historic Ebell House, a women&#39;s club built in 1927. The front row included #KateBosworth, #Zendaya and more. Head to our Insta stories to see it all.

After the show, Baz Luhrmann introduced fashion film he directed for the collection as a trailer for a beautiful film that will never be produced. “Does anyone here want to finance it?” he joked. The story, which featured an eccentric Lady of an English manor, an illicit kiss and lots of frolicking in wildflower fields, was a visual feast.

After the screening, guests rushed to get in line to the adjacent pop-up shop to get their hands on the collection before anyone else. “This is worse than Supreme,” someone mused in the line of hundreds. The quickest pieces to sell out? The pyjama-suit sets, floral printed combat boots and high-neck lace dresses.

After cocktails, guests were treated to a surprise set by Canadian musician Grimes, who shimmied out of her Erdem x H&M tweed skirt mid-performance. “Sorry, Erdem, I love your clothes but they’re a little restricting,” she joked before launching into the catchy chorus of “Flesh without Blood/Life in the Vivid Dream” as Imaan Hammam danced along in the crowd.

Grimes performs at the ERDEMxH&M party.

"I use the collection as a catalyst for figuring out my identity." 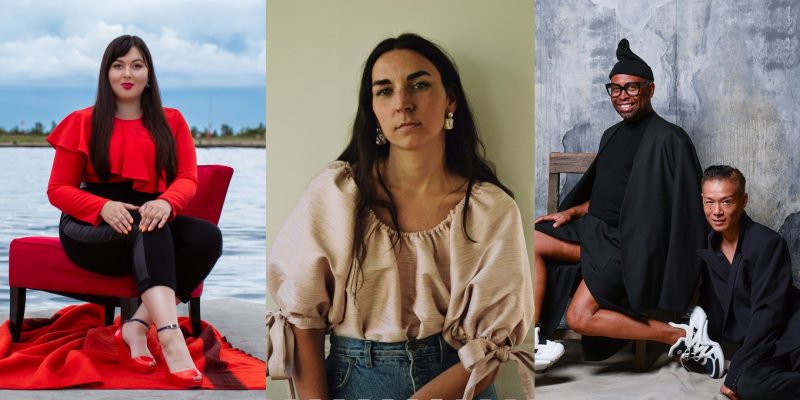 The Nominees for Canada's Top Fashion Awards Have Been Announced