How Imran Amed is changing fashion 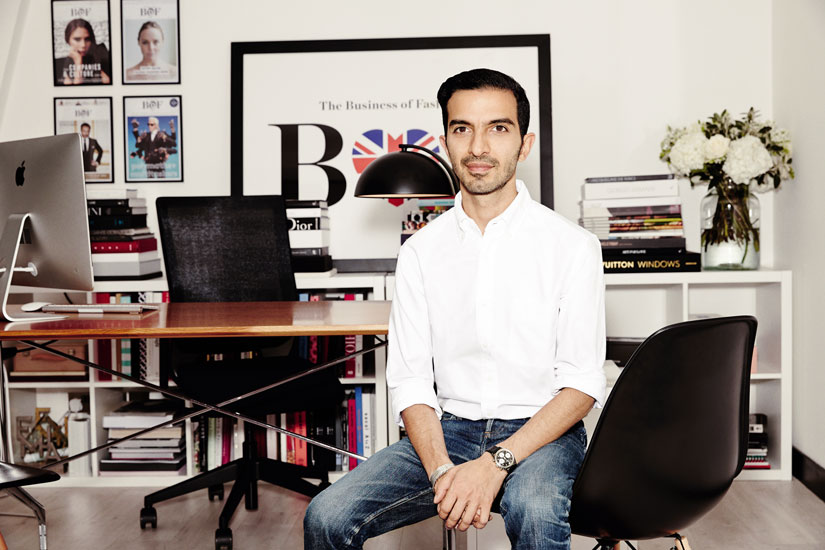 The million readers of the Business of Fashion (BoF) can thank Canada for the website’s existence. Founder Imran Amed credits his growing up in Calgary and studying commerce at McGill University in Montreal with the world view that shapes the fashion industry’s must-read news source. “I was surrounded by people from all over the world – different cultures, different languages,” says Amed, who is now based in London, England. “I’m not looking at fashion through a Canadian lens, or even a Western lens, but a global lens.”

Like many Internet success stories of the mid-2000s, BoF started as a personal blog during Amed’s days as an independent management consultant living in Notting Hill. In fact, other than working on a charity fashion show and having a passion for CBCTV’s Fashion File, he had no formal fashion training. Ten years later, it’s safe to say that Amed is “in”: The site is a hub for analysis, op-eds and breaking news of the “Riccardo Tisci leaving Givenchy” sort.

As editor-in-chief of a site that frequently reports on such designer comings and goings, Amed has some thoughts on fashion’s recent game of musical chairs. “In an ideal world, designers shouldn’t be switching every two or three years,” he says. “Look at Chanel and Céline: The designers there are developing a long-term creative strategy.” He points out that even Gucci’s overnight superstar Alessandro Michele was appointed after years spent working out of the spotlight at the Italian luxury house.

It’s this encyclopedic fashion knowledge that has guided the site’s growth; Amed launched the BoF 500 (a list of top names in fashion), a ranking of fashion schools as well as an industry hiring service used by the likes of Stella McCartney and Dior. He also approves each reader comment – chalk it up to Canadian courteousness.

His success hasn’t gone unnoticed at home. This month Amed will be honoured with the Hudson’s Bay Vanguard Award at the Canadian Arts & Fashion Awards in Toronto. The prize recognizes career achievement, something he shrugs off: “It’s not my platform but the industry’s platform,” he says. “I have to use my influence and my voice responsibly.” We’ll take that as an acceptance speech.