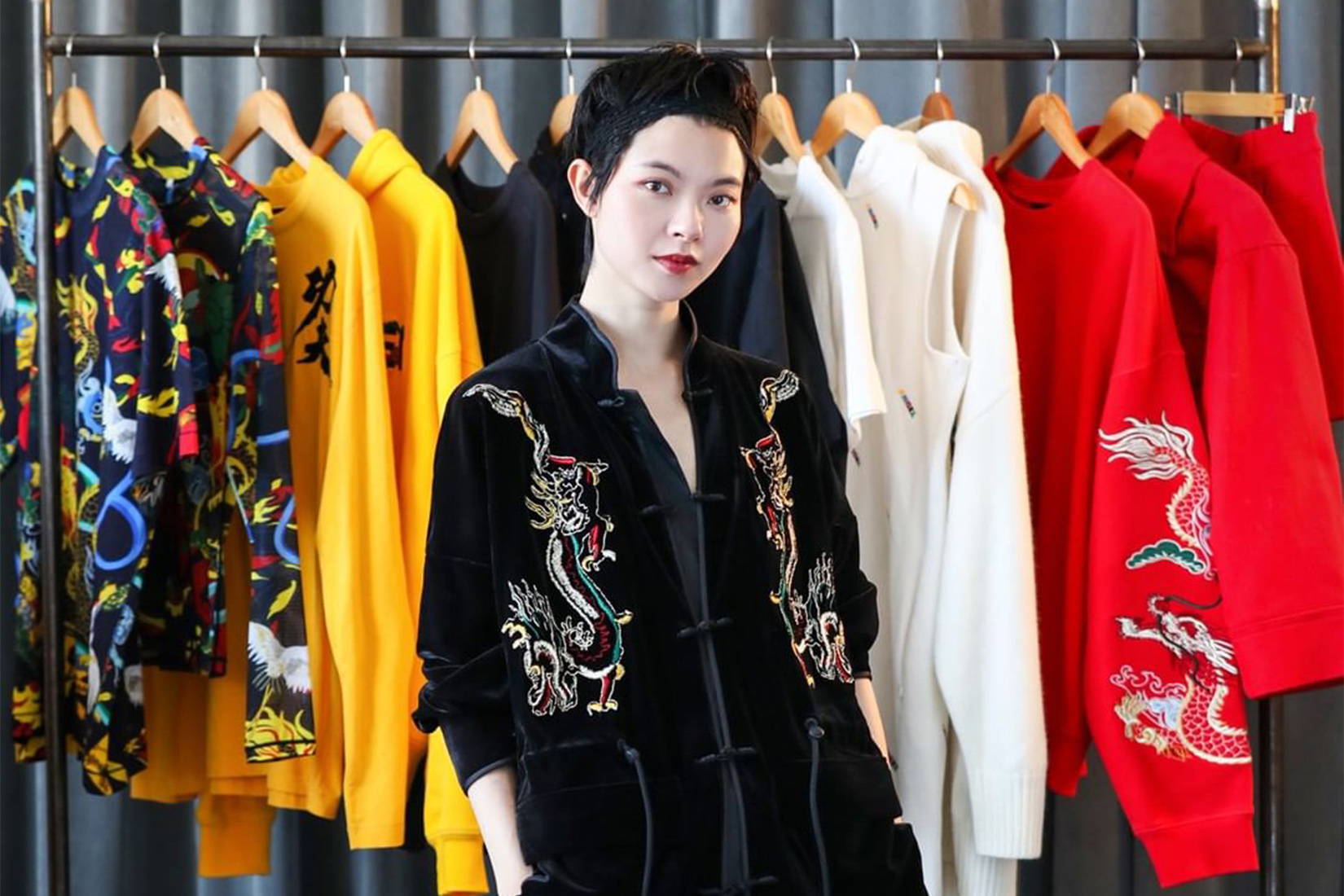 H&M has announced its first-ever collection with a Chinese designer.  The 45-piece capsule from Shanghai-based Angel Chen is a sporty take on street style with traditional details like dragon and floral embroidery featured on sweatshirts, jackets and a hoodie dress.

Other statement pieces include a sequined maxi dress with crane motif, a denim boiler suit adorned with Chinese characters in brush calligraphy and boots featuring details from traditional Chinese sandals.

“I hope that through this collaboration, more people will pay attention to Chinese designers, and also the Chinese culture and spirit behind their designs,” said Chen in a press release.

The designer moved from her hometown of Shenzhen to study at London’s Central Saint Martins at the age of 17. She started her eponymous label in 2015 after interning at Alexander Wang, Vera Wang and Marchesa. Since then, Chen has shown at fashion weeks in Milan, London and New York, and released exclusive collaborations with retailers like Selfridges and Urban Outfitters. She’s also worked with Chinese and international celebrities like Fan Bingbing, Kris Wu, Bella Hadid and Charli XCX.

Angel Chen x H&M will launch this September in selected stores and online.