Here's What You Should Know About House of Vans 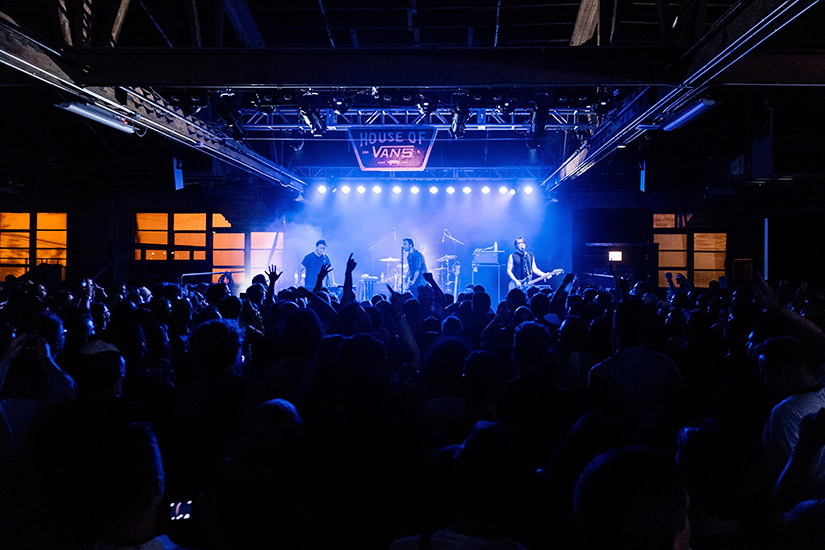 I pride myself on being ahead of the curve on a few things—ironically wearing Dickies work pants, the so-called prairie-core trend, activated charcoal. But it wasn’t until I saw a photo of creative director Kate Foley at fashion week, dressed in a shin-skimming white dress, holding a two-tone JW Anderson “Pierce” bag (price tag $2,000) and blue Vans high tops on her feet (price tag $80), that I realized I was sleeping on the latest sneaker to gain fashion’s blessing.

Vans seems to have fostered the kind of authentic connection to youth culture—though music, art, and, yes, skating—that eludes many legacy brands. It’s no wonder the fashion world, which is forever chasing the approval of the youngest generation, is paying attention. From linking up with cool-kid boutiques Opening Ceremony and Barney’s to its highly imaginative and covetable collaborations, the 52-year-old sneaker brand has gone from appealing to skaters in its native California to capturing a global audience.

So how did they do it? The secret may just lie in the brand’s embrace of experiential marketing long before the term became an overused corporate buzzword. “Face to face interaction has always been part of what Vans does,” says Alex Auchu, marketing manager of Vans Canada. “Whether it’s music, art, skateboarding, there will be something to experience and engage with. From intro skate clinics, zine workshops, live music, the community market or the skatepark there really is something for everyone.” Auchu is talking about House of Vans, the open-to-all art, music and skate pop-up coming to Toronto this week. These types of localized pop-ups are temporary versions of permanent House of Vans locations, which function like community spaces for concerts, skate clinics and art installations.

Earlier this month, I checked out the House of Vans in Chicago’s hipster haven, Pilsen. The hangar-like former body shop (eagle-eyed rom-com fans may note this was used as a set in 2006’s The Break Up) is now one part concert hall, one part skate bowl, one part art gallery and, notably, zero part Vans store. On any given night at House of Vans you can catch a show (I happened to be in town for Wolf Parade), grab a band tee, drink a local lager and get a photo booth snap all for free—and at no point are you urged to buy a pair of Old Skools.

This year’s Toronto pop-up is taking place from September 21 to 23 at The Bentway, a public space underneath the Gardiner Expressway. The three-day fest will see live music (D.R.A.M. is set to perform), local celebrity appearances (Matty Matheson will hold a cooking showdown), a market and a skate clinic—beginners welcome.

If after attending you, like me, feel like picking up a pair of checkerboard high-tops, that’s a bonus. The shoes do look great with a dress.