Female Fashion Designers are Looking to Themselves for Inspiration

The rise of woman-led fashion brands has given shoppers clothes inspired by reality, not fantasy. 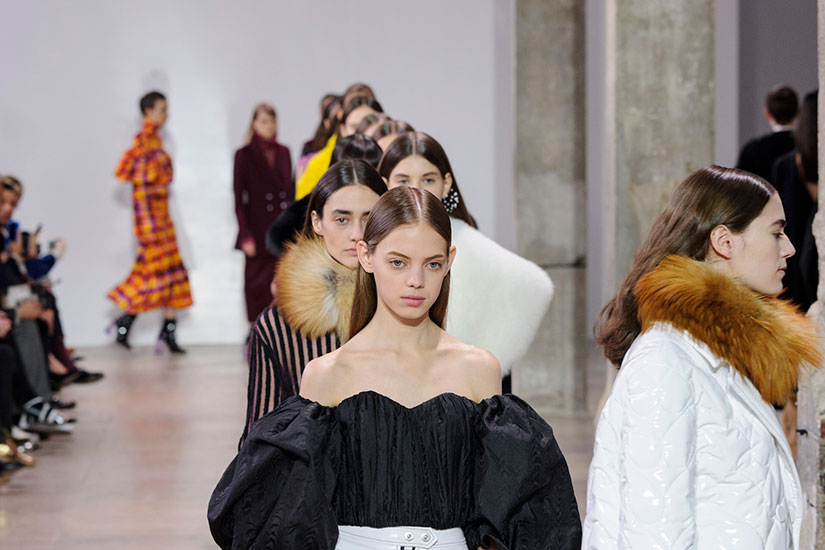 The archetypal meet-cute between fashion designer and muse is the stuff of legend. The most famous example is that of Jane Birkin and Hermès’ Jean-Louis Dumas. Birkin was on an Air France flight when her bag fell over and spilled its contents. Dumas, who was seated beside her, remarked, “You should have one with pockets.” Birkin replied, “The day Hermès makes one with pockets, I will have that.” “But I am Hermès,” Dumas pronounced, “and I will put pockets in for you.” The love child of this rendezvous, of course, is the famous Birkin bag. (I don’t know about you, but were my purse to somehow disgorge its contents mid-flight, I can assure you the incident wouldn’t result in an Hermès bag being named after me.)

The (flagrantly glamorous) designer-muse storyline once went like this: Male couturier is inspired by nubile female actress or model, and their careers are forever buttoned together (some classics: Hubert de Givenchy and Audrey Hepburn; Yves Saint Laurent and Catherine Deneuve; Karl Lagerfeld and Ines de la Fressange).

Today, the plot has been upended. The number of female fashion designers is on the rise, and Stella McCartney, The Row’s Ashley and Mary-Kate Olsen and dozens more are casting themselves (or their friends, sisters, colleagues) as their own muses and their own models. Just look at Victoria Beckham, who has built an entire brand based on how she likes to dress.

Margaret and Katherine Kleveland, sisters and founders of L.A.-based brand Dôen, are quick to name models Caroline de Maigret and Alyssa Miller as their inspiration, but they also cite each other. If Yves Saint Laurent made Catherine Deneuve a dress (literally) fit for a meeting with the Queen, then Dôen’s mission is more down-to-earth. “We saw a glaring gap in the market for clothing made for women by women that felt feminine, easy and natural,” says Margaret. “Our customer needs pieces to wear to work, to dinner and on the floor playing with Lego with her child,” adds Katherine. Dôen’s flowing prairie-style dresses seem fit for Laura Ingalls — if Laura were to gambol into this century, move to Silver Lake and start making her own oat milk. But a Dôen dress never looks more at home than when a Kleveland sister is wearing it, usually at a farmers’ market with beautiful children or a baby animal in tow.

Jen Mankins, owner of Bird, a Brooklyn-founded chain of boutiques, thinks designers using their own lives as mood boards is both inspirational and aspirational but also more accessible than a Givenchy-clad Audrey Hepburn on the steps of the Louvre. “Shoppers look to other people whose lives they connect to,” she says. “That’s why it’s so potent.”

The trend, of course, also comes by dint of technology. In the direct-to-consumer age, there is a more open and intimate feedback loop (or, at least, the illusion of one) between designers and their customers. Designers can model their clothes for all to see, lending a warmth and approachability to their creations. So at a time when authenticity is currency, the designer casting herself as her own muse also serves as a savvy business move.

There has, of course, long been an appetite for clothing wrested from the male gaze. This might explain the general outrage when Hedi Slimane took over French brand Celine from Phoebe Philo last year. Philo was beloved as a “woman’s designer” and fashioned clothes that braided together sobriety with confidence and femininity, marrying the realities of life with the fantasy of how we long to live it. This prizing of functionality over theatre, of wearability over art, seems at the heart of New York designer Rachel Comey’s brand. “When I think about designing a garment, I come from a more industrial-design point of view; I’m thinking about what she’s doing, how she wants to feel, what the temperature is,” Comey, who is a kind of designer laureate for the urban, smart and unrelentingly cool, tells me over the phone. Then there’s Paris-based Kym Ellery, who serves as her own kind of fit model. “I always want women to feel comfortable, and that’s something you can only understand when you’re wearing the garments yourself,” she says. Their inclusiveness — of reality, function and fantasy — is arguably part of their allure (and success).

Designers and best friends Emily Current and Meritt Elliott founded their brand The Great in 2015 on precisely this union of function and fantasy. Even the name The Great is based on the idea that magic lives in the quotidian. Current and Elliott (who launched their denim brand, Current/Elliott, in 2008) met at UCLA and quickly bonded over a shared passion for vintage jeans. The Great’s clothing — nostalgic embroidered tops, apron dresses and sweatpants softer than the pink-eared bunnies that make their way into its campaigns — conjures the fantasy of a life more gentle, more poetic, more cozy. The softness and ease of the clothing somehow telegraph the comfort Current and Elliott have with each other. When I met the duo last year at a sunshiny Blue Bottle café in West Hollywood, I could not have felt more uplifted if I had been having coffee with two California sunbeams.

I wore a prairie dress (with pockets) and tennis shoes for our meeting. (Alas, I didn’t have a goat as an ideal accessory.) But thinking back on that rendezvous now, I wish I had, I don’t know, spilled my oat-milk cortado on my dress. Maybe they’d have proposed to design another one for me in my name. A muse manqué can dream.