Celebrity fashion lines are no longer about getting the look for less. 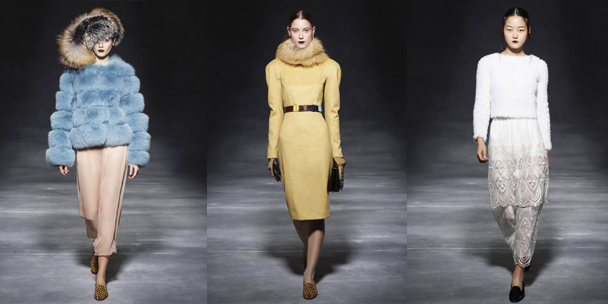 These days, you can’t move for a celebrity-peddled fashion line. From Jessica Simpson jeans to Jennifer Lopez jewellery to Kim Kardashian’s endless “Kollections” – to say nothing of clothing ranges for Kmart, Wal-Mart, and Macy’s by teen queens like Selena Gomez and Miley Cyrus and Madonna’s daughter, Lourdes Ciccone, respectively – celebrity fashion branding is now standard issue.

The appeal of celebrity fashion lines is obvious – a way for A-listers (and, let’s face it, many, many D-listers) to cash in while movie-star-obsessed shoppers can get in on some affordable piece of
Hollywood glamour. But while celebrity fashion lines previously targeted a decidedly more down-market customer, namely teenagers, a new breed of celebrity designers is embracing luxury fashion with five figure price tags and courting an affluent clientele.

Victoria Beckham has never been shy about grabbing headlines but when the former Spice Girl launched her eponymous label to rave reviews in 2008, it marked a paradigm shift away from lower priced celebrity fashion lines to one that was unapologetically up-market. Prices for her feminine and instantly wearable dress designs, carried at Holt Renfrew in Canada, start at $1,800 to north of the $4,000 range. Having evolved into one of the star attractions of the New York Fashion Week schedule, this season she’s added shoes and handbags, including a $30,000
alligator skin tote, to her roster of must-haves.

The exorbitant price tags give new meaning to the term “sticker shock” but Posh is an entrepreneur to be taken seriously. As one of the very few celebrity fashion success stories, starlets like Gwyneth Paltrow, Beyonce and Gisele Bundchen clamour to wear her frocks on the red carpet and last month, a spokesperson for the label said the star is on track to make $100 million this year from her fashion lines alone. With the launch of her new diffusion line, Victoria by Victoria Beckham, set to be delivered for spring 2012, that figure is sure to rise for the coming year.

Want to know what other celeb designers have made crossed over to the luxe market? Read on to the next page…

The Olsen empire
The Olsen twins, Mary-Kate and Ashley, have a celebrity fashion empire that’s got almost as many moving parts as the long-running sitcom that made them rich and famous. Elizabeth and James, Olsenboye, and Style Mint form part of their ever-expanding fashion stable but it’s The Row, their high-end offering inspired by the craftsmanship of Savile Row, that has earned them fashion cred and controversy.

This season, the mini-moguls launched their new handbag collection for The Row, a move that wouldn’t have been altogether newsworthy until the price points became public. One of the bags, a backpack crafted out of alligator skin that comes with an eye-watering $39,000 price tag, sent the blogosphere into overdrive and even landed on Anderson Cooper’s “Ridiculist”, with CNN’s silver fox pointing out that it’s worth as much as the average starting salary for a teacher or a new Nissan Sentra.

Sticker shock hasn’t stopped it from flying (or gently wrapped and placed in a safe) off the shelves. “It was the first thing that sold off the shelf,” Ashley Olsen told Women’s Wear Daily, noting that extreme luxury tends to perform well during uncertain economic times. “During our last economic crisis in the U.S., the only thing that went up was Hermès,” Olsen remarked.

Celebrity fatigue?
Ms. Beckham and the Olsens are unquestionably celebrity fashion’s most successful upscale celebrity designers but that hasn’t stopped others from following suit. Chloë Sevigny has $400 shoes for Opening Ceremony, Katie Holmes-branded suit jackets are $2,950 at Barneys, and Ivanka Trump’s fine jewelry line at Birks includes $100,000 diamond rings, for instance. Whether it’s due to oversaturation, competition or simply a desire to differentiate, the glow has worn off for some mass celebrity fashion lines and been replaced by celebrities who put their names on more serious and expensive pieces and emerge as bona fide designers.