Fashion is banking on the mindfulness movement

Designers are feeling the burnout and embracing a slower, more introspective approach. 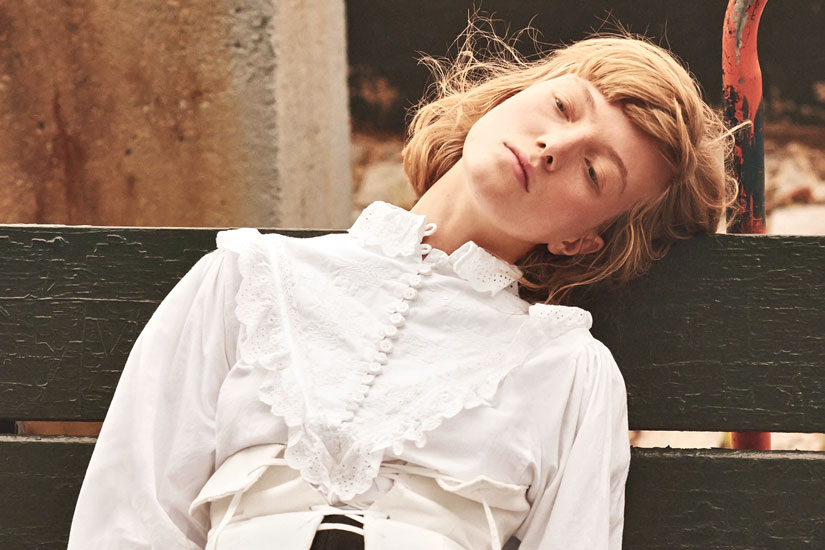 Last year, when designer Demna Gvasalia announced that he was moving his Vetements studio from Paris to Zurich, the fashion world was taken aback. Why would the industry’s reigning enfant terrible leave the centre of the universe for a much smaller city in northern Switzerland? It turns out that Gvasalia was ready to bid adieu to the bustling metropolis to pursue a quieter lifestyle. He even began practising mindfulness by meditating for an hour every morning. It’s well deserved. The designer, who also helms Balenciaga, typically puts out 10 collections a year to fill the demanding fashion calendar. For Vetements spring/summer 2018, however, he skipped the runway altogether. Instead, Gvasalia casually photographed his designs on seemingly random Zurich residents, from small children to seniors. The garments were reworked designs from previous seasons, a deliberate slowdown of the fast-paced industry where the phrase “burnout” is becoming increasingly common.

Then there’s Nicolas Ghesquière, who, after abruptly leaving his post as creative director at Balenciaga in 2012, spoke openly about his frustrations of balancing the iconic brand’s creative and commercial directions. The following year, Ann Demeulemeester retired from fashion altogether. The Belgian designer later told The New York Times that she finally felt like she “didn’t have a rope around her neck.” And when Raf Simons left his dream job at Dior in 2015, he did so out of a desire to focus more on his personal life and later admitted how churning out collection after collection each season affected his design process. (He has been chief creative officer for Calvin Klein since August 2016.) It seems that keeping up with the fashion calendar is pretty draining. “Designers and people in fashion are constantly anxious about what’s next and about all the new ideas you need to generate,” says New Zealand-based designer Karen Walker, who showed at New York Fashion Week for over a decade before pulling out in 2016. “You’re 100 percent living in the future in this business.”

Like Gvasalia, Walker practises daily meditation. She says it has helped her approach design from a “neutral, calm, unreactive place,” adding, “It’s basically about focusing the mind and resetting it so that it can then go about its tasks in an effective way.” Indeed, studies have linked practising mindfulness (the state of being in the present, not fixating on the past or the future, and avoiding self-judgment) to increased productivity and happiness at work. It can also improve our reactions to stressful situations – Fashion Week, anyone?

Being present can even lead to creative breakthroughs. Jewellery designer Amanda Assad Mounser has incorporated mindfulness into her working process by starting brainstorming with stream-of-consciousness writing. “Often, a writing session can morph from words into sketches,” says the New York-based designer. “It is a way to get my brain working.” That sentiment comes across in her work: Her sculptural pieces are abstract interpretations of nature, often with kinetic elements responding to movement and balance. There is a calm, dreamy quality to them.

A healthy dose of dreaming also inspired Walker’s spring/summer 2018 collection. Titled “Escapism,” it sees its heroine on a whimsical journey dressed in lush botanical prints. She is unlikely to spend countless hours at her desk staring at a computer screen. Walker’s client is not the only one hoping to unplug from the world this season. London-based Jonathan Anderson worked with the idea of sanctuary in a hectic reality at his spring/summer show. “Media makes us hysterical,” he noted backstage during London Fashion Week. “We have to go back to what we know to be humanly grounded.” That sentiment manifested itself in carefree linens and nubby knits, and the designer’s signature knit corsets were paired with casual wrap skirts that had a homemade quality. Models’ feet were firmly planted on earth in linen and suede espadrilles.

It’s easy to see the appeal of these physical interpretations of mindfulness, what with our foggy mental state thanks to a laundry list of social ills – be it sexism, social media, Trump or impending Armageddon. “In an era of near-constant uncertainty, the movements of mindfulness and spirituality are more influential than ever,” says Hannah Craggs, trend forecaster and colour editor at World Global Style Network.

And, of course, there’s big business in selling Zen. Overstimulating shopping interiors are being eschewed in favour of spa-like environments with fewer products and more experiences. Marks & Spencer recently launched the Frazzled Cafe, a mental-health drop-in centre, in 11 stores as part of an initiative designed to alleviate stress, while Saks Fifth Avenue’s flagship location recently tested The Wellery, an entire section of the store dedicated to wellness services such as classes, guided meditation and salt-therapy rooms. Helmut Lang’s new Los Angeles flagship by Standard Architecture features an indoor green garden, while a new Aesop shop in Montreal by Alain Carle Architecte uses natural materials and abstract video to mimic the look and feel of water. Make no mistake: A lifestyle choice is being sold here.

Then again, of all the messages brands inundate us with every day (Be skinnier! Be hotter! Drink chic vodka and guys will love you!), mindfulness isn’t the worst. What would make it more palatable is if this ethos spread across companies – from the stores to the runways to the CEOs to the head offices. (Wouldn’t the world be a nicer place if, like at the Eileen Fisher head office, every meeting began with a brief meditation thanks to the centred designer?) Or maybe we should all just take a page from Gvasalia’s book. He returned to the runways in January, albeit off the official Paris Fashion Week Men’s schedule. And among his expected repertoire of deconstructed garments was a T-shirt that read simply “Hi, I Don’t Care. Thanks.” It’s conceivable that he doesn’t, or at least that he’s beginning to form his own narrative and schedule in the never-ending grind that is the fashion business. And all it took was a little mindfulness.