Highlighting noted fashion designers (Christian Louboutin, Jason Wu) and notorious style eras (punk, club wear), museums are your best bet for your fashion 101 fix this year. A look at the top 10 fashion exhibits around the globe to visit in 2013. 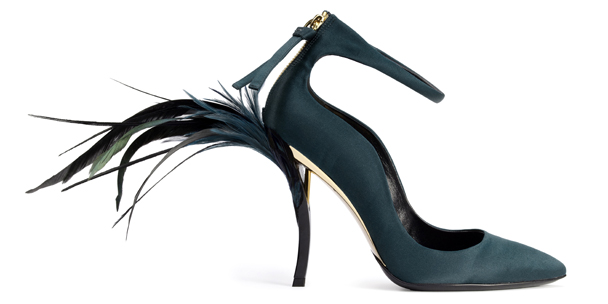 Fashion exhibit: Shoe Obsession
Where: The Museum at the Fashion Institute of Technology (MFIT), New York

A stylish collection of the greatest well heeled, this exhibit features 150 pairs of stiletto and rhinestoned artwork from such
namesake shoe couturiers as Christian Louboutin, Manolo Blahnik and Roger Vivier.

A portrait (well 80, plus period costumes, photos and accessories) of the intersection of fashion and art in Paris as captured by the Impressionists— Manet, Monet, and Renoir—from the mid-1860s to 1880s, which coincidentally coincides with the emergence of the City of Lights as the style capital.

Likely the hautest archives ever on display,
Paris Haute Couture presents the decadent history of the city that gave birth to haute couture in the mid-19th century with relics including those flapper-inspired 1920s Chanel dresses, pieces by French designer Paul Poiret and creations from Cristobal Balenciaga – among many of the noted fashion designers honoured.

From Anna Sui and Vera Wang in the 80s to contemporary favourites Jason Wu an Derek Lam, this exhibit traces the impact of 17 Chinese American fashion designers who helped transform New York from a garment centre to fashion capital.

Fashion exhibit: Artist/Rebel/Dandy: Men of Fashion
Where: The Museum of the Rhode Island School of Design, Providence

In this celebration of the dandy (those dapper, culturally savvy dudes), famously well-suited vivants—from Oscar Wilde and George IV to
Vogue’s Hamish Bowles— are finally given their long-awaited hat tip, with over 200 artifacts, including clothing, paintings and photographs—and a pair of replica Andy Warhol shoes, made by Ferragamo.

Which of the eccentric Brit fashion designers gets an exhibit this summer? Read on to find out!

Fashion exhibit: PUNK: Chaos to Couture
Where: The Costume Institute, Metropolitan Museum of Art, New York
When: May 9 to Aug 11

The badass fashion trend inspired by likewise bands in the 70s—The Sex Pistols, The Ramones, The Clash—punk moved its way from the streets of London and New York to the haute couture and ready-to-wear collections of designers from Gianni Versace to Alexander Wang. PUNK features approximately 100 men and women’s designs, with a focus on Malcolm McLaren and Vivienne Westwood, who propelled this social and fashion movement to the mainstream.

Fashion exhibit: Christian Louboutin
Where: The Design Exchange, Toronto
When: June 21 to Sept. 15

Twenty years of the French shoe designer’s iconic canon will be on display in Toronto this summer, fresh off the (red-sole) heels of its run at London’s Design Museum. The retrospective draws from Louboutin’s personal archives and features his latest designs, including a men’s collection and line of handbags.

Fashion exhibit: From Club to Catwalk: London Fashion in the 80s
Where: Victoria and Albert Museum, London
When: July 10 to Feb. 16, 2014

An exploration of the fab clubbing wear sported by eccentric Brits like John Galliano and Vivienne Westwood, which preceded the theatrical and flamboyant runway looks that defined 1980s London style.

Fashion exhibit: Zandra Rhodes Unseen
Where: The Fashion and Textile Museum, London
When: July 12 to Aug. 31

A visual celebration to mark the 10th anniversary of the museum founded by the whimsical Brit designer in 2003, the exhibit showcases designs and sketches from Rhodes’s storied career.

Fashion exhibit: The Fashion World of Jean Paul Gaultier: From the Sidewalk to the Catwalk
Where: Brooklyn Museum, Brooklyn
When: Oct. 25 to Feb. 23, 2014

The exhibit dedicated to fashion’s notorious enfant terrible, organized by the Montreal Museum of Fine Arts, makes it’s way to Brooklyn later on this year after tours in San Francisco, Madrid and Stockholm. This next stop for The Fashion World of Jean Paul Gaultier promises never-before-seen material of the Paris designer’s 37-year career.