Here's what got us talking this week. 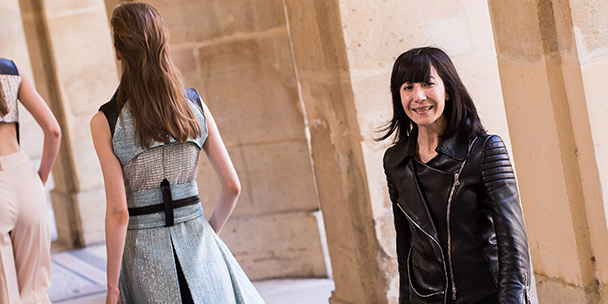 Lanvin appoints Bouchra Jarrar as new creative director
After an ugly break-up with former creative director Alber Elbaz, and not-so-nice reviews of its fall 2016 (creative director-less) fashion show in Paris, Lanvin announced today that it has appointed Bouchra Jarrar as the new Artistic Director of Women’s Collections. Jarrar, who launched her eponymous label in 2010 previously worked under Nicolas Ghesquiere during his time at Balenciaga. Her first collection for the fashion house will be the resort 2016 show in June.

Manu Atelier releases a bracelet by women for women to celebrate International Women’s Day
On March 8th, Manu Atelier released the One Million Sisters Bracelet with help from global ambassadors Christy Turlington and Caroline de Maigret. Sold exclusively on Stylebop, all proceeds from sales go directly to One Million Sisters, a new charity set up to support women around the globe. You can buy the bracelet here.

Coach hosts prom night to celebrate Paris Fashion Week
Coach hosted a fashionable prom night in Paris to kick off fashion week. With a guest list that included Suki Waterhouse and Chloë Grace Moretz, and performances by Debbie Harry and Mark Ronson it was truly a night to remember. Check out the video to get a peek into how fashion does prom.

Levi's Jill Guenza explains exactly how to rip your jeans at home.

How to Wear Leggings: 10 Fashion Rules

Into the Blue: the Everlasting Jean Reign

Designers Are Bringing the Shroom Boom to the Runway